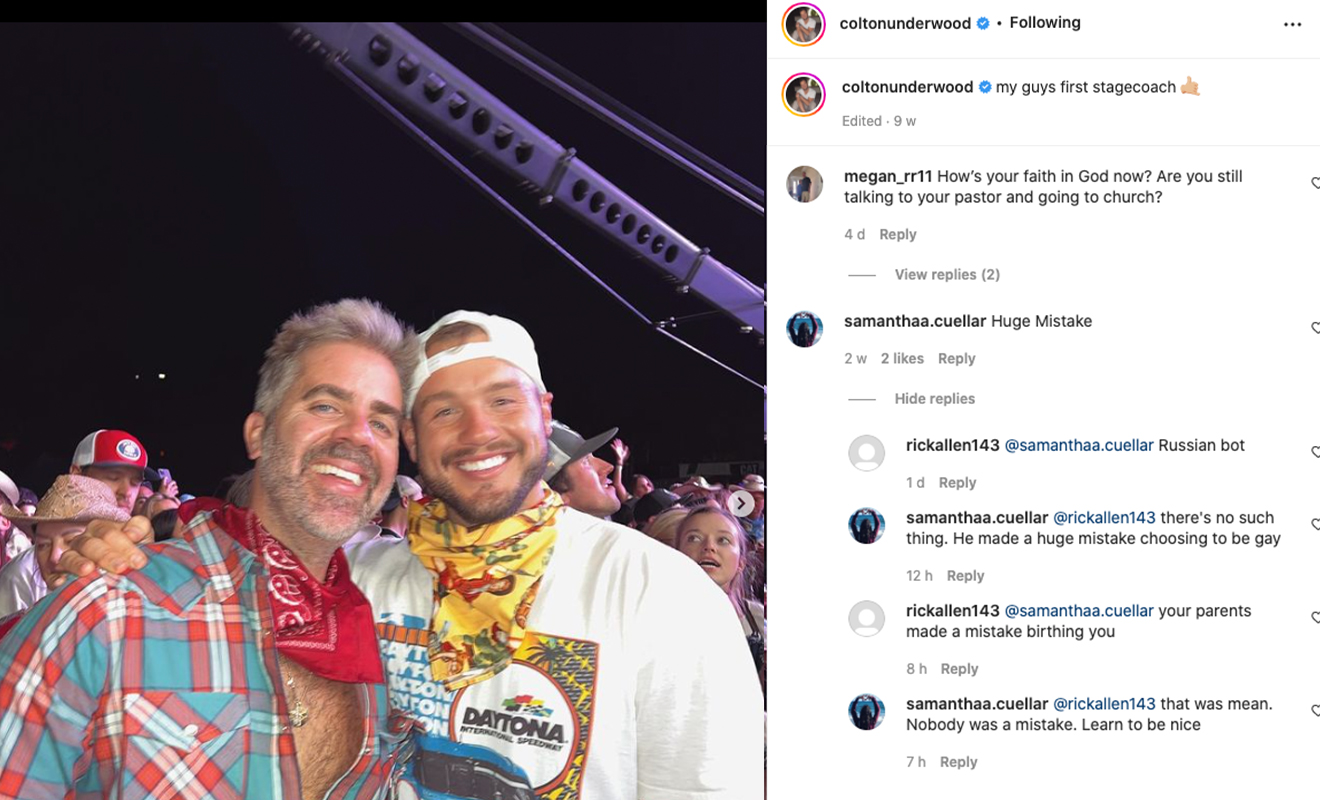 When Colton Underwood posts photos of his fiancé on Instagram, there are a few things one would expect to see in the comments. Perhaps people praising the star for his openness and congratulating the couple on their forthcoming nuptials. But, unfortunately, the internet proves once again how ugly it can sometimes be. Colton decided to defend his fiancé and call out the nasty comments, reports Out.

WHAT’S LOVE GOT TO DO WITH IT?

A common turn-of-phrase for homophobes turning their ire on gay people is, “God wouldn’t approve of this”. The commenter on Underwood’s Instagram post more or less followed this formula. “You think God would honour this?” they wrote.

Usually choosing to rise above the fray, the former NFL player surprised his followers when he chose to respond via an Instagram story. It can be difficult to engage with homophobic rhetoric by taking the high road. Nonetheless, that is exactly what Colton did, reports Out.

“Yes. God would for sure honour my love for another human being,” he says. The star is not known to clap back, as tempting as it must be, instead opting to generally ignore hateful dissenters. A quick scroll through the ex-Bachelor contestant’s feed and there are handfuls of nasty things being said.

“He made a huge mistake choosing to be gay,” says one troll. Others have said, “Lost soul” or “Gross” under other pictures of him and his partner. After being very open about struggling with mental health, it’s heartwarming to see Colton Underwood take a firm stance against anonymous bullies.