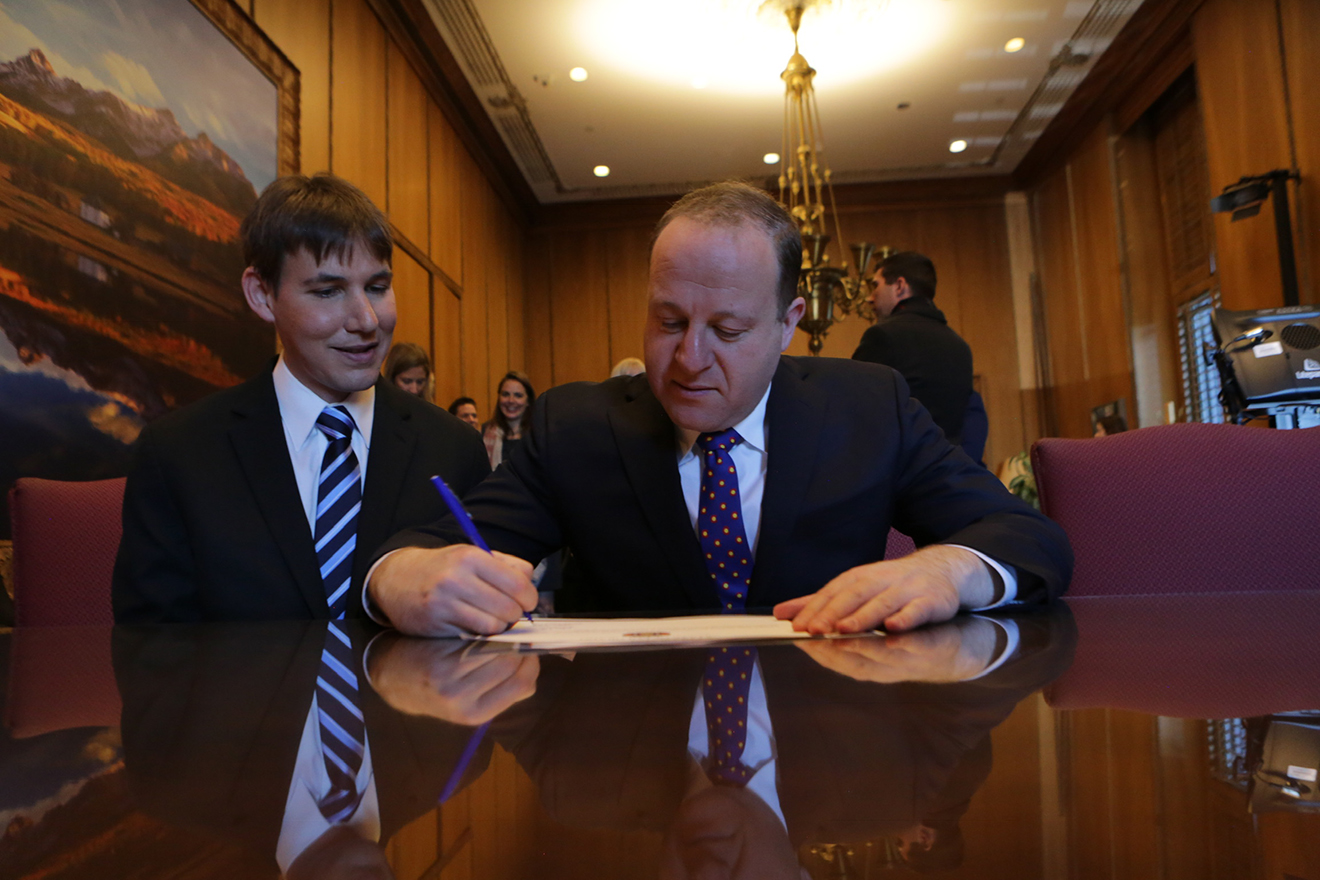 Colorado’s out governor has signed four pro-LGBTIQ bills into law this week including one that bans gay and transgender panic defences.

After signing the bills, Jared Polis, who is the United States first out governor, said Colorado has “come a long way… since our days as the Hate State.”

“We really went from a place where discrimination was legalized in the 1990s to where we are today, where Colorado is a leader,” said Polis, referring to Amendment 2, which banned local governments from passing laws that protected people from discrimination based on sexual orientation in 1992. Amendment 2 was challenged in court and led to an early LGBTQ Supreme Court victory in Romer v. Evans.

Included in the four bills was one that bans gay and transgender panic defence. Making Colorado the 11th state in the United States to ban a defendant from claiming they attacked their victim because they felt their heterosexuality was threatened.

“When somebody is targeted because of their sexual orientation or gender, we want to make sure that that victim has a fair day in court, and this bill is going to help us ensure that there aren’t biased arguments or bigoted arguments in our courtrooms here in Colorado,” said Colorado prosecutor Amanda Gall, who supported the bill.

“This bill is going to make it possible to have safer and healthier communities for all in Colorado,” Gall said.

“For me, what this bill really means is protecting black trans women, who are the most vulnerable of the communities we’re trying to protect here,” said state Rep. Brianna Titone (D) at the signing ceremony.

In addition Polis signed a bill that allows pharmacists to prescribe and dispense PrEP and requires health insurers to pay for the medication that prevents HIV transmission.

Proponents of the bill said that it would increase the use of PrEP, especially among people of colour and people who live in rural areas who face barriers to seeing doctors.

“All Coloradans deserve access to life-saving medical care, and this new law will ensure that the most systemically underserved groups have that access,” bill co-sponsor State Rep. Leslie Herod told the Colorado Times-Recorder. “HIV impacts the most vulnerable and disadvantaged in our state, often people of colour who already face systemic health disparities and barriers to getting the care they need. This law will reduce the stigma of HIV and save lives.”

Finally, Polis signed a bill that makes it easier for minors to correct the gender markers on their state documents, including birth certificates and driver’s licenses.

In order to correct the gender listed on their documents, minors in Colorado used to have to show proof of “medical transition.” Now a statement from a medical or a mental health professional stating that someone identifies as a different gender is sufficient.