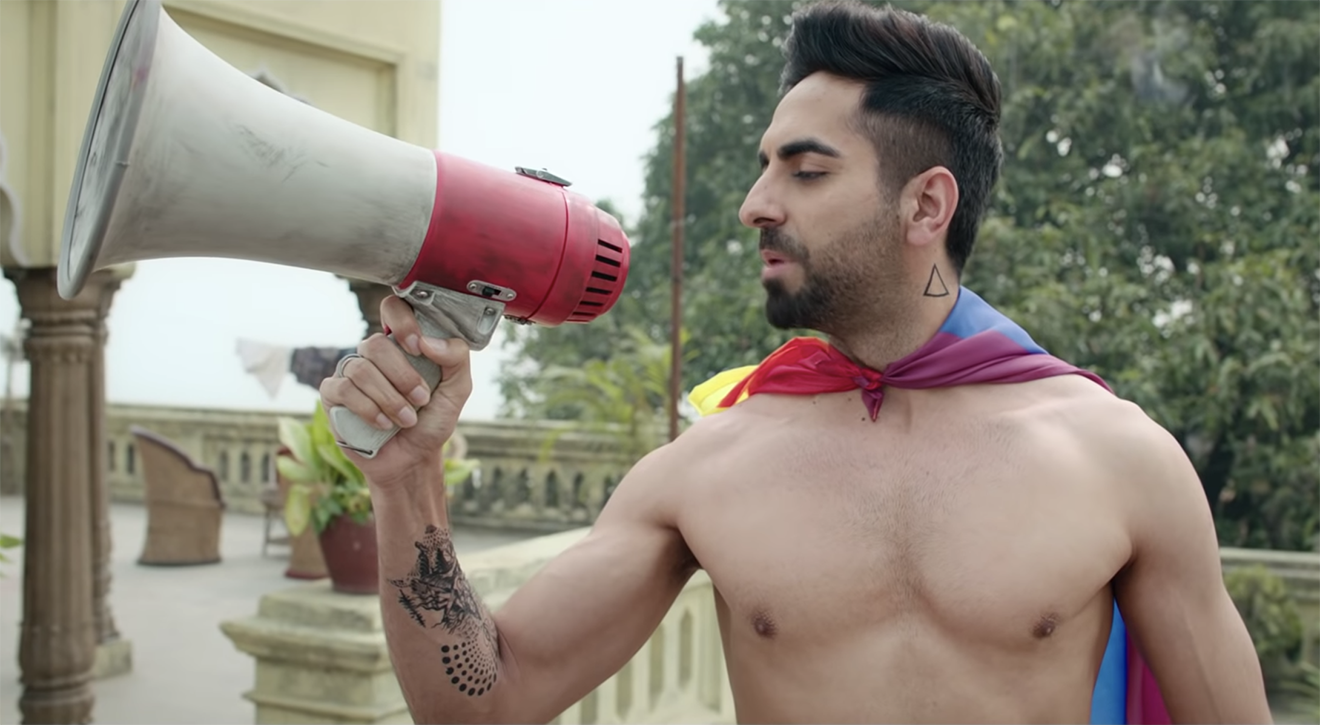 On 21 February Shubh Mangal Zyada Saavdhan (Be Extra Careful About Marriage), will hit cinemas and unlike Bollywood’s previous rom-coms it features a gay lead character.

Starring Ayushmann Khurrana as a young man fighting anti-gay stigma in his society and family, there’s hope it will also help break down India’s homophobia.

Its trailer, which has accrued more than 50 million views, features a shirtless Khurrana wearing a rainbow flag as a cape and denouncing the “disease” of his father’s homophobia. The clip also shows a flash of a kiss with a male romantic interest.

Hitesh Kewalya who wrote and directed the film wanted to present gay people in a way that wasn’t making fun of them. Instead the film was made “in such a way as to make it accessible, and humour seemed to be the natural choice to achieve that,” Kewalya told Agence France-Presse.

Bhushan Kumar, the chairman of T-Series, which co-produced the film, said Shubh Mangal Zyada Saavdhan is poised to challenge these taboos, especially for older audiences.

“We have an interesting message – of societal acceptance – albeit in a much more fun manner so that it reaches more people and helps them re-evaluate their pre-conditioned thoughts,” Saavdhan told AFP.

Shubh Mangal Zyada Saavdhan is released Friday in India, and it remains to be seen how it will be received by the public. Fire, a 1996 film about a romantic relationship between Indian women, sparked protests and a national conversation about free speech and LGBTIQ visibility.