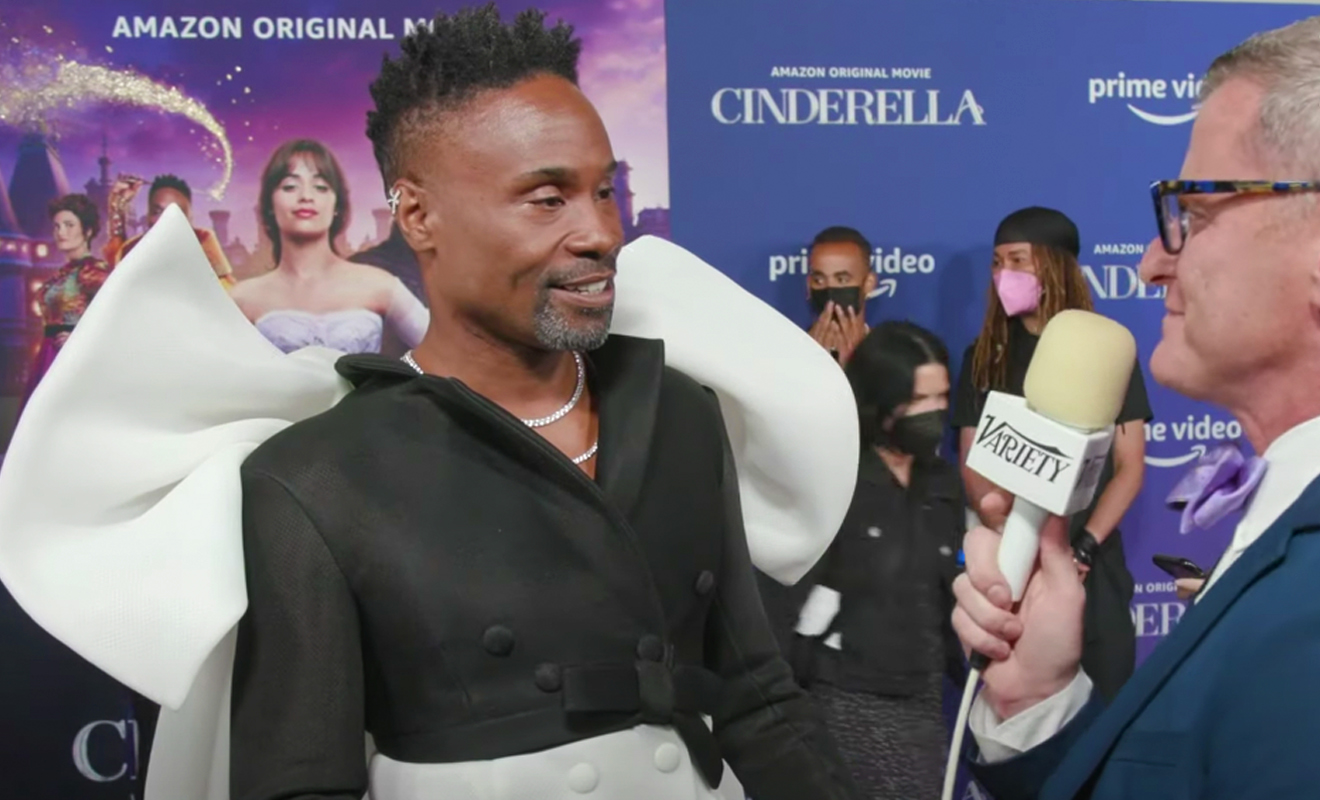 Star of Pose and Amazon’s upcoming film Cinderella, Billy Porter, is to be honoured at the Elizabeth Taylor Ball to End AIDS Gala at the end of this month, reports Variety.

Porter, who only recently publicly announced his HIV-positive status after being diagnosed in 2007, will receive an Elizabeth Taylor Commitment To End AIDS Award alongside Dr Anthony Fauci, amFAR (Foundation for AIDS Research) and Sandra Thurman.

Elizabeth Taylor created the AIDS Foundation in 1991 after spending close to ten years advocating for greater research into HIV/AIDS and better patient care for those suffering during the AIDS crisis. The foundation initially provided critical care and support services for those suffering, and also provided prevention and educational materials to communities most in need.

Porter also wowed crowds this week at the Cinderella premiere in Los Angeles, wearing an up-cycled black and white ensemble made from recycled fabrics, designed by Mohamed Benchellal. Playing the fairy godmother, known as Fab G, Porter embodies the idea that, “magic has no gender.”

Cinderella will premiere on September 3 on Amazon Prime.