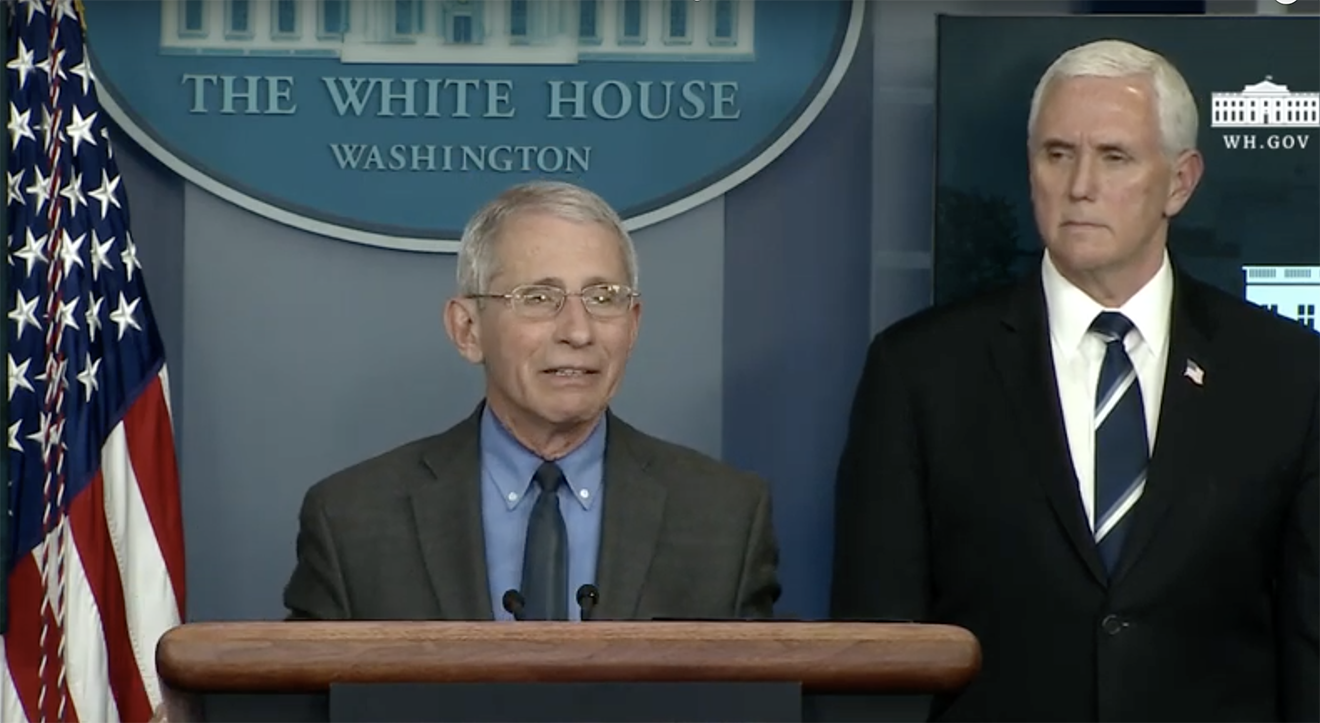 Dr Anthony Fauci, a member of Trump’s Coronavirus Task Force, called out the “extraordinary stigma” faced by the gay community during the HIV epidemic and praised their “strength and activism” .

Dr Fauci, speaking in front of anti-gay Vice President Mike Pence, was talking about the impact of the coronavirus on certain disadvantaged communities compared to the wider population. LGBTQ Nation reports, Michigan’s African-American community makes up 14 percent of the state population but account for 35 percent of all coronavirus cases and 40 percent of coronavirus deaths.

As one of the United States’ most prominent infectious disease experts, Dr Fauci, spent a significant part of his career fighting HIV. It was this experience that led him to connect the disadvantage experienced by the LGBTIQ community and what minorities are experiencing now in relation to the coronavirus.

“During that time, there was extraordinary stigma, particularly against the gay community,” Fauci said at a press conference yesterday. Pence, who was also at the press conference, has a history of promoting an anti-gay agenda.

“It was only when the world realised how the gay community responded to this outbreak with incredible courage and dignity and strength and activism – I think that really changed some of the stigma against the gay community, very much so,” said Fauci.

“When you’re in the middle of a crisis, like we are now with the coronavirus, it really does have ultimately shine a very bright light on some of the real weaknesses and foibles in our society,” Dr Fauci said.

Pence, who quietly stood behind Dr Fauci, is a man who used his position as governor of Indiana, and as Vice President to help maintain the stigma of HIV.

In 2000, when Pence was running for Congress, his campaign website’s policy section said Congress should conduct an audit to see if federal money is “being given to organizations that celebrate and encourage the types of behaviours that facilitate the spreading of the HIV virus.”

“Resources should be directed toward those institutions which provide assistance to those seeking to change their sexual behaviour,” his website said at the time, implying conversion therapy was a way to fight HIV.

He voted against all LGBTQ legislation when he was in Congress, calling it part of a “radical social agenda” and saying that LGBTQ families are not “the safest harbor for children.”

In an address given on World AIDS Day in 2018, Pence failed to mention the LGBTIQ community. He delivered a keynote address at the anti-LGBTIQ organisation Focus On The Family, which was founded by James Dobson who wrote that it was important to raise boys to be heterosexual to avoid “exposure to sexually transmitted diseases such as AIDS and tuberculosis, and even a shorter life span.”