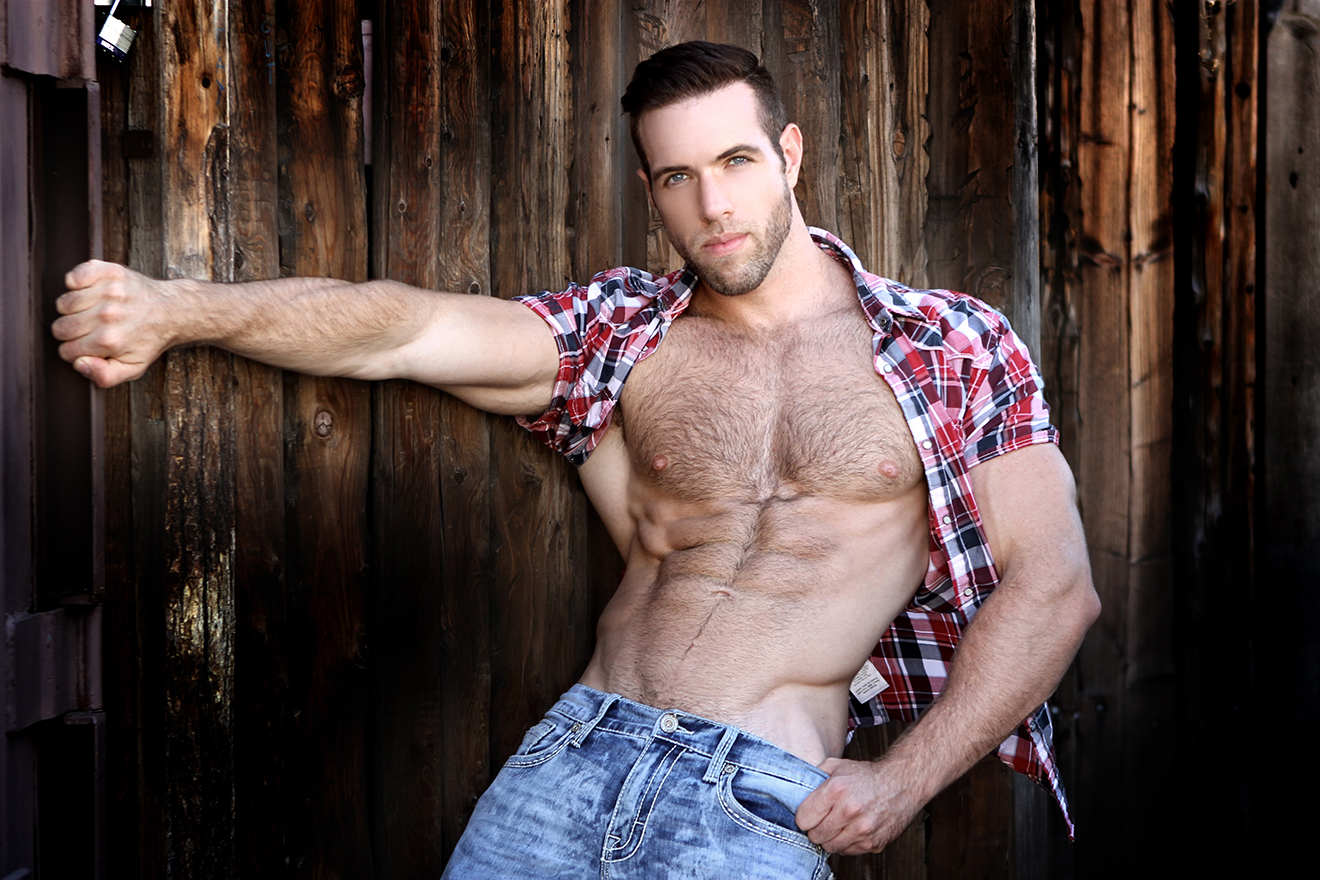 Alex Mecum is happily married, cares not for accolades and has a compassionate, humanist heart.

In 2017 You won XBIZ Awards Gay Performer Of The Year. How did you feel when they called your name?
Honestly, I was quite indifferent. I had no idea my name was called or that I was even nominated. Because of that, I was completely oblivious to the award. It was nice hearing I won it through this interview though! I think the award would be better suited for other people who might place more value in it. I don’t really care about awards.

Yes, let’s discuss that.
For the sex part, we both view sex as a human need that can be used for different things. It could be used in a purely selfish way where another person is merely a means to gratify an animistic desire. Sex can be a way to submit to power or to show power, it can be an expression of art or passion, or a means to increase intimacy. Sex can be used to express anything. Carter and I share the type of sex that we don’t get with other people, so we aren’t sharing anything and there’s no reason for jealously.

And the competitiveness?
As I said before about awards, I don’t generally feel competitive. We’re not in a race to cure cancer. Sex is just sex.

You recently moved to Canada to be with Carter. How did you find that both socially and professionally?
Well, I thought I’d get my permanent residency a lot faster than has been the case! Filming in the States is still my primary livelihood so I’m just in Canada as a visitor. I also have a job telecommuting to the States so I do have something driving me forward in my career of choice. Eventually, I’d love to work full-time and have teams to work with here in Canada. My social and professional life have definitely suffered because of the move but I know it will have an end once I can actually be here as a resident.

In the USA at the moment, LGBTIQ rights and women’s rights are being restricted by government. Care to comment?
As Hillary Clinton said, “Women’s rights are human rights.” Minorities will always have to fight for the right to equal treatment, even if the majority of people have no malicious intent. We can be easily over looked, especially non-visible minorities. Women, however, make up about half of the population and to see women receiving different treatment in the eyes of the law from men is blatant and wilful ignorance. When societies adopt laws that treat women differently to men you can be sure that minorities are going to suffer, too. This is why I find Ruth Bader Ginsberg’s life work so inspiring.

Read the full interview with Alex in DNA #236 available from DNAstore.