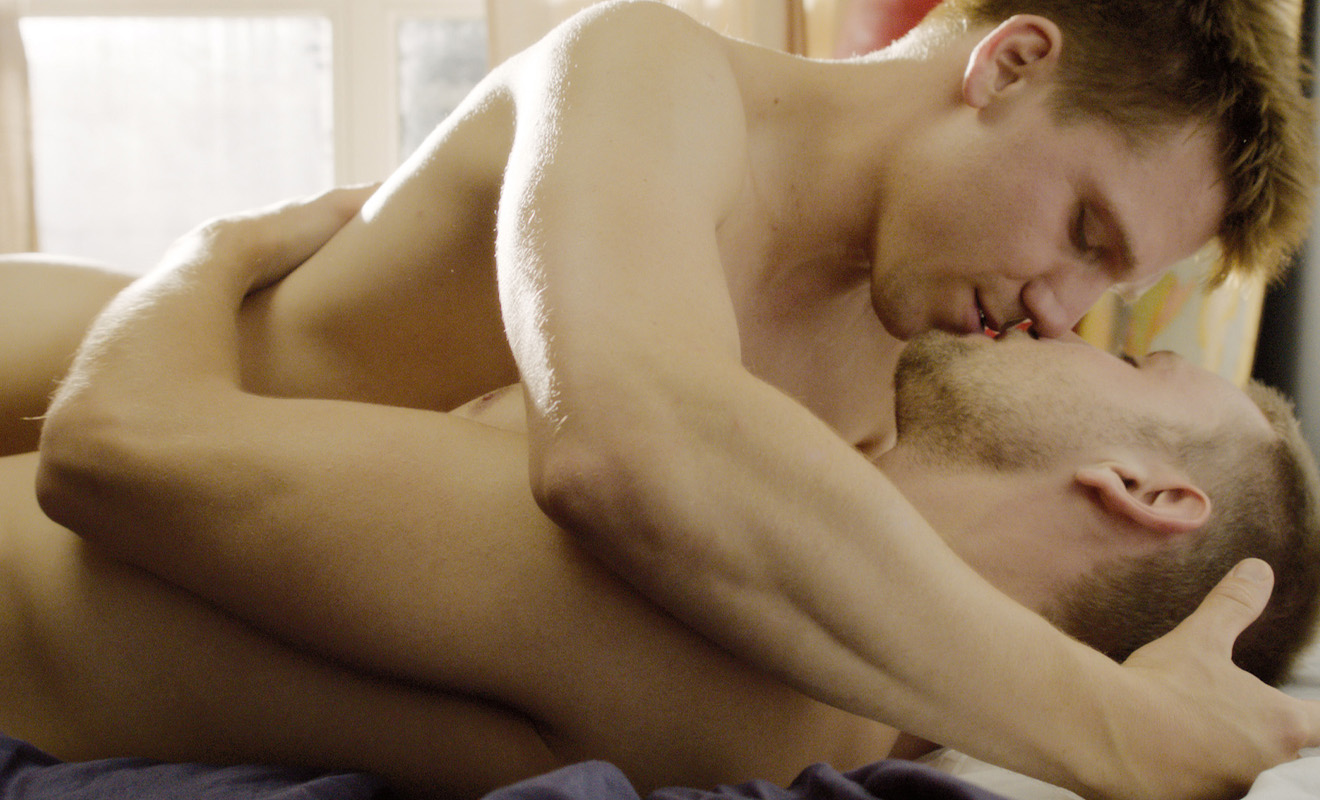 The Queer Screen Film Festival is on and available to viewers across Australia by digital subscription. We chose five of the best…

A couple of German cops, Marc (Hanno Koffler) and Kay (Max Riemelt), fall for each other amid the rough-and-tumble testosterone-charged police environment. Things are complicated by the fact that Marc has a girlfriend – and she’s having his baby.

For good reason it was called the German Brokeback Mountain on the poster. Although Marc and Kay don’t spend months alone up a mountain, they do work as part of a riot police squad and that environment is about as rocky as it gets for two macho guys trying to keep their affair a secret.

It’s an interesting look at the perfect life – domestic bliss, happy marriage, baby on the way – suddenly going into free fall when something completely unexpected and for which no one is prepared happens.

It’s not as polished as the Ang Lee film but it carves out its own space admirably.

A sequel, Free Fall 2, was begun with the same team but production appears to have stalled. (2013, unclassified 18+, 97 mins, subtitled)

This is a delight. Alexander Liu, 36, is a good-looking Asian-American man who wants to discover why he’s so ill at ease on occasions with his own sexuality and why we all find so many aspects of our sexualities sometimes confoundingly embarrassing. “Frankly, as a youngster, sex messages scared the fuck out of me!” he admits to camera.

And he’s determined to front up, no matter how awkward it gets. And it will!

He explains Americans are raised to fear sex, and he wants to know why.

He starts with Alfred Kinsey who established that (1) all Americans masturbated, (2) premarital sex was common and (3) homosexuality was normal. Spurred on, Alex investigates why do we fear pleasure?

A scientist explains orgasm is a workout for body and brain. The takeaway is that feeling good is good for you, demonstrably. Interestingly, the key hallmark of depression is the inability to experience pleasure.

Alex, red-faced, emerges from the MRI. “You may be embarrassed,” says the man in the white coat, “but please come again.”

He sits down with a priest and is caught off balance when he hears that Jesus knows and appreciates we are, at heart, sexual beings and it’s no bad thing.

No stone is unturned, no fear unchallenged, no fetish left in the shadows. And what makes it all so thoroughly enjoyable and rewarding is Alex himself. Fresh-faced, engaging, vulnerable and not shy of giving anything a go, he’s the ideal guide to hold your hand as you stare down the sex-shaming dragon together. (2021, 76 mins, unclassified 18+)

What begins as the standard story of a gay man caught in the crosshairs of tradition/religion/family, albeit from a novel cultural perspective, gradually becomes much more, simply because of the way he manages to work out his own solution.

And what a process it is.

Culturally, it’s complicated. Beyto is a Turkish man living with his conservative family who’ve made the move from a farming region near Istanbul to live in an urban area in liberal Switzerland.

Racist taunts, gentle not vicious, point up the crossfire. Beyto, whose family owns a kebab shop, is called a “fucking Rösti muncher”. The taunts get more serious when Beyto realises he has the hots for Mike, who’s out and on the same swim team. Gradually the pair develop a friendship based on mutual attraction, something unexplored but long-yearned for Beyto. He explains to Mike that “gay” in Turkish literally means “ass-giver”, conveying so much about his suffocating background with that one little gem.

A carefree afternoon for Beyto at a local Pride festival – “that demonstration where men kiss men” – is his undoing when he’s spotted kissing a guy by two towns women who dob him in to his mother.

Angry and heartbroken, his parents take him back to Turkey to marry a young woman they’ve picked to save him. “But she’s like a sister to me!” he wails. “What more could you want?” Mum counters with no logic at all. Adds Dad: “I promised your grandfather. The whole village knows about the wedding. Don’t embarrass us.”

Trapped on all sides, he ends up locked in wedlock. And then his troubles really start. He can’t be the husband his wife needs, he’s not the son his parents want, and not even Mike wants to know him.

Beyto’s workmate at the kebab shop asks: “Did you and Mike have sex?” Newlywed Beyto confides: “Yes, and it was amazing.” “What a mess.” He got that part right.

But then Beyto gets creative. After several dead ends he works out a solution. It might not be what you’d do, but then maybe you haven’t been in his situation. (2020, 98 mins, unclassified 15+, subtitled)

This beautifully shot film unfolds like a dream of first love and coming of age, but there’s a creepiness hanging over it which stops it short from venturing all the way into Summer of ’42 territory.

Teenager Alexis (Félix Lefebvre) is smitten by slightly older David (Benjamin Voisin) during the summer in a beach town in Normandy. The romance becomes intense, giddy, and there’s a pervading sense that something this good can’t last.

Alexis is telling the story in flashback and we become aware that something awful has happened to David and somehow Alexis could be responsible.

Director Francois Ozon tells his tale with a sure hand, slowly revealing the beats of the story as he draws us into the boys’ passionate love affair and all its unpredictable turns.

The characters surrounding the boys are often odd, but intriguing. Like David’s mother (Valeria Bruni Tedeschi) who insists on undressing and bathing Alexis after David brings him home after rescuing him from a capsized boat.

Like Summer of ’42, like Stand By Me, this film also shows that love and loss seem to be forever entangled and that one takes tentative steps into adulthood with foreboding. (2020, MA15+, 85 mins, subtitled)

Essentially, a very simple story is unravelled here, gathering nuance and emotional depth at every turn, like a rolling stone that may not gather moss — but, boy, does it pack a punch when it finally hits you.

Two men fight over custody of a little boy who’s been living with his grandma. The two men aren’t lovers, but gradually we realise they’re connected to the little boy by a former relationship, in which one of the boy’s dads was killed in an accident. The love story of the two dads is tenderly told in snatches of flashback.

The pieces gradually fit together, sometimes in surprising ways, but never forcibly, and the whole story flows effortlessly as it meanders around and through social “norms” and expectations.

Some very sensitive acting guides you through the tale, and the situation is gradually, gently revealed. But the real impact is felt in the varied ways it plays out in all the lives of everyone involved.

The little boy (Run-yin Bai) is beautifully played, never a painful screen child. Grandma (Shu-Fang Chen) shows us the pain of the inevitability of her illness, but also her joy in family, those alive and those passed. The lead male (Morning Tzu-Yi Mo) is wonderful to watch, on every level. He’s the tenant of the title who’s been living with Grandma and the little boy, but who faces eviction from the house, and the little boy’s life, when Grandma dies. But there’s more going on.

The ending is a little ambiguous, which is disappointing. But life doesn’t always wrap itself neatly into a bow. (2020, 107 mins, unclassified 15+, subtitled)