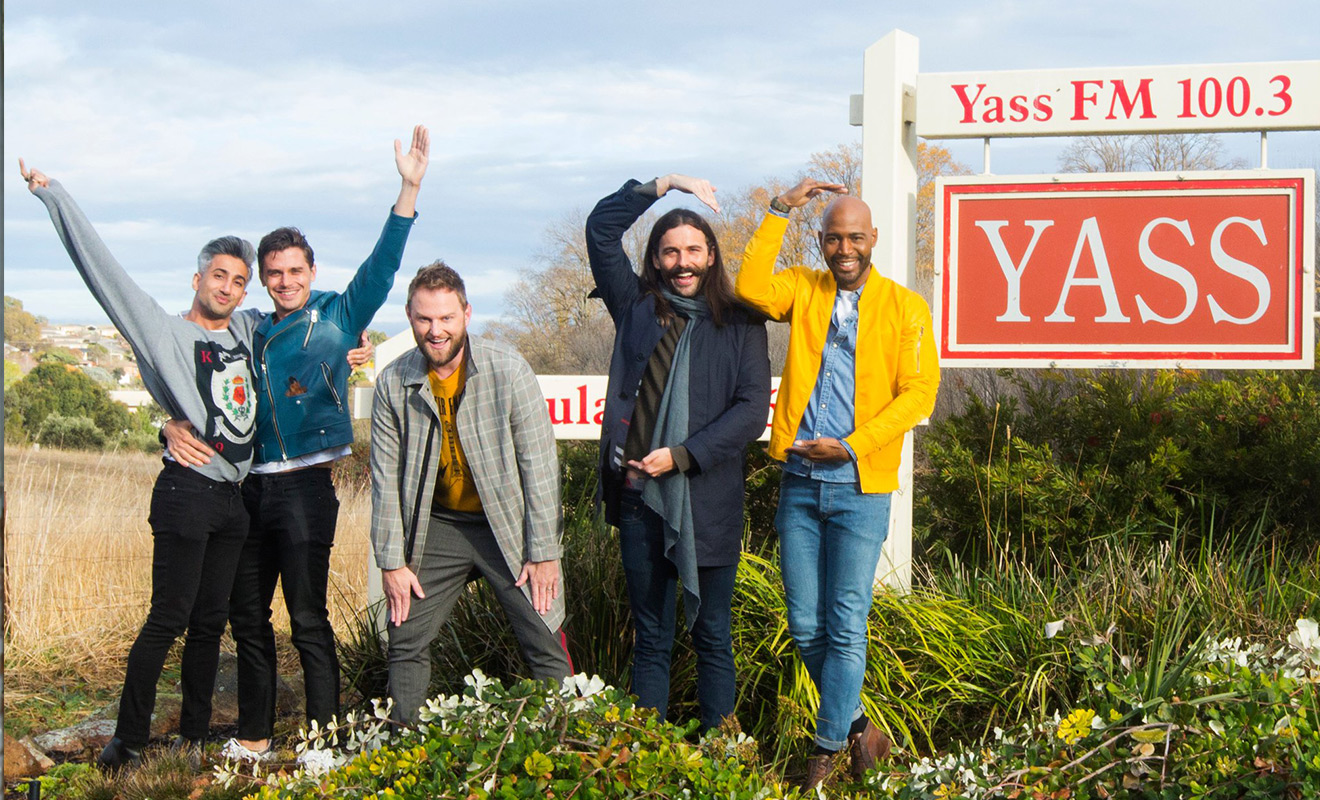 For our international readers, this is no joke:

Yass – There is a town in Australia called Yass.
Yass – They are gay-friendly, The town of Yass voted 65% in support of same-sex marriage in the postal vote last year.
Yass – Gay people live there including David Small and his partner Greg Miller who own the local pub.
Yass – The fab 5 visited the small town to do a makeover for mini-episode said to be released on their social media on June 22.

Check out the short clip from the Australian Netflix Twitter, where the town Mayer of Yass crowned the Queer Eye boys as honorary Yass queens,

While they were there, we’re hoping they got full Yass treatment and visited super camp iconic McDonald’s sign!