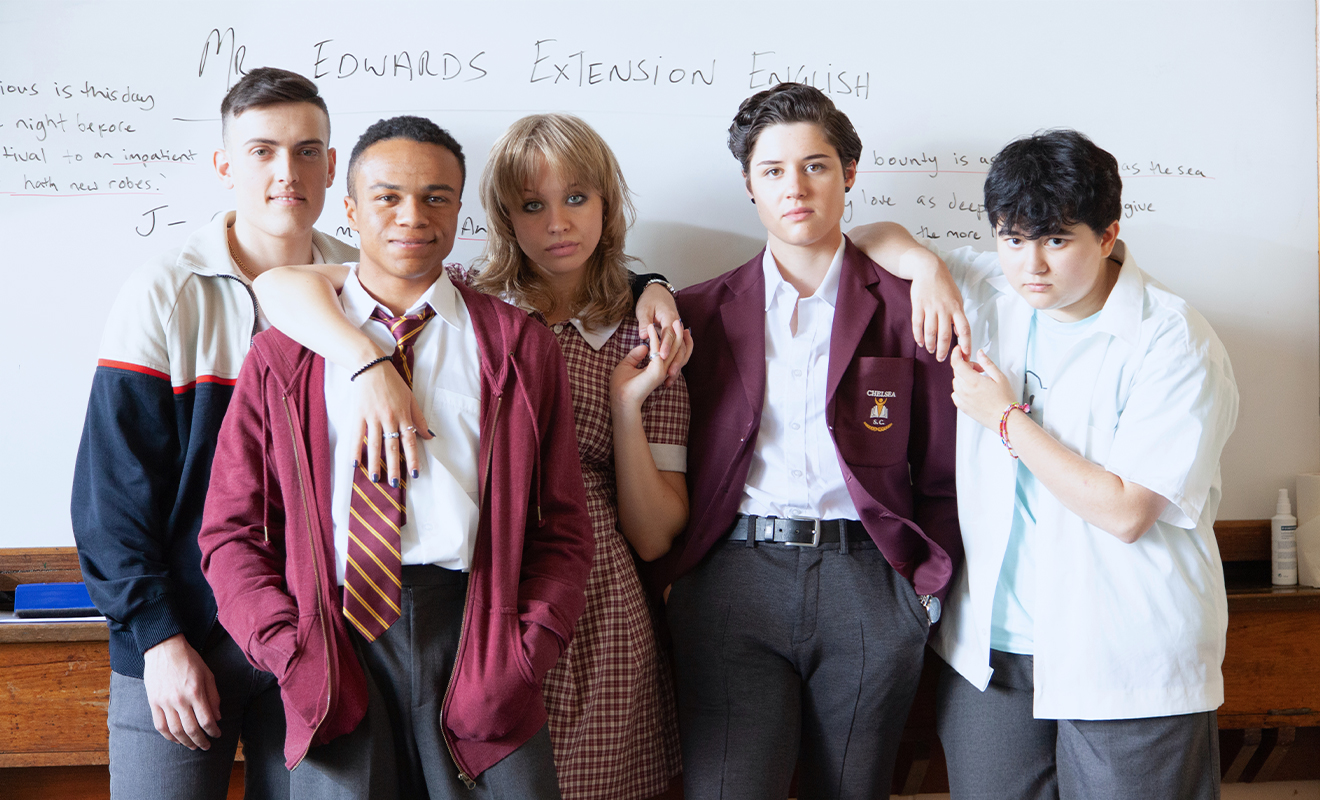 More Than This (Supplied Paramount+)

You’d think it had never been easier to be yourself if you’re a modern teenager. There are so many options! You no longer have to fit into a prescribed box, just be who, and what, you want.

Trouble is, there are so many options.

Your parents had two alternatives when it came to gender. And it was always a foregone conclusion. No confusion there; no choices to be made.

But thanks to a loosening of the gender divide, it’s now okay to be something more than what the doctor initially pronounced you to be.

That’s the groundbreaking premise of the new Australian show More Than This, now screening on Paramount+.

It’s about a bunch of 17-year-olds in the same Year 12 English extension class. It was written by teenagers, for teenagers.

The show was created by Melbourne actor Olivia Deeble (she also plays the lead role of Charlotte), who also helped write it. She spent much of lockdown working on the script.

Deeble herself comes to this show from four years on Home And Away. Rival soap Neighbours has had trans character Mackenzie Hargreaves (played by renowned trans actor Georgie Stone) for the last four years with great success. Deeble takes this further with More Than This, presenting a school community where gender fluidity is the norm rather than the exception.

This opens up a completely different world, with a far more complex set of characters, and more startling hurdles for them to jump.

The other creator is Luka Gracie (who plays Jamie), an 18-year-old trans non-binary actor-writer who was best friends with Deeble during their childhood. This is their first acting job. Deeble and Gracie have been working together on this project to present a full picture of modern kids, for whom bullying, body image, relationships and sexuality are as strong as they ever were for their parents, but also for whom the goalposts have been moved; there are no roadmaps any more.

“I grew up without non-binary or trans representation on screen,” Gracie says. “I felt so alone — I want to show queer kids they’re not alone.”

In the absence of traditional certainties, the kids here have to work harder to find their place. And that’s the focus of the drama. The big issues are gender – including what it means to be male, female or a combination – and how that plays out in your love life; and race – with its inbuilt cultural understandings and misunderstandings.

But the realities of being queer aren’t presented as something dark or fraught, rather the scripts feature joy, acceptance and celebration. Nevertheless, teenage problems remain difficult to navigate, no matter where you sit on the rainbow.

Deeble said the impetus behind the birth of the whole show was her own experiences of viewing, and later auditioning for, the current crop of TV dramas set in a high school. “None of those shows were telling anything near my truth,” she says. There was so much more to the story than what was being made and told.

More Than This tells that story.

The others in Charlotte and Jamie’s immediate group are played by young Australian actors from very diverse backgrounds, genders and cultures which gives the series an unprecedented authenticity. Some of them are quite experienced and already well-known for teen dramas. Others are new to the medium, but bring their authentic selves and backgrounds which was crucial to Deeble and Gracie’s original vision.

The script is heavily influenced by personal interviews which Deeble and Gracie conducted with their peers. “Rather than adults looking back on their teen years, we had to look no further than ourselves and our friends,” Deeble said.

The final group of actors began by workshopping the themes explored in the scripts. Completing this main group is Kamil Ellis (as Alex) known for playing Sergeant Rodney Lammon on Stan’s The Tourist, where he was constantly put down as “Lemon” by his racist detective inspector. He was also in the real-life gay murders drama Deep Water.

Ellmir Asipi (as Leon) was on Neighbours and Mustangs FC. Josh Heuston (as Sammy) is a model and actor, also about to play Dusty in the coming Heartbreak High reboot.

Oisin O’Leary (as Benson) is a writer and actor, last seen on Little Lunch. Celine Ajobong (as Legs) and Tharanya Tharan (as Emma) also both had long-running roles on Mustangs FC, Celine as Ruby and Tharanya as Zee. Tharanya also had a featured role as Nabonita on Why Are You Like This? on the episode D*ck or P*ssy Of Colour. Newcomer Selena Brincat plays Zali.

Bert LaBonté is Mr E, their teacher. LaBonté is currently in Toni Collette’s new show Pieces Of Her on Netflix and he was also in Jacki Weaver’s huge hit movie Animal Kingdom.

More Than This now on Paramount+.