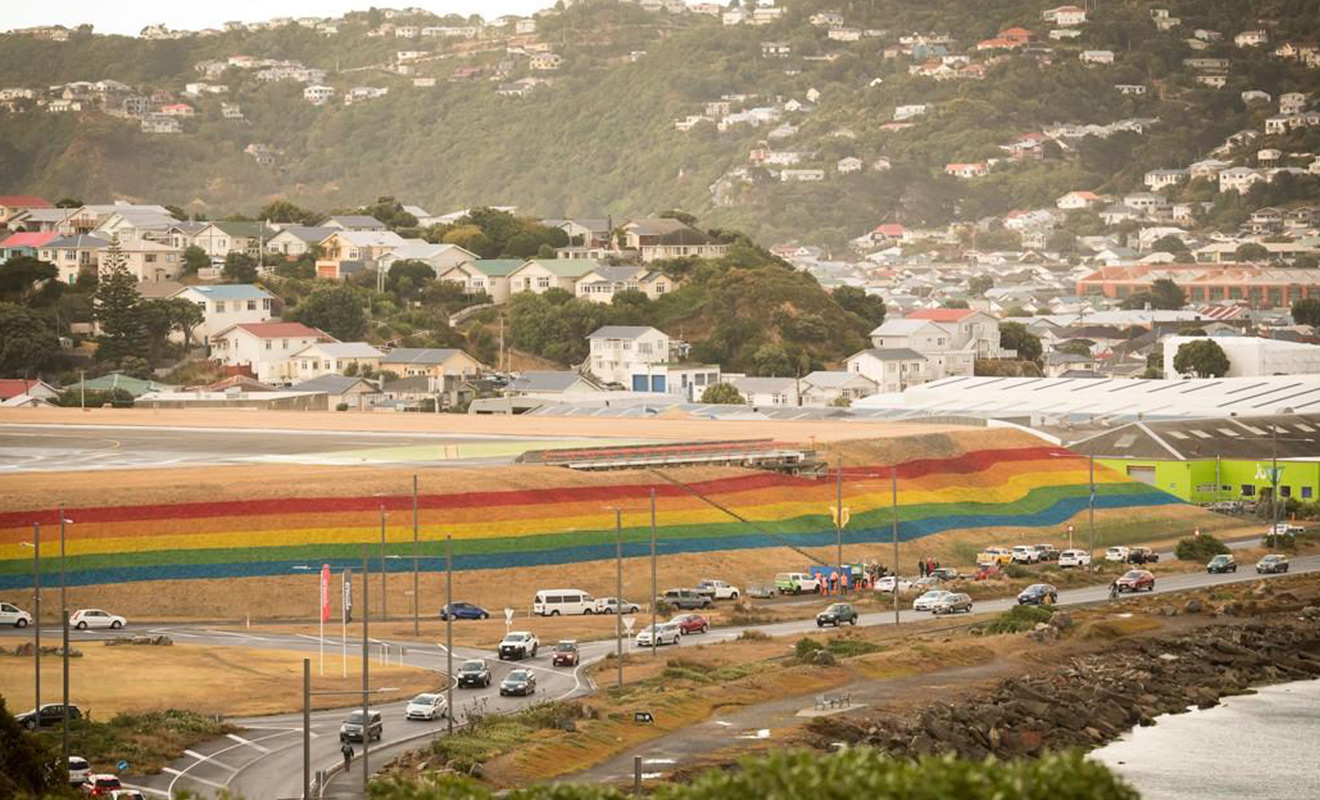 Gearing up for the cities Pride festival next month, New Zealand’s Wellington Airport has painted a 3000-square-metre pride rainbow on the grass embankment at the end its runway.

The temporary turf paint would last up to four weeks.

This coincides with the city hosting the International Lesbian, Gay, Bisexual, Trans, and Intersex Association (ILGA) world conference from March 18.

Wellington Mayor Justin Lester said the city wanted to show its pride in being “one of the most inclusive cities on the planet”.