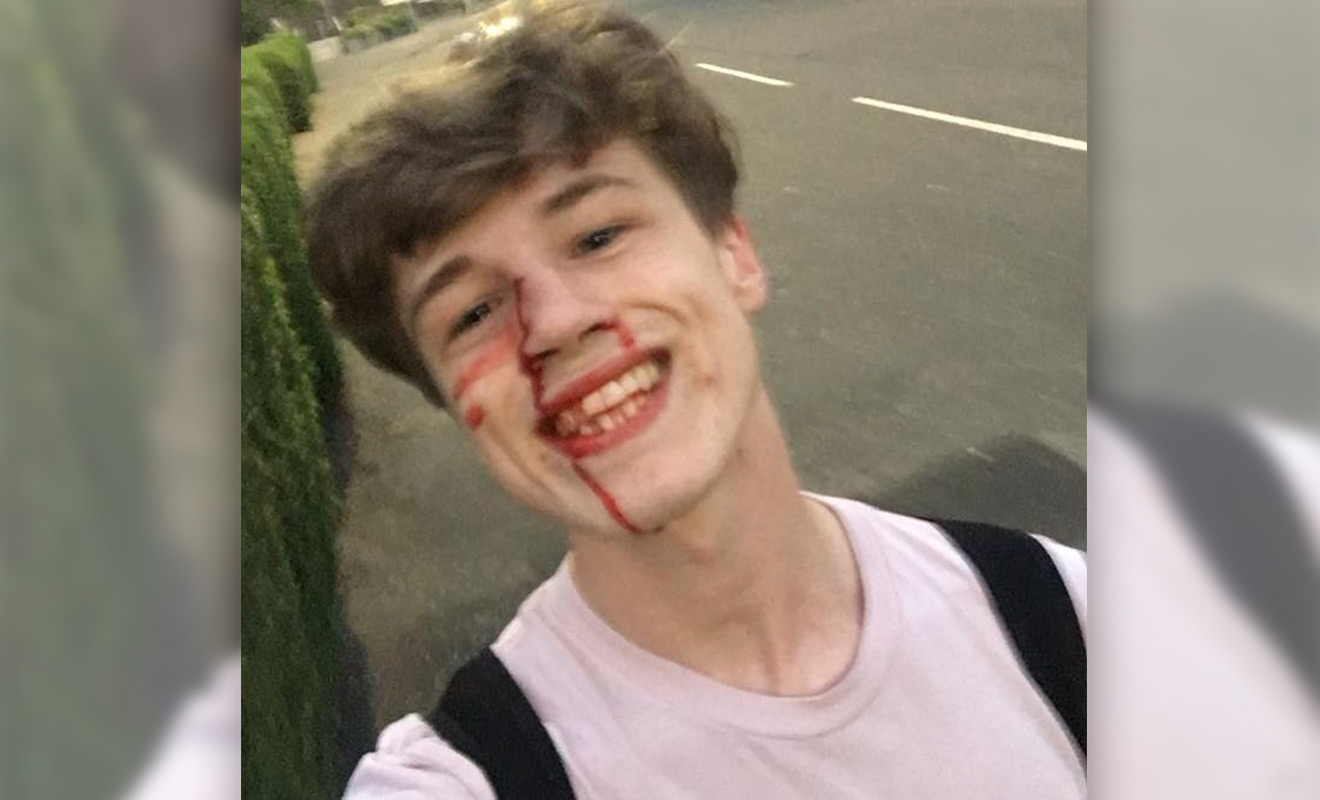 After becoming a targeted victim of a homophobic attack in his hometown of Neilston in Scotland, 21-year-old Blair Wilson posted a bloodied smiling selfie to social media which has since gone viral.

Wilson wrote in the post: “to the wee cunt that called me a faggot across the main street then tried to attack me when i called him “hen” we aw know who u are and u will get what’s coming to u 😁💖 trust it to be someone insecure with his own sexuality trying to take it out on someone secure in himself. Wish u well 😘”

I was going to walk away but I had a moment where I was like ‘I shouldn’t be letting this happen in the place where I’ve lived for 21 years of my life’,” he said.

“So I walked over to the people who shouted and I just asked ‘Why?’. I wasn’t physical or anything, I was just curious as to why they felt the need to shout that at someone who was minding their own business.”

He said the man’s girlfriend apologised for his behaviour, claiming he was drunk.

“That’s when I said ‘You need to watch out for him, hen’,” Blair said. “Then he said you can’t call girls ‘hen’ coz that’s disrespectful.

“I turned round and then he kicked me in the chest and punched me in the nose, and that’s when my nose started bleeding.

“Someone from the pub across the road ran across, broke it up and said ‘just go home’, and that’s what I did – and I took the infamous selfie.”

He said he wanted to share the selfie because he wanted to prove that he hadn’t been beaten – even though he didn’t physically fight back.

“I am not a very physical person,” he said. “I think if I punched a fly, I’d break my fist. I don’t really do fighting.”

“I knew that if I put it on Facebook it would get at least some shares around Neilston and people would see it and he’d feel like an idiot and hopefully learn his lesson and not do it again.

“And, if not him, other people that maybe think the same way would change their opinion. So I just smiled, took the photo, wrote a bittersweet message and hoped for the best.”