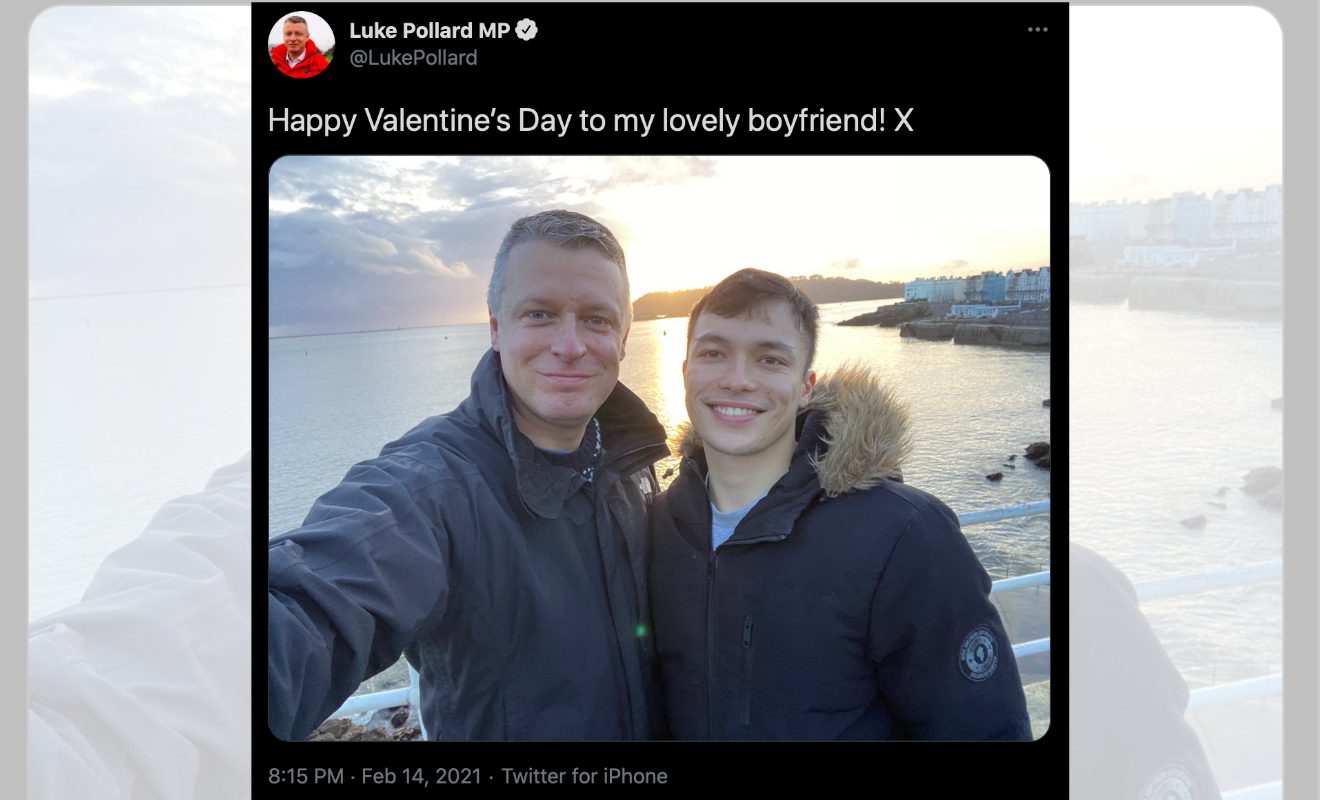 A photo of Pollard and Sydney, his boyfriend, accompanied the tweet.

Pollard told the BBC there were some “pretty awful things’” in response. Among them were references  to the age gap between Pollard and his boyfriend.

The Labour MP said it was a reminder the fight for equality “is not yet up”.

“Quite a lot of people will find any reason to have a go,” Pollard said.

The MP for Plymouth, Sutton and Devonport said there was “no place” for the abuse he and his partner had received, adding that people should be “celebrating love regardless of what that couple looks like”.

“Regardless of sexuality, gender, age or background, it is a moment to celebrate that love that you have,” Pollard added.

There is a 24-year age difference between British Prime Minister Boris Johnson and his girlfriend Carrie Symonds, which has not attracted any heterophobic abuse.