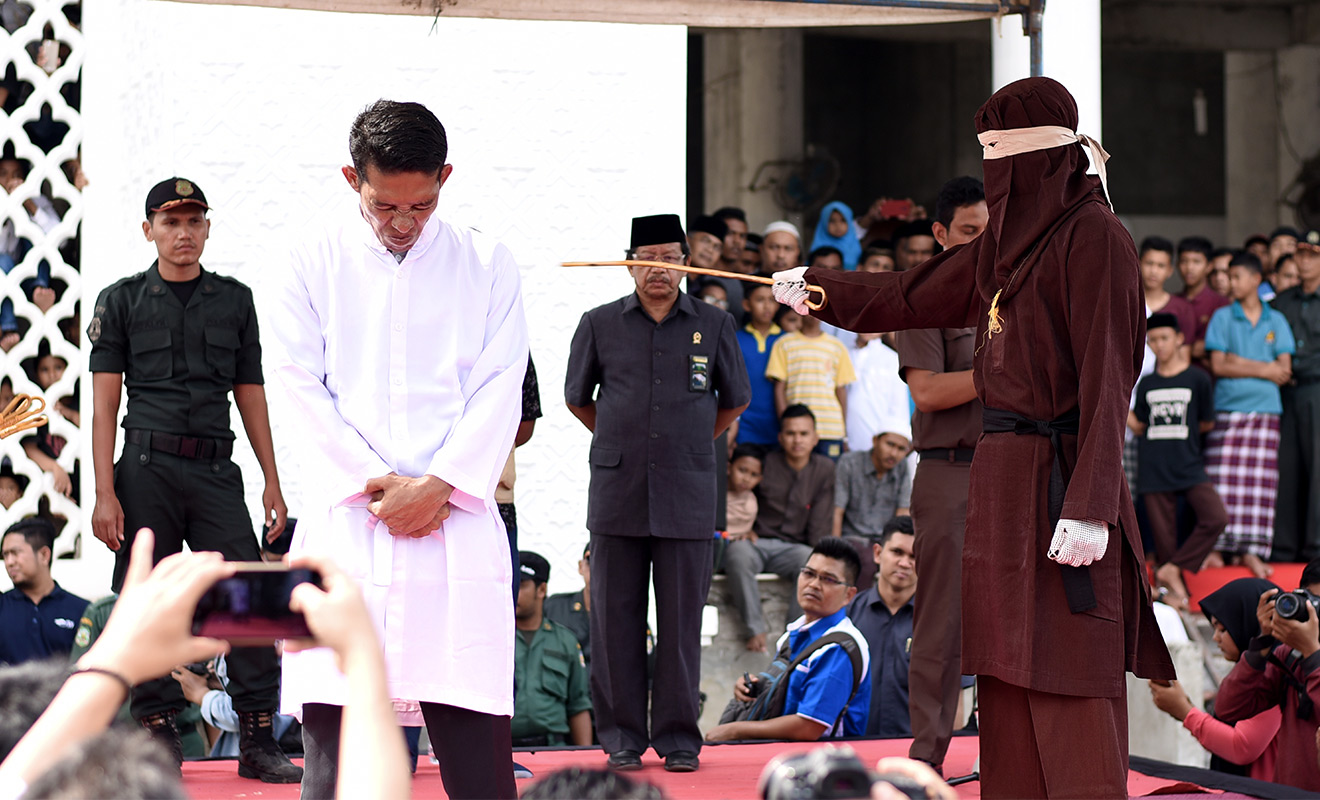 Their crimes in violation of Sharia law include homosexuality, adultery and being drunk.

CNN reports that two men accused of being gay received 87 lashes each for gay sex, while nine others were sentenced up to 26 lashes for adultery. Four people were caned for being drunk, including one woman who received 27 lashes.

Over 1,000 people watched on and could be heard shouting “flog them harder” in recorded video.

The unidentified men are the second gay couple whipped in public this year in Aceh where it is the only region in Indonesia that imposes Islamic law.

The public caning took place outside the Baiturrahim Mosque in Banda Aceh, the provincial capital, which means an earlier decision by the Provincial Government of the area to move public floggings into closed spaces and stop crowds from filming has been overturned.