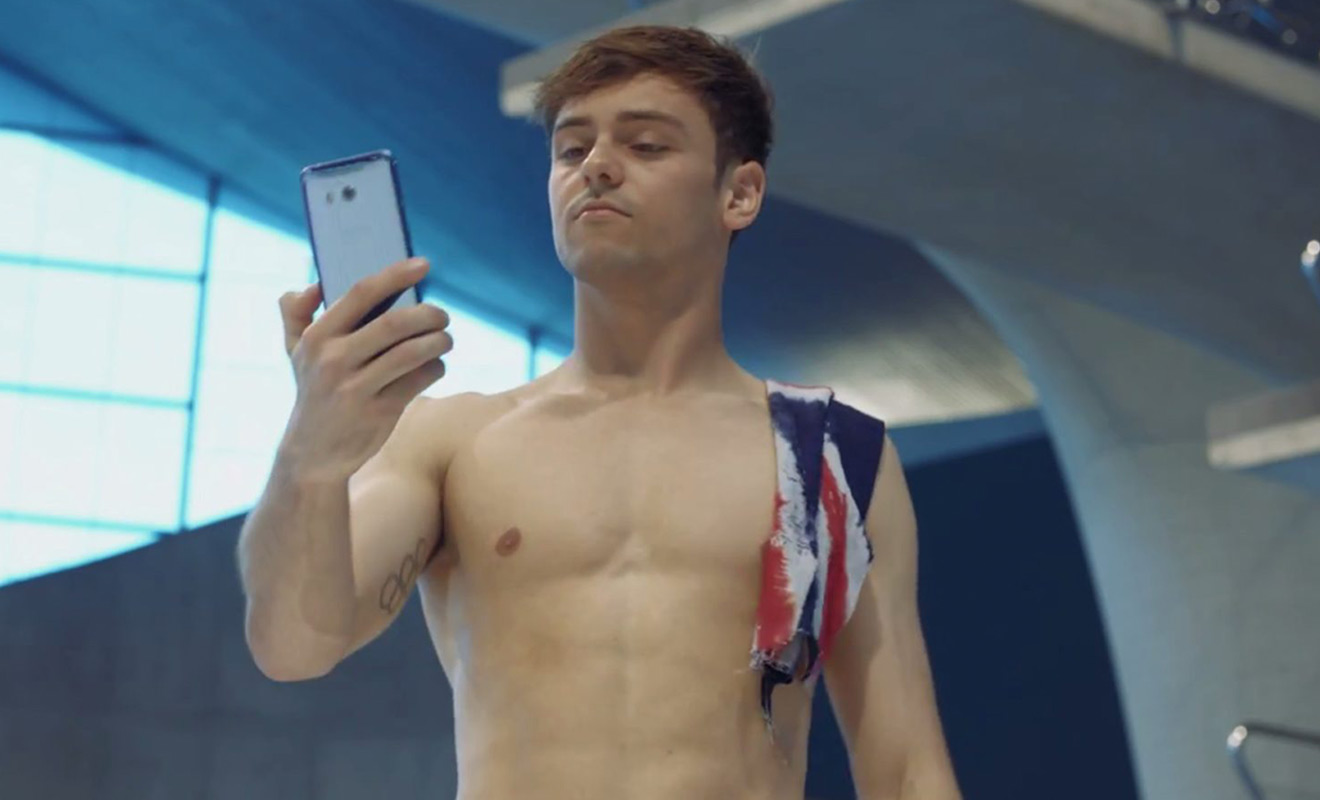 An advertisement for mobile phone company HTC featuring Olympic diver, Tom Daley has been banned by the UK’s Advertising Standards Authority (ASA) from ever showing in Britain again.

The reason. the ad is misleading to customers as the phone isn’t waterproof enough to be taken the pool.

The ad for the companies U11 smartphone, depicts Tom Daley diving into a pool multiple times, snapping selfies on the way down.

“While we acknowledged that a professional Olympic athlete such as Tom Daley would be able to dive from a 10-metre high diving board and keep within the one-metre distance required, we considered it unlikely that a consumer attempting something similar would be able to avoid being submerged to a depth which did not exceed, even briefly, that measurement.

“Because consumers were likely to understand that the product could deliberately be submerged in a swimming pool and that no precautions were required to be taken after it had been immersed to preserve the product’s performance, and because that was not the case, we concluded that the ad exaggerated the capability of the product and was misleading.”