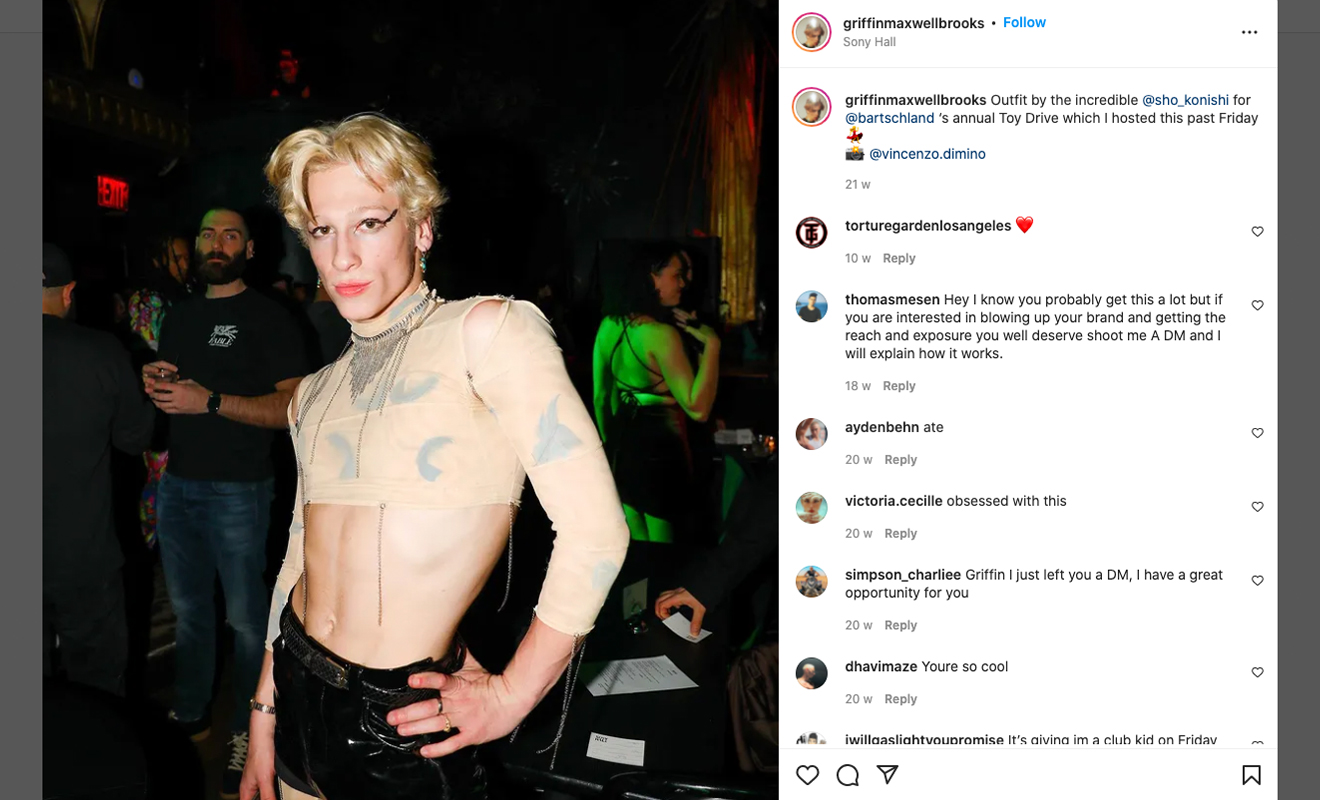 Refreshingly, sport is no longer a sphere where members of the LGBTQIA+ community feel unsafe. On the contrary, people like Griffin Maxwell Brooks are tearing down hetero-patriarchal standards by simply existing as unapologetically queer, reports OutSports.

For users of TikTok, Griffin is a very familiar face boasting over one million followers on the app and over 60 million likes. Their content focusses on cultural conversations and humorous hot-takes. By way of being a proud queer person, they are carving a very public stance against traditional notions of being an athlete.

Griffin is a student at Princeton University, one of the major Ivy Leagues in the US, and besides studying mechanical engineering, they are a part of the Princeton diving team. They identify as a digital club kid and lean into the boundary-pushing, experimental fashion, larger-than-life personality that defines the aesthetic.

This “yassifying” of heteronormative constructs is something younger generations are taking in strides. What began as a meme, cannon fodder for TikTok, has quickly evolved to have real meaning for the LGBTQIA+ community. According to OutSports, this unabashed queering is something that resonates deeply with Griffin’s followers.

“I like the idea that my lived experiences are helping people,” they say. “It’s usually queer kids from the middle of nowhere who are like, ‘Fuck it, I’m going to wear a crop top to school,’ or people in their 30s in professional workspaces – men – being like, ‘I’m going to wear a dress to work today, because it’s within the dress code and I don’t feel I shouldn’t be allowed to do that.'”

AN IMPRESSIVE STAR ON THE RISE

Balancing the workload of university, athletics and work prove a challenge that Brooks reportedly finds thrilling. They have picked up a job working for Susanne Bartsch, the iconic New York nightclub promoter famed for her wild parties. Balancing these different sectors is a challenge that takes finesse, but when you’re passionate about living to the fullest then that work is worth it.

“These events were pivotal for me. I had never been in a space like that where the idea of standing out was celebrated,” says Griffin. “I often feel like I’m playing dress up every day, and for that to be something people admired and kind of the norm for that space, it just made me feel great. I can be celebrated for it, rather than just tolerated,” reports OutSports.

If there’s one thing to be sure of, it’s that between lectures in last night’s club get-ups and attending MET Gala afterparties with celebrities, Griffin Maxwell Brooks is an audacious star who is living proof that being oneself is never a wrong choice.