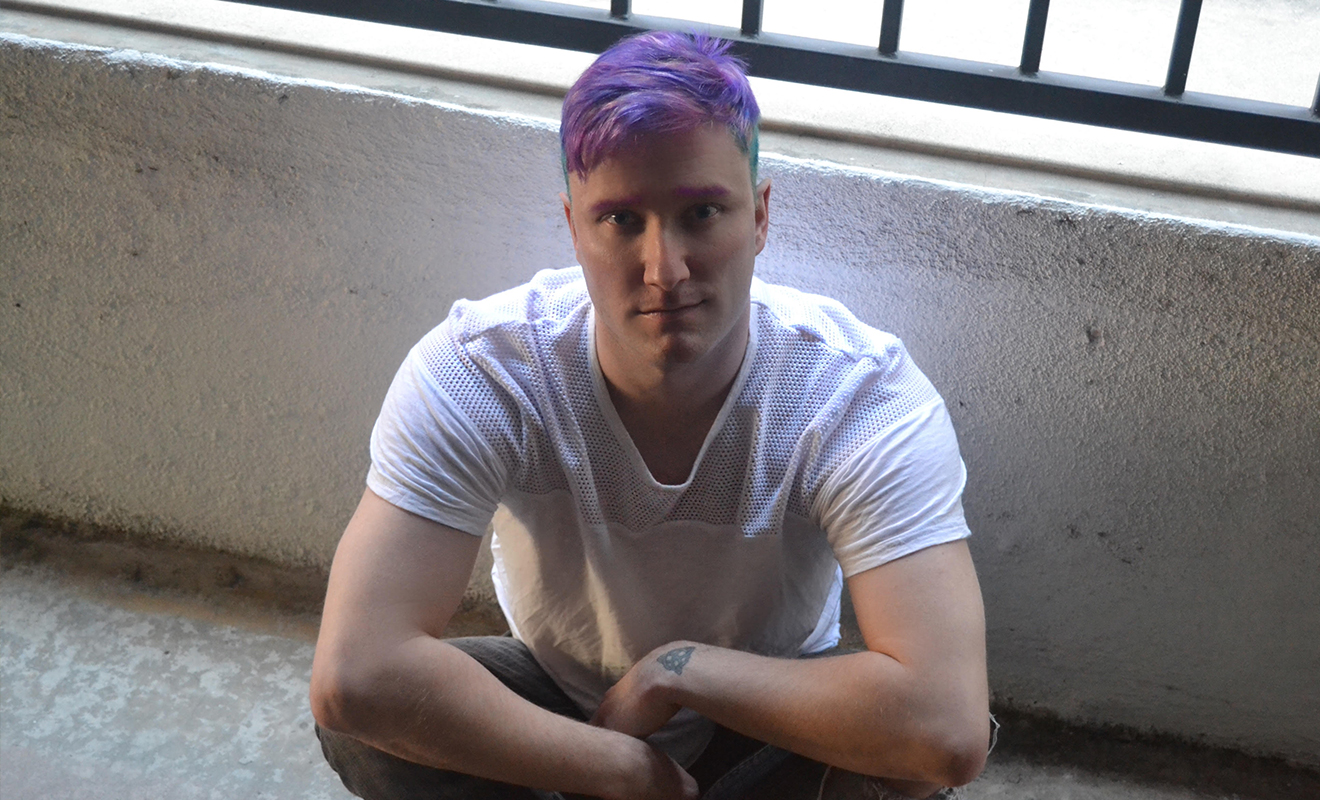 Since we last caught up with Kenyth Morgan he’s worked on the music for two new movies, including A Very Sordid Wedding. He’s married to his career, he says, and, “we’re monogamous!” By Marc Andrews.

This article first appeared in DNA #208

DNA: You’ve been busy since DNA last spoke to you!
Kenyth: It’s going great guns. Since the release of my Love EP I’ve been writing new songs. My debut music video, Unlock Your Heart, has hit over one million views. On Christmas Day I released a cover of one of my favorite childhood songs, Rainbow Land, as a tribute to my grandmother who passed away in August. I also finished my second novel. It’s been a rollercoaster of a year.
How did you get involved in the Sordid Del Shore movie project?
He worked very hard to get me into this film so I feel honored. I’ve been a fan of Del’s for a while, and he’s been very kind about my music. When I first heard about A Very Sordid Wedding I knew I had to be involved.
Have you seen his other films?
Yes! Sordid Lives was, actually, the first LGBT movie I ever saw. I loved it, I loved the series, and every single one of his movies. Being part of this project is a dream come true.
Why did you choose Real Me for the Sordid Wedding soundtrack?
It was the last song I sent Del and it was one of those right place, right time things. Real Me is about someone else understanding the core of your personality when you’re in a relationship.
Any plans to get Real Me remixed?
I just started thinking about remixes. I’d love to work with Calvin Harris, Tracy Young or Dave Audé. I’m also a big fan of Drew G, Moto Blanco and The Perry Twins.

“You could be the most attractive person in the world but if your personality is shit… no-one cares.”

Tell us about the new EP.
It’s different to anything I’ve released before. There’ll still be elements of pop but also a bit of rock. I’m really trying to hone in on my songwriting and take it to a deeper, more mature and focused place. I’m also experimenting with my singing style and stepping out of my comfort zone.
You have a lot ahead of you in 2017!
A lot! In addition to A Very Sordid Wedding I just found out that my song, Fall Apart, is going to be used in another film. I’ve been having a lot of conversations around song placement so we’ll have to wait and see.
Is there a major star you’re determined to work with?
Katy Perry is at the top of my list. She’s amazing.
Let’s talk about your personal life. How’s the husband search going?
I’m going to die alone surrounded by stray dogs and Rainbow Brite dolls!

Kenyth “too busy for love” Morgan; and the adorable Unlock Your Heart video.

Any near misses?
We’ve all had our share of near misses!
With so many apps at our fingertips, dating is easy these days, isn’t it?
Dates are easy, it’s making them last, or even having more than one that’s the hard part.
What kind of guy are you looking for?
Someone who can make me laugh. Chest hair doesn’t hurt. To quote Mimi in Rent, “I’m looking for baggage that goes with me.” I’d like to think my best feature is my brain, because that’s where my creativity comes from. My worst feature is more of a personal challenge: I trust people too much.
Is the gay world too obsessed with tops, bottoms and not much else?
The gay world is pigeonholed into weighing in on the nonsense of it all – when, in fact, there’s so much more to us.
What’s your definition of sexiness?
Sexiness goes hand-in-hand with confidence and personality. You could be the most attractive person in the world but if your personality is shit… no-one cares.
What turns you on the most?
I’m a sucker for a cute smile and have a love for 1980s cartoons.
Would you ever date a fan?
I wouldn’t rule it out if there were a scenario in which we connected somehow, but it’s not really on a list of things I want to accomplish.

MORE: Real Me is out now. A Very Sordid Wedding is due for release in cinemas this year. For more on Kenyth find him on Facebook and Soundcloud.

This article first appeared in DNA #208