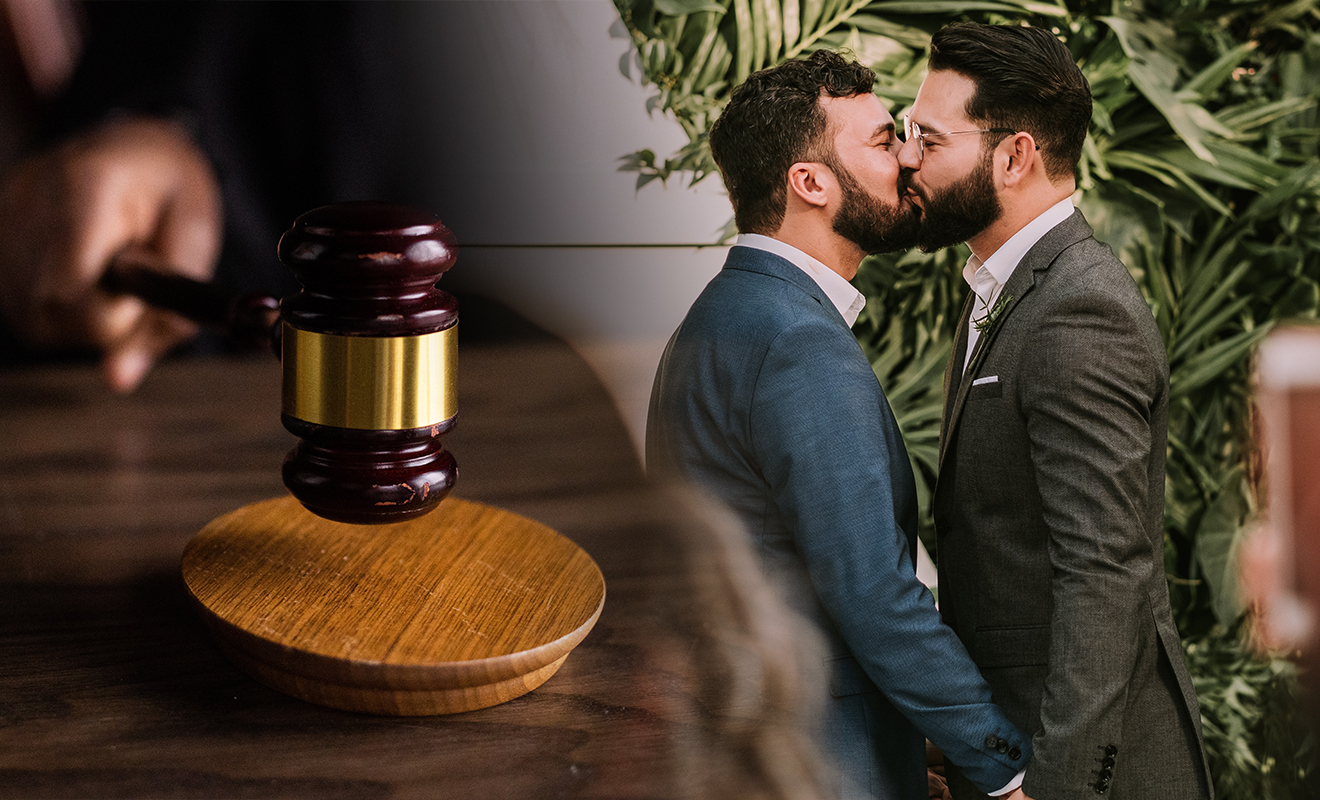 On Tuesday, July 19, the US House of Representatives passed the Respect For Marriage Act, which helps to safeguard marriage equality for both same-sex couples and interracial couples. The move follows concerns that the Supreme Court would overrule Loving vs Virginia and Obergefell vs Hodges, reports Associated Press.

A MAJORITY VOTE IN FAVOUR

The votes affirming the Respect For Marriage Act sit at 267-157 with Democrats pushing to build legislative roadblocks to prevent the High Court from overturning equal marriage. After Roe vs Wade was overturned, progressives believed that other rulings based on the 14th amendment would be targeted, which included Obergefell vs Hodges, Griswold vs Connecticut and Lawrence vs Texas.

These three landmark rulings create the foundation for gay marriage, access to contraception and the right to consensual same-sex relations. These three cases were mentioned by Justice Clarence Thomas in his report following the Roe vs Wade decision and had liberal-minded politicians concerned, reports Associated Press.

During the House proceedings, Democrats argued to codify rulings such as Obergefell vs Hodges and Loving vs Virginia in the Respect For Marriage Act. This would build federal legislation that makes it harder for the Supreme Court to overturn them as easily as Roe vs Wade. Although Republicans were wary to avoid explicit disapproval of the act, they made it clear that they feel there are other more pressing concerns.

“For me, this is personal. Imagine telling the next generation of Americans, my generation, we no longer have the right to marry who we love,” says Representative Mondaire Jones.

Representative Mary Gay Scanlon says, “The extremist right-wing majority on the Supreme Court has put our country down a perilous path… It’s time for our colleagues across the aisle to stand up and be counted. Will they vote to protect these fundamental freedoms? Or will they vote to let states take those freedoms away?”

IT’S NOT OVER UNTIL THE SENATE SINGS

Though it was relatively easy to pass the Act through the House, it’s expected that Republican Senators may choose to filibuster, which would halt the Respect For Marriage Act in its tracks. The partisan split on equal marriage rights is evident when comparing comments made by leading Democrats to those made by leading Republicans.