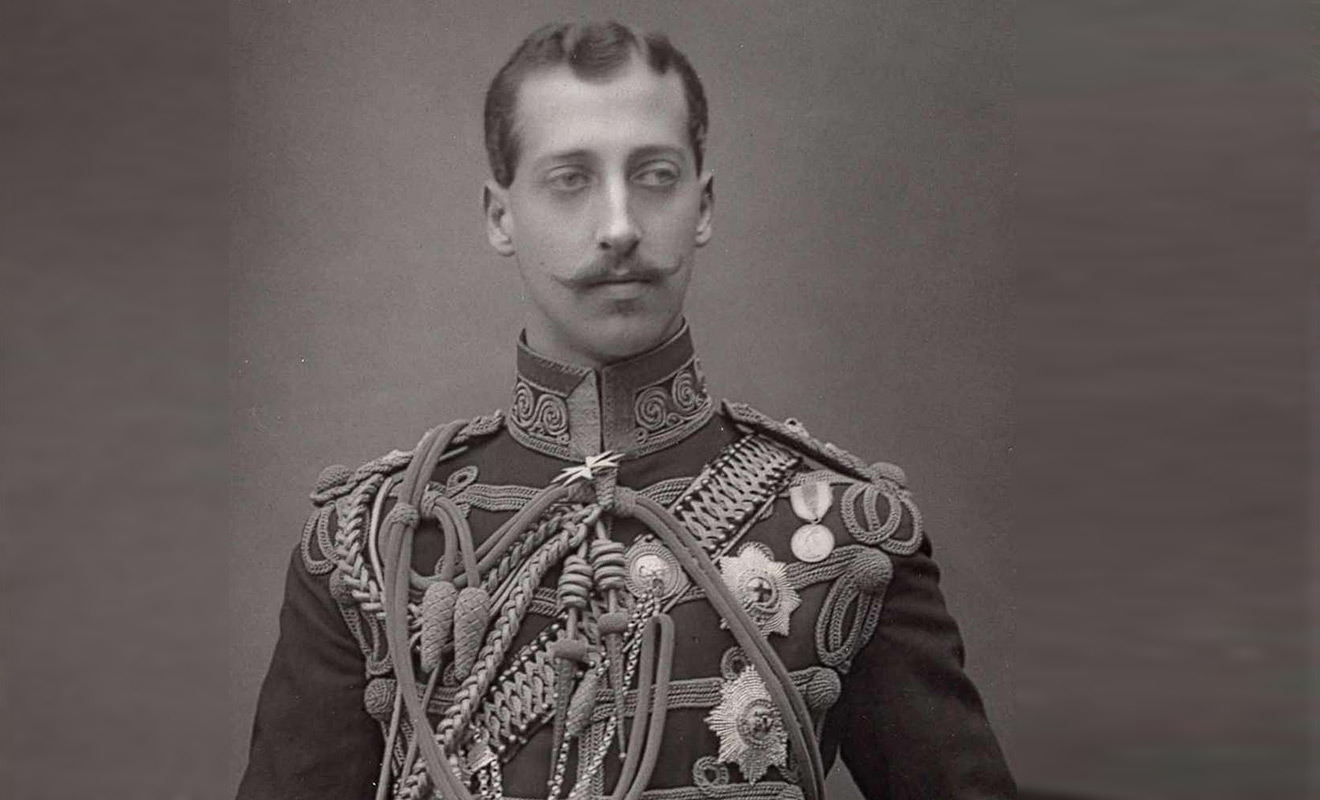 The British royal family are no strangers to scandal, but will we ever know the truth about Prince Albert Victor?

During the summer of 1889, Prince Albert Victor’s name was conveniently omitted when a scandal broke in British newspapers.

A north London newspaper editor had authorised a report connecting Mr Henry James Fitzroy, Earl Of Euston to the goings on in a brothel in Cleveland Street, adjacent to Tottenham Court Road. When the Earl subsequently sued for libel, the story caught the interest of The Times.

The eldest son of the Duke Of Grafton, the Earl was strolling down Piccadilly one evening when a tout handed him a card printed with a name and address: Charles Hammond, 19 Cleveland Street, London. Invitingly declared under the name and the address was “Poses Plastiques”. The Earl put the card in his pocket. A week later, curiosity got the better of him and he paid Cleveland Street a visit.

It was Mr Charles Hammond himself who let the Earl Of Euston inside the house and, after showing him into the parlour, explained the nature of the “poses plastiques” (“flexible poses”) in no uncertain terms. The Earl later told the court he was disgusted by what he heard and threatened Hammond with violence unless he let him out the door immediately (as reported in The Times’).

“Poses plastiques” was a ploy. The house was a place where Hammond’s rich and titled clients could meet young lads. Clients were charged a sovereign; Hammond giving the lad involved four shillings – a considerable sum in 1889.

Earlier that year, Constable Hanks, a policeman at the Central London Post Office, was investigating a case of theft. A telegram delivery boy was discovered with 14 shillings, a huge amount of cash for a working-class lad of his age to possess. It was against Post Office rules for messenger boys to carry money. Constable Hanks’ suspicions were aroused. Under interrogation, the youth admitted that he was given the money by a Mr Hammond at 19 Cleveland Street as payment for allowing gentlemen to, “Go between my legs, and put their person in me”.

“Under interrogation, the youth admitted that he was given the money for allowing gentlemen to ‘go between my legs and put their person in me’.”

Under duress, the lad named other messenger boys who frequented the house and each one was arrested. When questioned, they told Constable Hanks that a man named George Vecks procured them, by means of a young male prostitute, Henry Newlove, who was also a telegraph boy. The youths also revealled the identity of some of their gentleman clients, which greatly interested the police as the clientele came from the upper strata of society.

Vecks and Newlove were arrested and tried at Bow Street Magistrates Court. They pleaded guilty to acts of gross indecency and were sentenced to six months and nine months, respectively. The sentences were not harsh considering the crime was potentially punishable by two years’ hard labour.

The solicitor defending Newlove and Vecks was Mr Arthur Newton, who also acted as solicitor to Lord Arthur Somerset. It was Lord Somerset who paid for Vecks and Newlove’s defence. Somerset was head of the Prince Of Wales’ stables and a major in the Royal Horse Guards.

The lads associated with 19 Cleveland Street – Ernest Thickbroom, Charles Swinscow, John Saul, George Wright and Algernon Allies – were all messenger boys at the General Post Office in Saint Martin’s Le Grand. Algernon seemed to be of the most interest to police because, when George Veck was arrested, he was found to be carrying letters written by a “Mr Brown” and addressed to Algernon.

Despite Inspector Abberline, the man now in charge of the investigation, having enough evidence to produce a warrant for the arrest of the occupier of 19 Cleveland Street, Charles Hammond, he dragged his feet due to the delicate nature of the situation. This gave Hammond, who was tipped off by Newlove, the young prostitute, time to flee the country.

With the comings and goings at Cleveland Street under observation, the police waited for Mr Brown to visit and followed him when he returned to Knightsbridge Barracks. He was identified as none other than Lord Arthur Somerset, a major in the Horse Guards and equerry to the Prince Of Wales.

Although papers were sent to the Director Of Prosecutions with a view to charging Lord Arthur with buggery, no moves to arrest him were made. Newton, who had defended Vecks and Newlove, instructed Lord Arthur to write to the Director Of Prosecutions explaining that, should he be sent to trial, it might be necessary for him to reveal that Prince Albert Victor, the son of the Prince Of Wales and grandson of Queen Victoria, was also a frequent visitor to Cleveland Street.

Read the full story, and find out about Mother Clap’s Molly House in DNA #219.

JA Wells is an historian and the author of The Merry Millionaire and The Durra Durra trilogy.