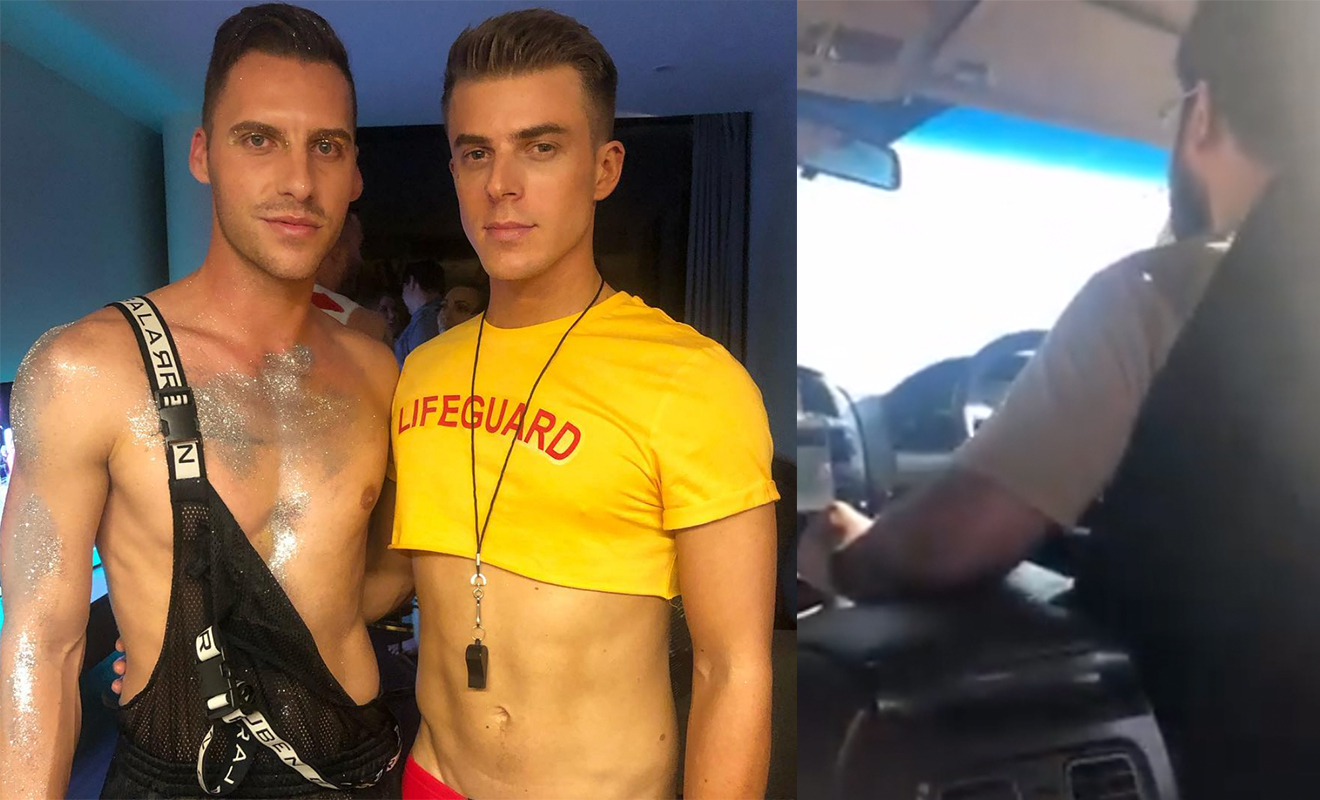 Returning home from celebrating the Sydney Gay and Lesbian Mardi Gras, friends Aaron Brown and Ryan Ottey were allegedly booted from their Uber car ride for being gay.

Brown, 27, claims that he was told to get out of the car after his friend kissed him on the forehead during their trip.

“We reached South Dowling Street and I was resting my head on Ryan’s shoulder,” Mr Brown told 9news.

“He kissed me on the forehead and the driver immediately turned around and said ‘Not in my car, I’m not driving you anymore, get out of my car’.

“We were just dumbfounded and thought it was a joke so we questioned him and asked why.

“He just repeated himself and said ‘I can’t drive you anymore, this is my car and I’m not driving that’ – talking about us.”

In response to the incident an Uber representative said:

“Uber does not tolerate any form of discrimination”.

“Our community guidelines expressly prohibit discrimination on the basis of sexual orientation and make it clear to driver-partners this behaviour can result in them losing access to the Uber app,”

“At Uber, we try to reflect the diversity of the cities we serve and were proud to roll out Rainbow Routes during Mardi Gras weekend to show our support for the LGBTQI community.”