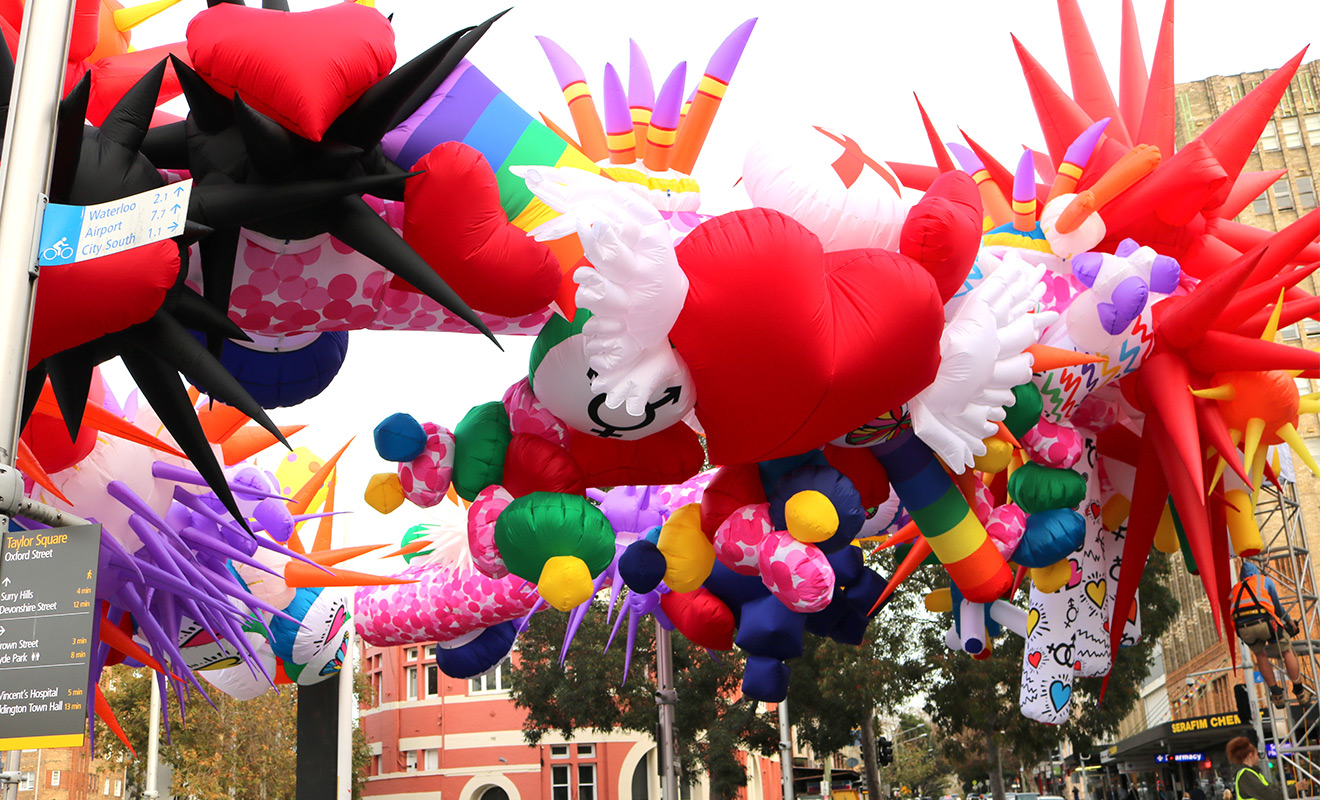 To mark the 40th anniversary of the first ever Sydney Mardi Gras protest, the City Of Sydney along with Sydney Gay and Lesbian Mardi Gras officially unveiled a giant, vibrant inflatable art installation over the weekend,

In celebration of 40 years of protest, love and equality the artwork designed by Maurice Goldberg and Matthew Aberline uses symbols to represent repression, adversity, freedom, diversity and love.

On display at Sydney’s Taylor Square on Oxford Street, Mardi Gras CEO Terese Casu said at the unveiling: “40 years ago, on June 24, 1978, the first Mardi Gras celebration turned protest took place. Today, we not only pay respect to those that risked their lives for equality on that night and on nights since, but we also celebrate how the LBGTQI community has prevailed over the past 40 years. Maurice and Matthew’s artwork is a magnificent representation of 40 years of evolution and love.”

The installation will remain on Taylor Square until 1 September, 2018.