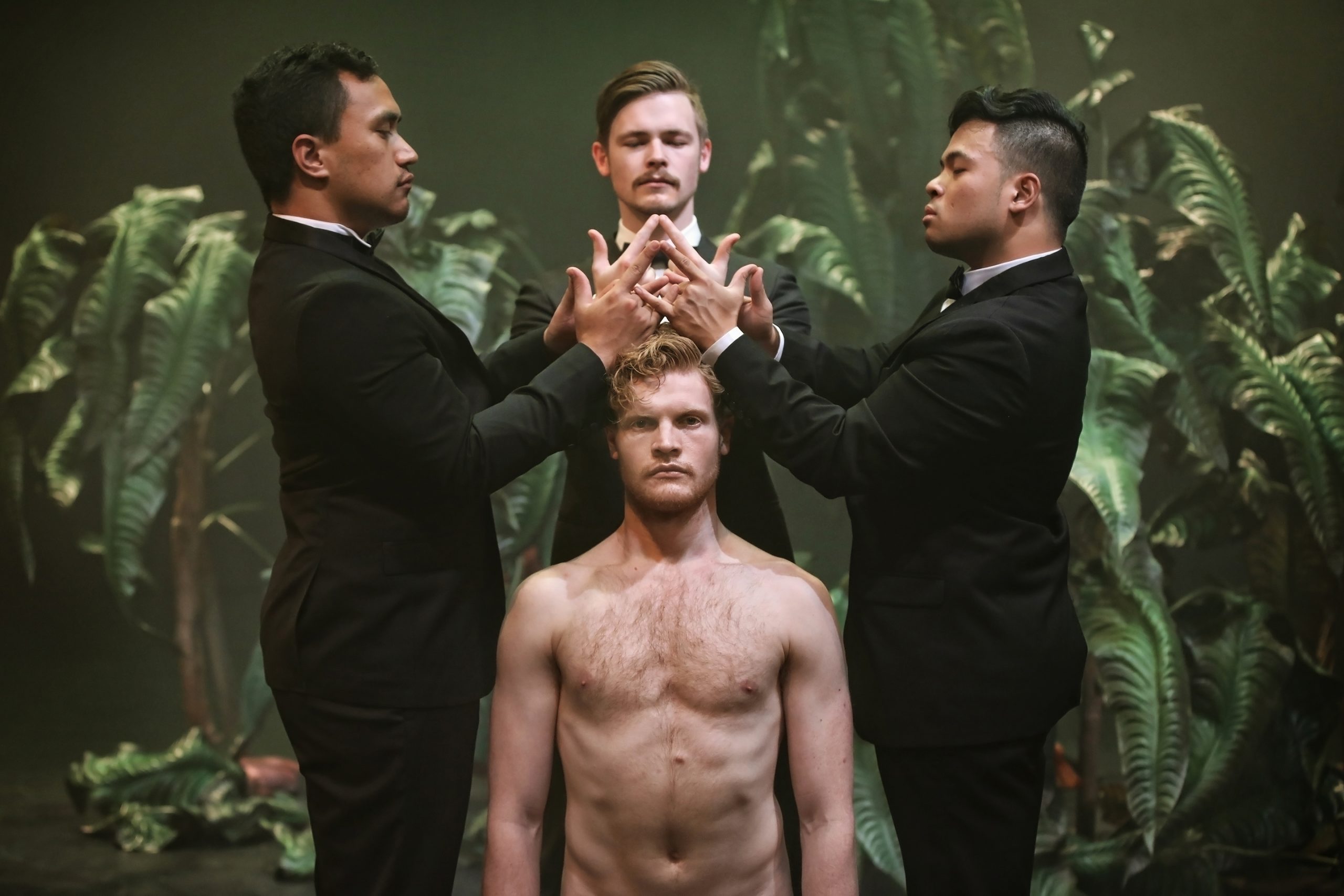 Set in a fantastical realm that is part cocktail-bar, part jungle, KING begins with a gathering of young men who compete to impress each other through dance until one of them is singled out as leader.

Throughout this introduction, Parker uses highly physical choreography to interrogate themes of male power, control and group dynamic, exposing the brutality of macho rituals and the human toll of toxic masculinity.

It’s creators say KING offers audiences a “fresh take on historic notions of masculinity and socio-sexual-political structures, in the form of a biting, yet humorous theatrical nod to a society in revolt against an exhausted patriarchy.”

Ivo Dimchev is a choreographer, visual artist, singer-songwriter from Bulgaria whose work has been called an extreme and colourful mixture of performance art, dance, theatre, music, drawing and photography.

Dimchev is the creator of more than 30 performances and has received numerous international awards for dance and theatre, presenting his work all over Europe and North and South America.

Dimchev is also a former Artist in Residence at Brussels’ Kaaitheater and in 2014 opened a new performance space MOZEI in Sofia, Bulgaria, with a focus on contemporary art and music.

A graduate of the Victorian College of the Arts, Shaun Parker is an award-winning choreographer whose work has toured nationally, and internationally to 18 countries across Europe, Asia, the Middle East and the US. His work includes Am I, Happy as Larry, Divine Harmonies, My Little Garden, Blue Love, Love Instalment, and Tenebrae III.

The world premiere season of KING opens at the Seymour Centre’s Everest Theatre on February 20, 2019 for five shows only, until Sunday February 24.