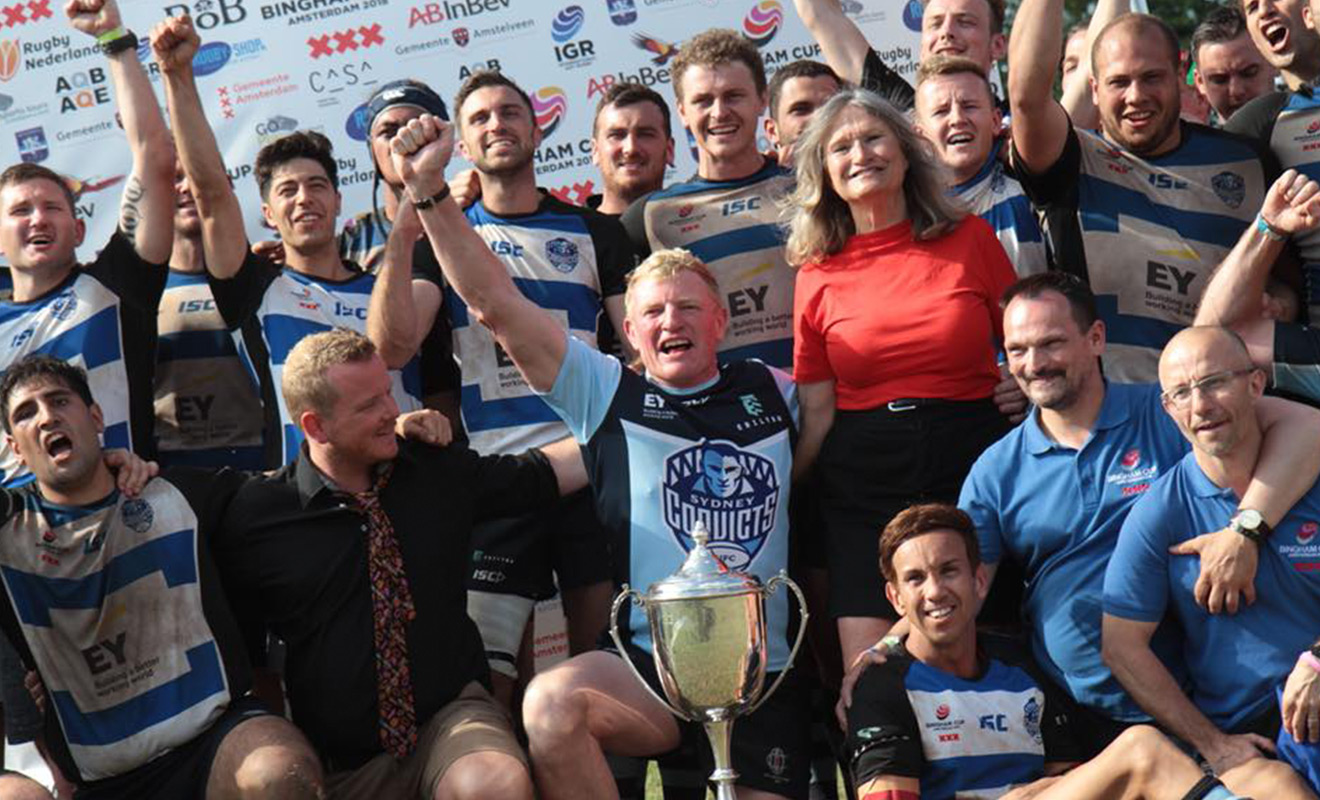 Hosted by Amsterdam, this is the fifth championship Sydney has won since the tournament began in 2002.

Sydney took home the trophy with a 22 to 8 win.

“A convincing win in a hard fought game against a strong team! Our boys bring home the Bingham Cup !!” Captioned the post announcing the win on the Convicts Facebook page.

“The whole weekend has been brilliant, with every team from around the globe giving it there all and the sense of community and pride was a joy to be a part of,” Melbourne’s JOY949 radio host, Dean Arcuri told DNA after watching Sydney win. “The standard the Australian teams bring to each tour gets better and better every Bingham Cup.”