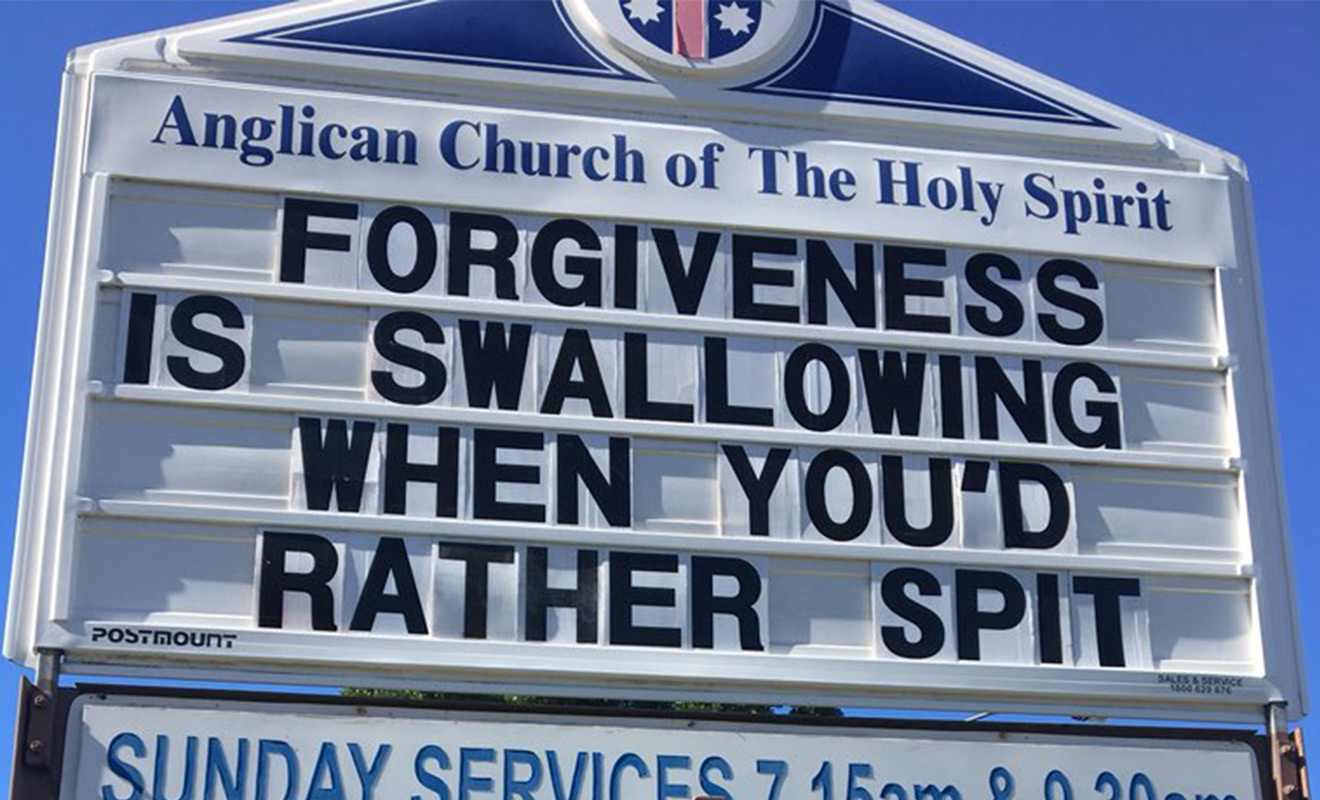 Gold Coast Anglican Church of the Holy Spirit has finally answered the age-old question of whether to spit or swallow in a message on their outdoor letter board sign.

The sign reads: “Forgiveness is swallowing when you would rather spit,” and went viral after Surfers Paradise MP John-Paul Langbroek shared a photo of the sign on Twitter, saying it was ‘church signs done differently’.

The senior minister of the church, Mike Uptin who put the sign up was unavailable to respond to media questions about the sign.

A spokeswoman for the church said the sign’s meaning was to “swallow your words and think before you say anything”.

Someone turn this into a t-shirt!

The sign lettering was removed late Wednesday afternoon after the sexual innuendo was realised.

A spokesman for the Anglican Church Southern Queensland Diocese confirmed to The Courier-Mail the decision to have the offending words removed.

“Once the Diocese became aware of the sign we agreed it was appropriate that the words should be removed,” he said.