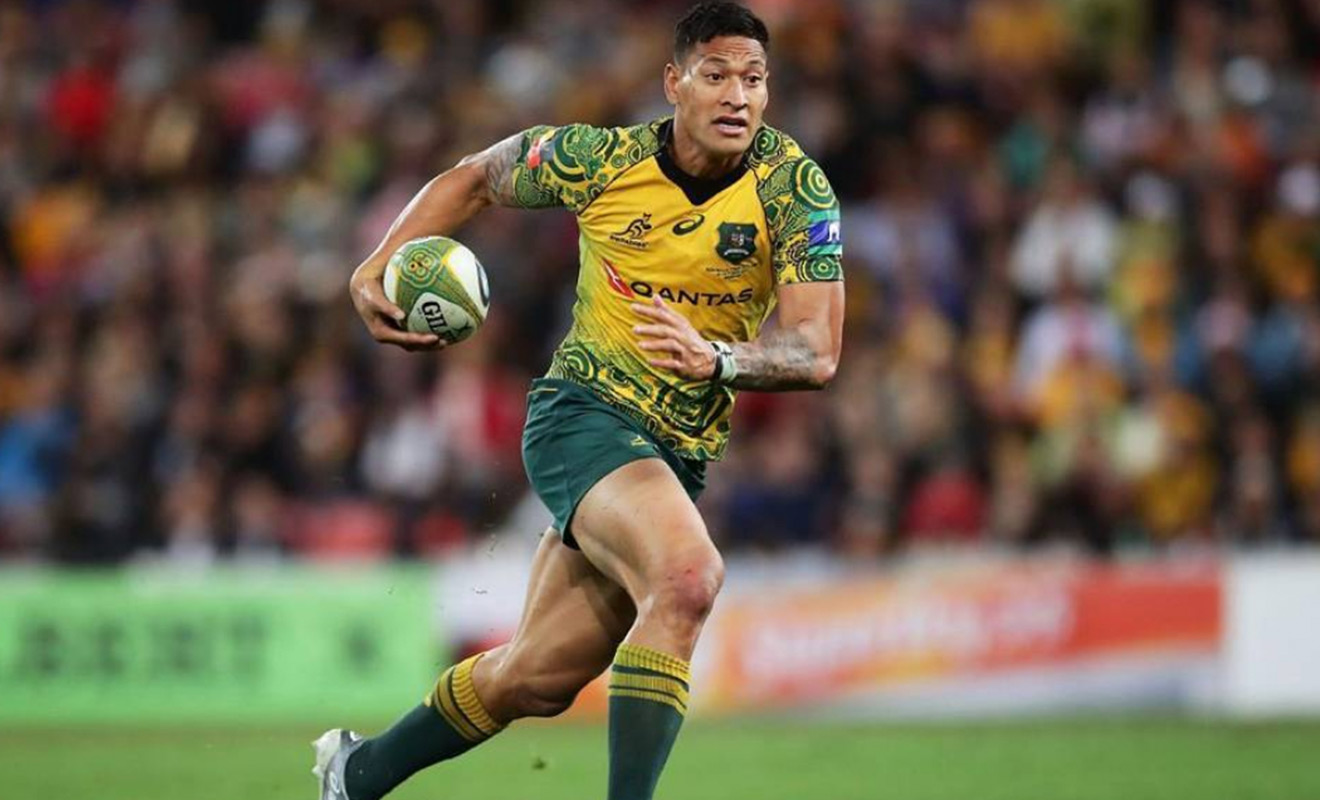 Rugby Australia bosses will meet with Wallabies fullback Israel Folau after public pressure to address the star players homophobic comment on Instagram that declared gay people were destined to go to hell.

It is the second time in two years that Folau, a devout Christian, has caused an uproar on social media after previously declaring his opposition to same-sex marriage.

Rugby Australia holds a firm belief in supporting “all forms of inclusion” in the sport, “whether its sexuality, race, or gender, which is set out in our inclusion policy.”

RA chief executive Raelene Castle and Waratahs boss Andrew Hore will meet with Folau to discuss his use of social media.

“We understand that Israel’s comment has upset a number of people and we will discuss the matter with him as soon as possible,” Castle said in a statement. “Israel’s comment reflects his personal religious beliefs, however, it does not represent the view of Rugby Australia or NSW Rugby. We are aligned in our view that rugby is a game for all, regardless of sexuality, race, religion or gender, which is clearly articulated in rugby’s inclusion policy.”

Andrew Purchas co-founders of Pride in Sport, Australia’s first and only sporting inclusion program who work with all codes of Australian sports including Rugby Australia, the NRL, AFL, FFA and Cricket Australia has called Folau’s comment “appalling”.

“Pride in Sport is disappointed to see the appalling homophobic comments by a national sporting identity and we unreservedly condemn these remarks. Such statements work against the significant progress that is being made by codes and organisations both on and off the sporting field,” Purchas said.