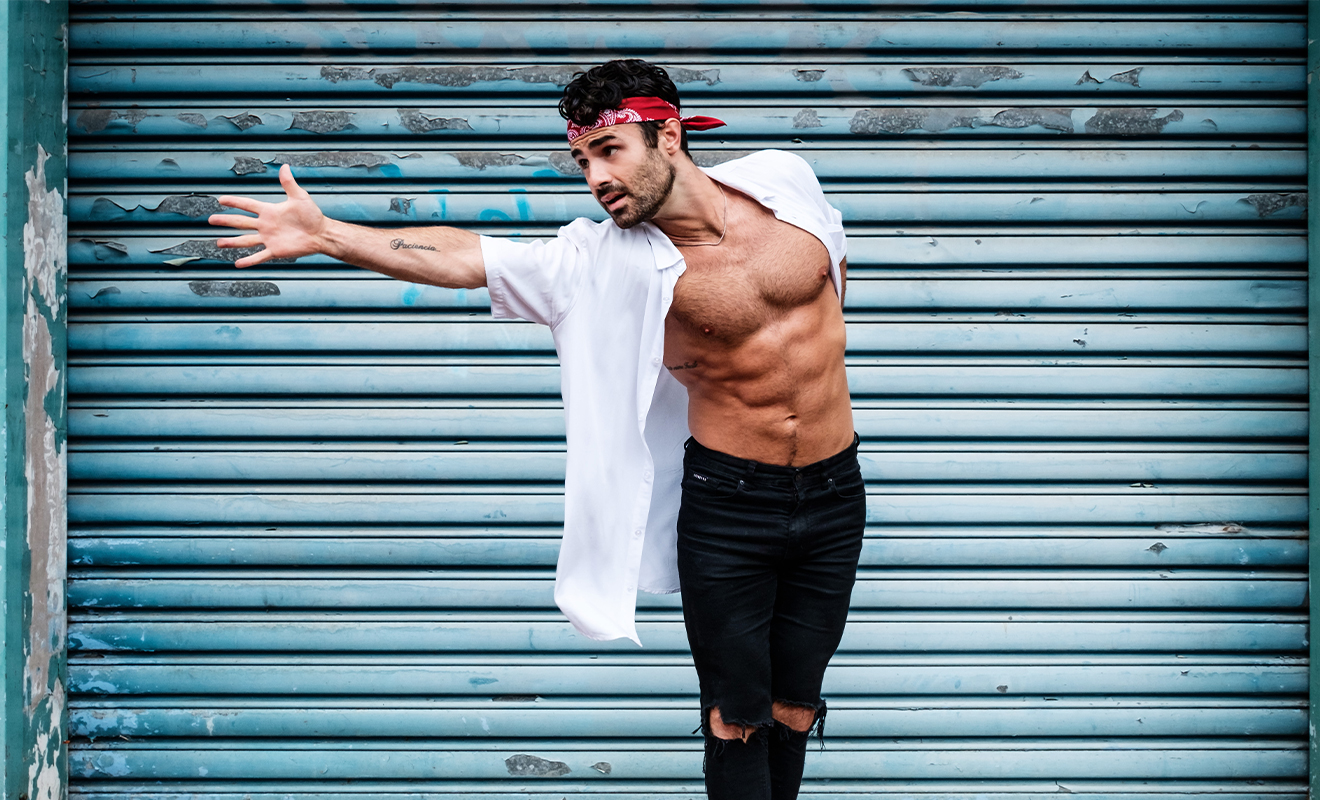 A Chorus Line is a musical telling the story of the backing dancers whose job it is to make the star look great. For once, the spotlight is turned on them, revealing the heartache, the euphoria and the exhaustion of what it takes to put yourself out there. It was a massive hit when it first opened on Broadway – running non-stop for 15 years. Dancer Ross Chisari is one of a troupe reviving the show at the Sydney Opera House. Every single cast member understands the struggle of the characters they play – and how, post-covid, they were all desperate to get the job, says Ross. Just like the characters they play.

DNA: One of the show’s hit numbers is Dance 10, Looks 3. How do you rate yourself?

Everything’s on the line in this show. As a performer, you’re constantly being rated, reviewed, judged. It must feel like you’re on Australia’s Got Talent or The Voice every day of your life. Yes?

You’re so right. You get used to it. At first I took it personally. “I didn’t get that job ‘cos he’s got more muscles than me” or “she sang better than me”. Years later, it’s become part of the gig. I went for an audition the other day and didn’t get it and I thought okay, move on. It does feel like you’re on Australia’s Got Talent and you get a red buzzer each time you don’t get the gig. But the more buzzers you get, the thicker your skin gets.

How do you not be jaded?

A really good question. It takes experience. I’ve been jaded and I’ve let rejection get to me and I’ve been tainted going into other auditions. And I haven’t got those auditions ‘cos I dwelled on past rejection. You learn to let go, move forward, and book the next job. Look, if you hold onto every rejection, you’ll get nowhere.

Then you’ve got the whole gay thing. As gays, we’re conditioned to believe less than perfection is not sexy. And ageing is the worst thing possible, except maybe death. Your self-image as a performer must be battered beyond belief. As a gay guy, how do you deal with the pressure to be perfect.

Absolutely. This industry is quite two-dimensional, surface-level and vain. You know that, coming into it. I’ve always been quite fit and active so I haven’t wanted to change my body or lose weight or gain muscle for my career. But I’ve always done it for me and that’s the difference. There’s a fine line between doing it for yourself and for others. Al, who I play in A Chorus Line, wears a tank top and has to do strong lifts [of other dancers]. Over the summer I like to keep fit and go to the gym, and I just happen to be right for this show right now. But if we were doing it in winter, hmm [he laughs].

Tell us about Al de Luca.

“I’m 30 and I’m from the Bronx.” That’s my opening line. He’s this masculine guy, with this up-front facade of bravado, protective of his wife. He’s got a muddled history with women, daddy issues. A rough upbringing. He’s found love has got him through. He comes to this audition with his wife and he wants her to get it over him. “I don’t need this job, she needs this job.” It’s the first time he’s been that selfless.

You can’t take a night off if you’re working. What pressures does your job bring to your relationship?

Soon after we got together, I went on tour and it was difficult. You see each other over FaceTime or phone calls but that connection isn’t there. When you do get together, it’s gotta be quality time, make memories, debrief, catch up. The time together must count. In 2019, I moved to the UK for a year. It was long-distance international, different times zones. We said if we want this to work, it will. And it did. I’m so fortunate to have a partner who says if it’s meant to work, it’ll work. You prioritise each other, answer the phone to say good morning, to say good night. Even if that’s all you do ‘cos of your schedule. It’s been tough. I won’t lie.

What industry is William in?

We met as performers. We were both in the musical Aladdin back in 2017. He’s since moved into a different career . But, listen to this, 12 years ago he played Al de Luca in the last tour of A Chorus Line!

I’m stepping into his shoes. As soon as I got the brief in 2020, I said help me! We sat down and went through the script and he gave me pointers and ideas and helped me with the back-story. I always go to him for support and guidance. That’s what a partner’s for.

There are some points in this show which are super-challenging. And I go, “Oh, fuck, here it comes! Hope I get it right tonight.” Know what I mean? Like I’m not perfect in any sense of the word!

What part is that?

The ballet section in the opening number, which goes for 12 minutes. We do jazz, hip, funk, contemporary and ballet. Zack, the director, says, “Okay, girls ballet groups!” Three girls go by. Then “boys!” and I think “fuck!” ‘cos I’m in the first group of ballet boys and I tell myself, “fake it till you make it, Ross”. I flex all my muscles and smile and think, “please look at my arms not my feet” [he laughs]. I have to work on it ‘cos I don’t have ballet training. I started dance at 16, I’m playing catch-up. Every night the director says, “ballet boys!” and I think, ”It’s just 15 seconds then you can walk off . . .”

Is the show as relevant and timely today?

Oh my gosh. Cassie has this line, “I need a job, Zack. I haven’t worked in two years.” In rehearsals, we all started tearing up ‘cos it’s true. Due to covid, none of us had worked for two years. We were at the point: “I don’t care what I do, I’ll sell programs, clean dressing-rooms, I just need a job!” Absolutely, it stands the test of time.

A Chorus Line now playing at the Sydney Opera House, to March 11. Visit the website for tickets and more information.