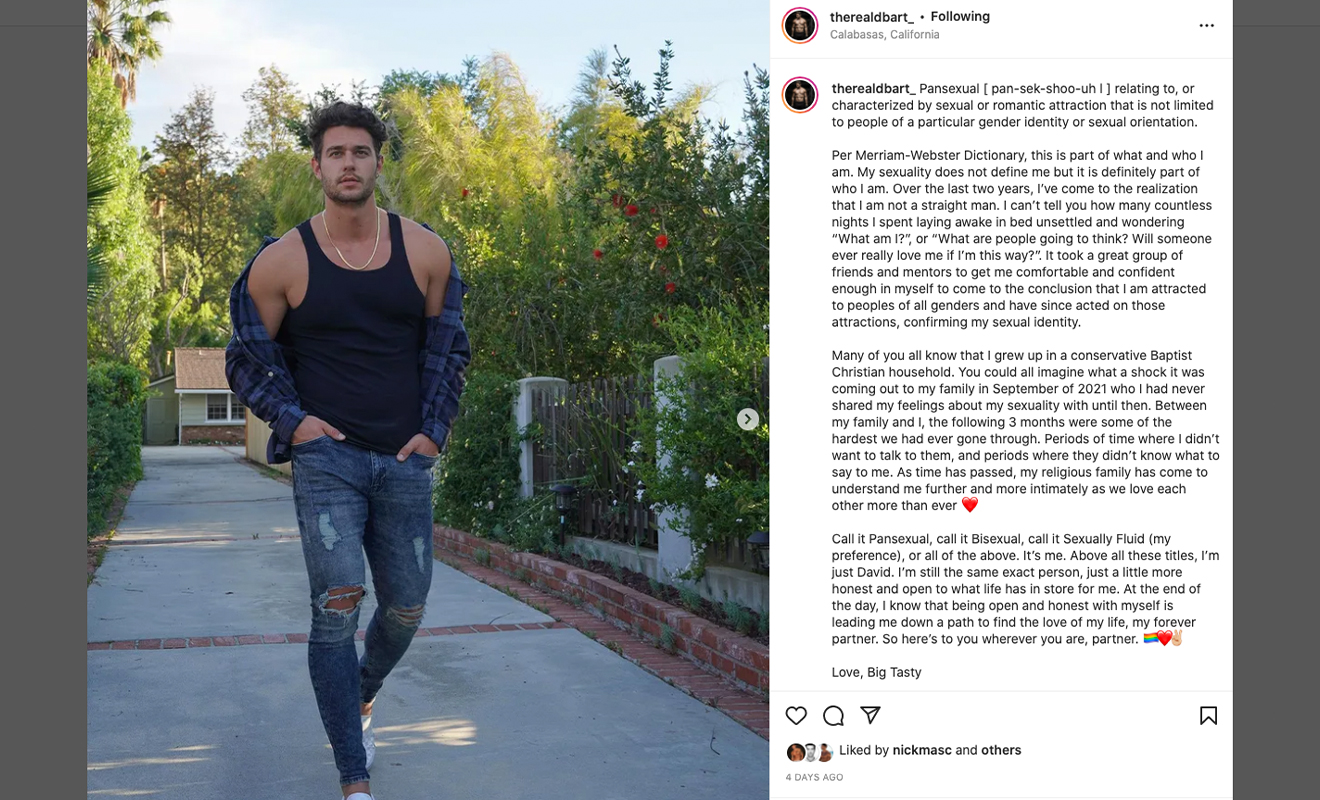 For lovers of reality TV, David Barta is a familiar face. He’s a contestant on Ex On The Beach season 5 and was also on Paradise Hotel before that. In the premiere episode of Ex On The Beach, Barta comes out as pansexual, reports Instinct.

“Pansexual, Bisexual, Sexually Fluid, All Of The Above”

There’s definitely something to be said about young men feeling confident enough to live their true selves, especially on internationally broadcast television. On the show, Barta explains that he has been exploring the part of himself that has always been attracted to men and that he thinks he may finally be ready to open himself up to same-sex relationships.

“I think I’m here definitely to get to know myself better and accept myself more,” Barta shared. “A big thing that has been going on for me, behind closed doors, in the past year and a half or so, has been my sexuality,” he says on the show.

Thus far, Barta is using his newfound openness to actively show his affections for other men on Ex On The Beach – specifically co-contestant Mike Mulderrig.

According to Instinct, David grew up Baptist Christian. Due to the conservative nature of his childhood, he found it difficult to be open with his family. The 23-year-old reportedly has a good relationship with his family now and that has helped him come to terms with his sexuality.

“Call it Pansexual, call it Bisexual, call it Sexually Fluid (my preference), or all of the above. It’s me. Above all these titles, I’m just David. I’m still the same exact person, just a little more honest and open to what life has in store for me,” he says.

Many young men, women and non-binary folks are feeling that it is okay to be open about their sexuality and gender expressions; it is a good sign that we are starting to see this diversity in all areas of media too – even on reality dating shows like Ex On The Beach. For David, we couldn’t be happier to welcome him into the LGBTQIA+ family.