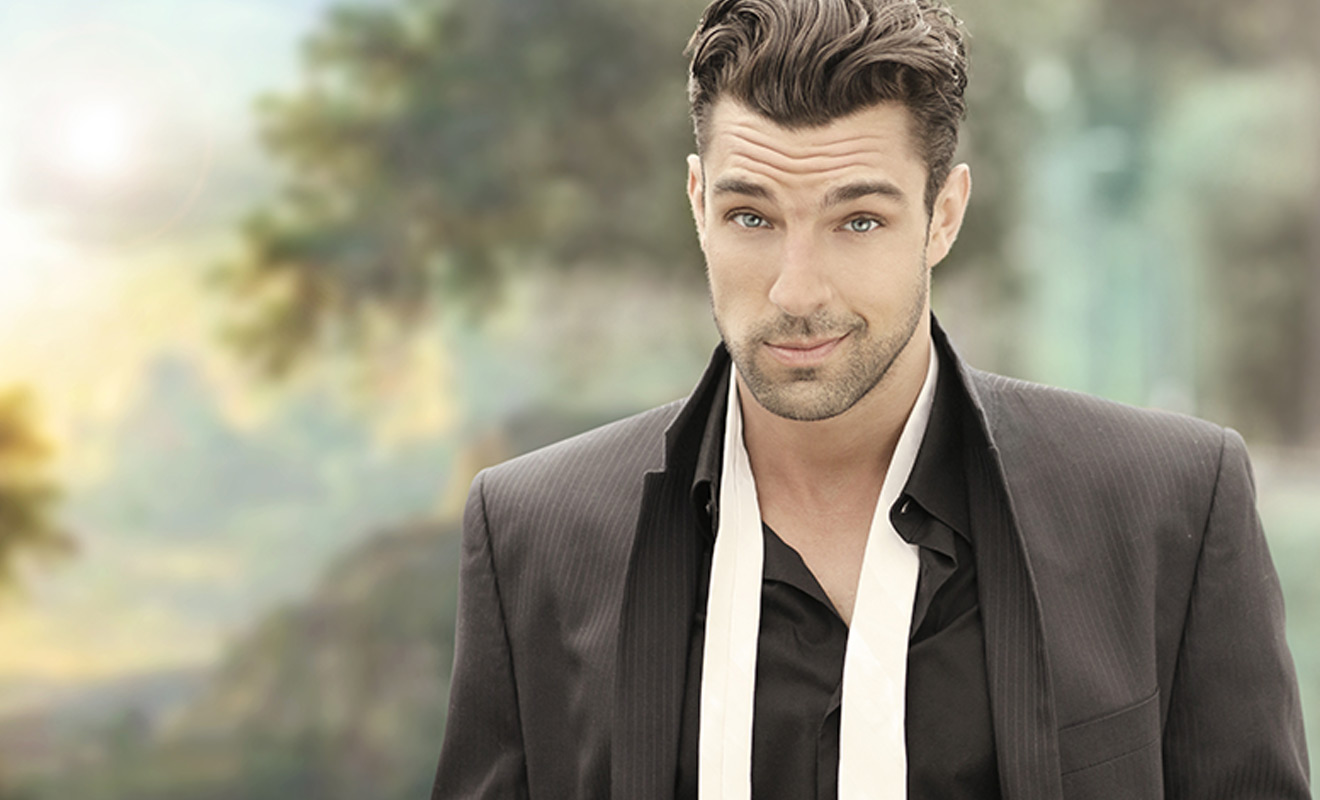 There’s something sexy about the suited-up groom, his best men and, in this case, his hot brother. An erotically charged story from Jack Ladd…

Marriage. What an intriguing concept.

Is it inherently human? A divine, sentient ritual or simply a ringed hand to hold along the twisting turns of life?

Some fear it’s a bejewelled leach on queer identity, sucking out the colour and shrivelling us into banal heteronormativity. Or perhaps we scoff it off as entrenched, patriarchal oppression from a time when relationships were transactional and people were commodities.

Then there’s that age-old phrase: “No better way to fuck-up a relationship than marriage.”

Or so says Mum.

Until recently, marriage was also a symbol of social progress. Now it’s reality: thousands of couples claiming their long-overdue and basic right. Their commitment recognised as law pushing us onward as we march loud and proud towards global acceptance.

I still don’t know how I feel about marriage. I’ve known love of different kinds, including bathing in the wonderfully warm glow of a happily-married couple who shared their bed and lives and lessons with me.

Being around such happiness, acceptance of each other’s flaws and a bond forged by years of mutual growth, made me realise how badly I want someone of my own to travel through life with. Even if one day we open our relationship, I know that all any relationship needs to thrive is trust, honesty and communication.

While I figure out my stance on nuptial bliss, I’m still overjoyed for friends who decide that tying the knot is for them. I will ever be more than happy to celebrate love.

That, and we all know there’s nothing like scrubbing up, donning a suit, getting day-drunk and, full of Dutch courage, capitalising on the fact that most weddings are a hot bed of sexual opportunity.

A writhing, well-dressed throng of loved-up, pissed-up guys looking for fun or, now and then, a chance to meet someone special. Like a man carved from your wettest dream, who discovers that he, too, could be as happy as the happy couple next to him.

Two friends, Stuart and Rob, got hitched at The Andrew Boy Charlton Pool in Sydney late last year. One of the most beautiful public swimming pools in the world, its built over the harbour, offering a dazzling, glorious backdrop for a truly special day.

Witnessing their union and their joy as well as their hot-as-hell best men all lined in a sexy row over ice-blue waters shimmering in the sun, was a sublime treat. And you can imagine that hooking up with one of the said best men would be the cherry on top of a brilliant day.

But we didn’t hit it off on the dancefloor, didn’t bump arses under disco balls before rolling around in his hotel suite. No, but this encounter was still sublime. An experience that, to this day, makes blood rush south, my balls to pulse and my mind to race like a movie reel, replaying the scenes over and over in time with my beating hand.

“His thick, dark hair was slightly messy, his tie was off and tucked into his jacket pocket, and the top two buttons of his white shirt were undone, revealing a tanned, hairy chest.”

The man in question was Stuart’s brother. And he wasn’t gay. Nor, as I discovered, was he straight. But, from the fleeting moments we shared, I gleaned he wasn’t the kind of man who did labels.

Let’s just say, he was invisible on my gaydar until the signs were glaring in my face.

In my defence, I’d heard stories. Whispers and rumours that Stuart’s straight big bro was flying in from Perth. That he was “a lovely guy” but bound to “stick out like a sore thumb”. Then, when he arrived and walked through the meticulously arranged, white-ribboned chairs to take his place at the front, came the comments.

Lamenting coos all around me that his usual “rough-and-ready” look was now trimmed and sculpted into a simple, light blue and grey suit that made his sapphire eyes pop and his body, built from years of manual, outdoor work, look better than any of the gym-bunnies hopping about in designer clothes.

He first saw me as he scanned the crowd, standing at the front. His demeanour different than the boys next to him. No big smile or waves at the people he recognised. Just hands behind his back, chest out and face forward; the sky and harbour melting into one behind him, punctuated by a huge ship gently jostling on the waves.

This backdrop suited him. Strong, hard, sturdy and intimidating. So much so that when his perusing eyes caught mine, I turned my face away. Something I hadn’t done in years. Eye-fucking men was one of my favourite things in the whole world to do. That moment when you catch their gaze and lock-on. Watch eyes widen and glisten and smile as lips move in unison. And then there’s the anticipation: who will break first?

But I’d already broken. Lost my nerve under his powerful stare before awkwardly shuffling in my seat and telling myself to leave the poor hetero alone.

Then again, he was by far the finest here. No harm in some window shopping.

When I dared look up again his attention was long gone.

The ceremony over, the reception was a short stroll away through the Botanic Gardens. Then, after the meal and speeches, I snuck off to blaze up a cheeky joint away from elderly relatives and tipsy vultures. Leaning against the warm bark of a jacaranda tree, I ignited my smoke.

No less than two minutes after the scratch of my lighter came footsteps. Soft on grass but undoubtedly heading my way.

The brother. All six-feet-and-two-inches of him. His thick, dark hair slightly messy, his tie off and tucked into his outside jacket pocket and the top two buttons of his white shirt undone, revealing an inverse triangle of tanned, hairy chest.

“I thought I could smell something delicious,” he said.

My cock twitched. Something delicious? Then I put two and two together.

“Impressive,” I said pulling in a drag, holding it for three counts and blowing out a cloud of scrumptiously pungent grey above my head. “Here.”

“Thanks, bud,” he said, taking the joint and toking deep.

He passed it back, but I waved him away. Said, “More. You deserve it after your speech.”

“You liked it?” he said, pulling another lungful before passing it back.

“Yeah I gathered. From the speeches.”

He laughed. Said, “How do you know my brother?”

“Oh, from the scene, really. We bonded last Mardi Gras on a boat. You know, the usual.”

He chuckled again, took the joint I was holding out for him and placed it to his thick lips. Took a drag, his eyes stuck on mine like glue, and gave it back.

“Not just the joint.”

Turning my head to the side I made a confused face. Said nothing.

“I mean thanks for not hitting on me,” he said.

It was my turn to laugh. Then, after a drag, I said, “The night’s still young.”

He smirked. Said nothing.

“Too much attention?” I said.

“Yeah,” he said, leaning against a large boulder behind him bordered by red and orange flowers and lush green. “Usually when I come visit and Stu takes me down Oxford Street, I love it.”

“You do?” I said, passing him the final smouldering inch.

“Yeah. But today’s about him and Rob, and I haven’t had a single conversation with one of his mates without some kind of comment on my arse, you know?”

“Hey, it’s a wedding. Everyone’s either pumped or lonely.”

“I know. I just needed to get away for a bit. Have a normal chat. Been kicking myself all day for not bringing some of this with me, too.”

“Well, I’ve got plenty of green to share,” I said patting my blazer over the lump in my inside pocket.

Nodding, he smiled at me. Then, squatting down, he rubbed the stub of smoking stick against the grass until it extinguished; his thighs and back and arse absolutely phenomenal. Holding the dogend in one hand he reached out the other.

“See you later,” he said as we shook.

And he did. All evening.

First, we ended up next to each other in the obligatory group selfie with the wedding party. Shoulder to shoulder, his arm casually around my waist. His scent rich and fresh; his hold hot and soft.

Then, as some friends and I took advantage of the dwindling open bar, I caught him looking at me from across the room. I nodded and smiled. He did the same. Then, as the DJ took his place in front of the decks, a space was cleared and the couple began their first dance, there came a poke in my lower back.

It was Anthony. He was indicating with his head to follow him and pinching his index finger and thumb together as though he was smoking an invisible joint. In his other hand was a bottle of Coke and a bottle of Corona.

Back at our hiding place, through the garden and away from the crowd, we sat, our knees centimetres from each other, silently staring out to the sunset, as I rolled.

“Thanks,” he said, passing me the Corona in exchange for the doobie.

Then we talked. Spoke, drank and smoked under a sky of orange and pink as I told him about how I’d moved to Australia from England years ago, how long I’d been living in Sydney and what I did. What I liked about the city and what I didn’t.

He did the same but about Perth. Told me about his job and his ex-wife of seven years. About how she’d wanted kids but he didn’t and how that had forced them apart. Told me about how he’d been thinking about moving to Melbourne for the last year but didn’t have the balls to do it. Playfully punched me on the arm after I called him a pussy.

“Hey, I came here by myself. From England,” I said.

He trailed off. Looked down at the grass between his legs and pulled at it with his fingers.

Looking up, his eyes suddenly wide and tinted with fear, he said, “You know who you are.”

I laughed. Louder than I should have thanks to the weed and beer mixing in my stomach. But then the moment came. The moment when my gaydar suddenly burst into life and I realised that I knew that look.

I’d seen it in the eyes of the closeted boys at school. The kind of look that begged me to make the first move because this was the closest he’d ever allowed himself to get to another man, and the thought of taking that final jump made his stomach churn and his  legs go weak.

So, I kissed him.

Find more from Jack Ladd at jackladd.org or search for Jack Ladd on Facebook.