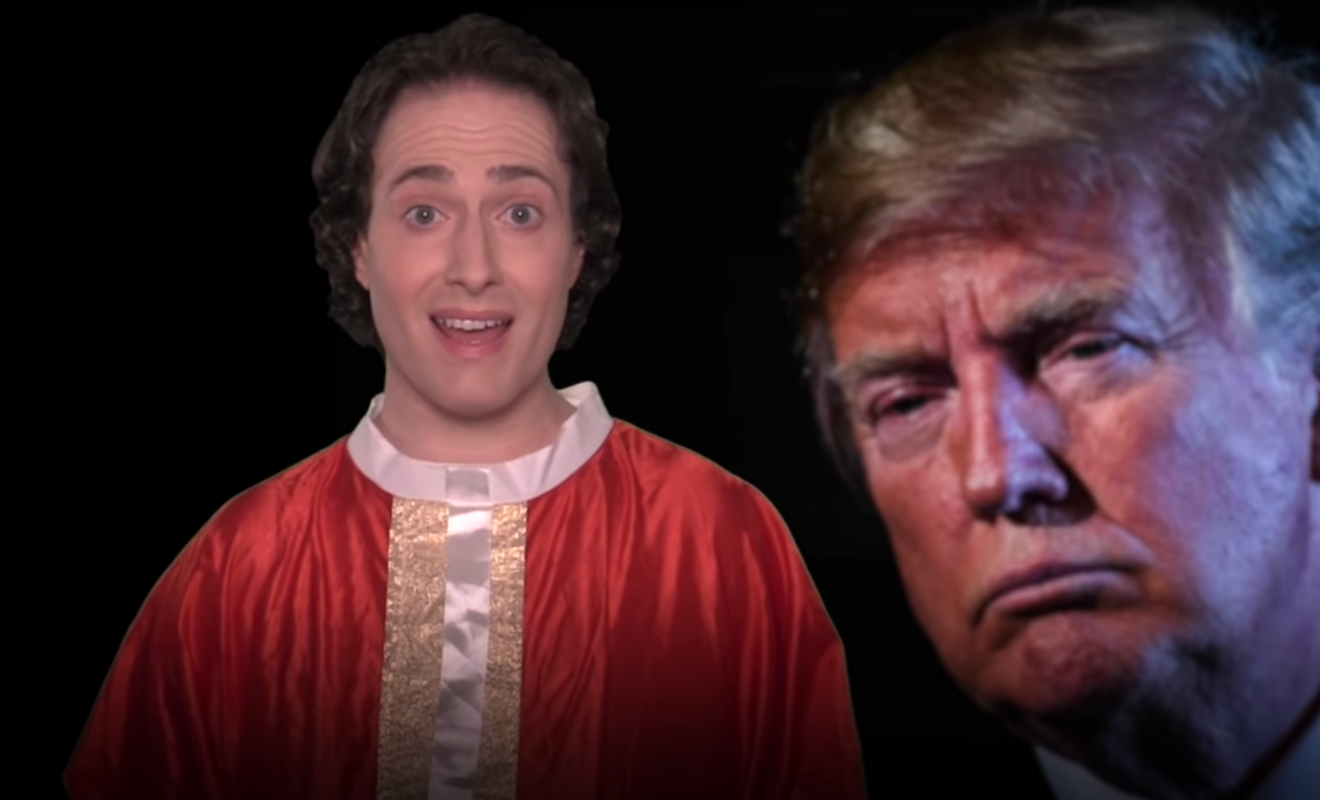 Randy Rainbow has used Donald Trump’s refusal to concede his defeat at the US election to Joe Biden as the basis for his latest parody video, Don’t Tell Donald He’s NOT RE-ELECTED TODAY!.

In the video, set to Not Getting Married Today from the musical Company, Randy drags-up as White House Press Secretary Kayleigh McEnany to parody Trump and his refusal to admit he lost the election.

“Look I understand, we’re in the midst of a pandemic / And perhaps the worst economy since 1942 / But he’s embarrassed so he isn’t coming out because he lost / I mean he didn’t lose, he won / And that’s exactly what I said / And so he’s sending out his staff to make preposterous pronouncements / While he binges Egg McMuffins ’til reality sets in,” he sings.

“So thank you all / But he won’t be conceding / We’re just counting the states where he’s leading,” he cheekily added.

Watch the video below.