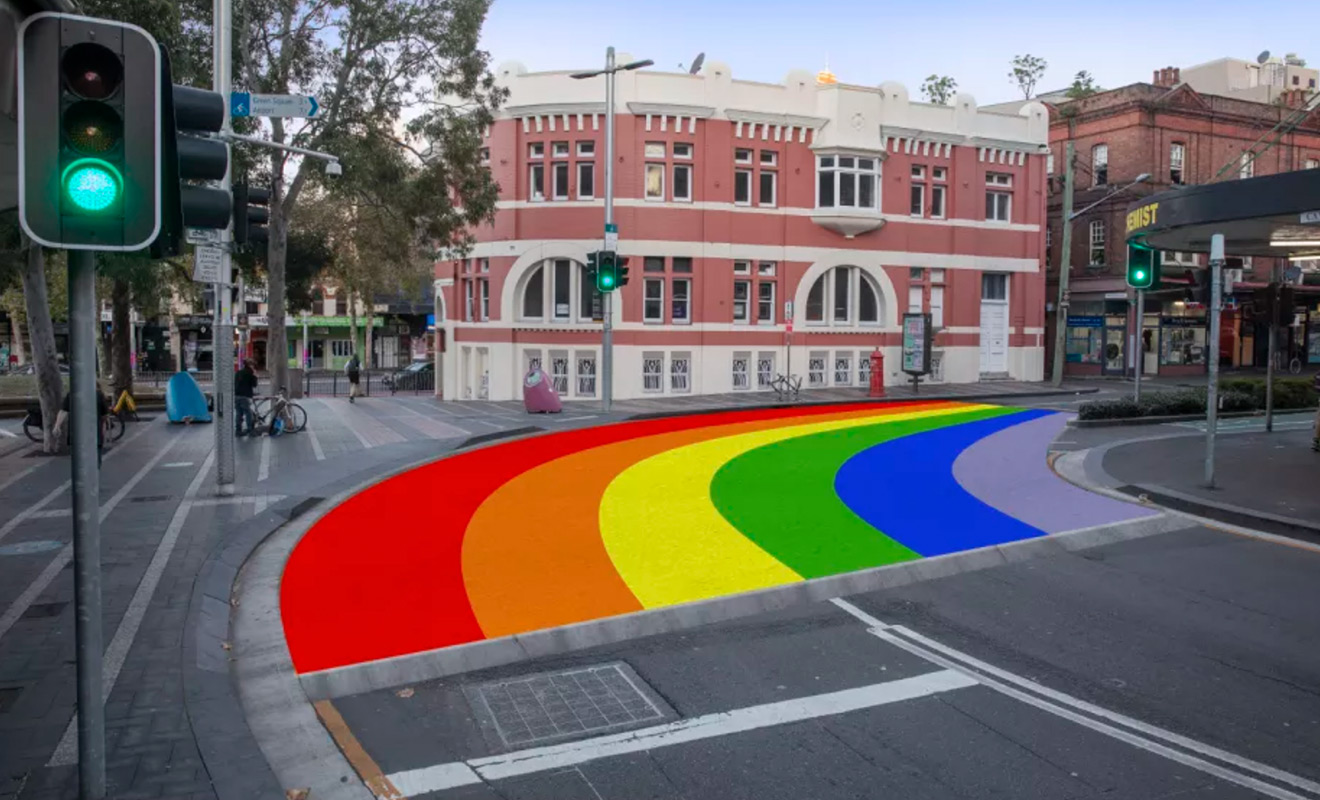 In the shape of a Rainbow too!

The City of Sydney council has revealed they’re planning to bring back the rainbow crossing to Taylor Square.

Releasing an artists impression image, the graphic shows the proposed new site or the colourful crossing will be off the main road, between Campbell and Bourke streets.

“Our beautiful Oxford Street rainbow crossing became a global sensation in 2013 and it was devastating when it was removed with no warning in the middle of the night,” said Sydney Lord Mayor Clover Moore.

“The news that it will be reinstated is incredibly significant on the eve of the 40th anniversary of the first Sydney Gay and Lesbian Mardi Gras on 24 June, and a powerful acknowledgement of the importance of our LGBTQI community and history.”

The first rainbow crossing was painted across the main road of Oxford Street in 2013 to help celebrate 35 years of the Sydney Gay and Lesbian Mardi Gras. It lasted one month before it was removed by the then NSW roads minister Duncan Gay due to pedestrian safety concerns.

Residents and businesses in the area will be consulted about the proposal in August. All being well, construction is scheduled to start in October and is expected to take three months.