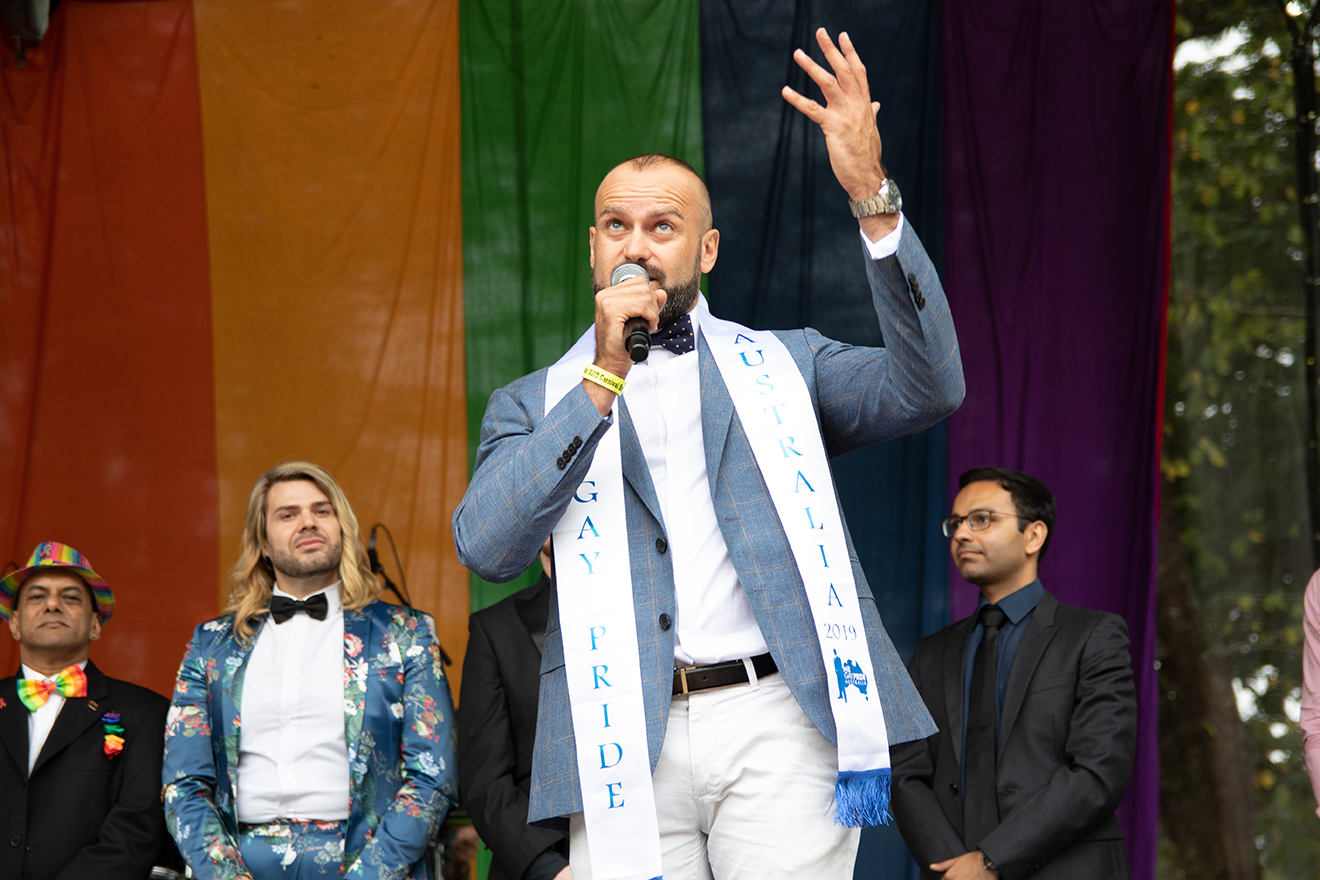 Rad Mitic has taken out the crown of Mr Gay Pride Australia 2019 after a weekend of challenges that culminated on stage in the finale at Daylesford’s ChillOut Festival.

It was an extremely close competition with a narrow one percent separating the top two finalists. Contestants completed seven online and face-to-face challenges which included interviews in front of a judging panel that included President of Mr Gay World Eric Butter and current Mr Gay World, Australia’s Jordan Bruno.

Rad was instrumental in setting up the In It Together forums which are held to tackle suicide within the LGBTIQ community, an issue very close to his heart after a number of his friends have taken their own lives in the past few years.

Speaking on stage at the ChillOut Festival Carnival, Rad dedicated the win to his friends that had passed away.

“I’m overwhelmed with emotion, this wasn’t just about me it’s about all my friends that have taken their lives and I really wanted to stand up and make a difference,”

“I’m not that person to sit back and just let it happen to more people. I lost a friend just two weeks ago, she was only 24 years old so it’s very very close to my heart and I want to make a difference.

“My friends become my family so when I do lose someone that’s close to me it’s like a family member to me.” Rad also made special mention of the seven other finalists from the competition that had all come to the competition with important issues that they wish to tackle.

“The community has always been my family so I feel like I’ve always had to step up and be tough and speak up against online bullying and the racism in our community.

“There’s so many important issues and we’ve got so many incredible people that I’ve been working with over the last couple of days and I’m just excited to be able to use this platform to actually raise more awareness and I’m so grateful it means the absolute world to me.

Rad will represent Australia at Mr Gay World from April 28 to May 4 in South Africa, a competition that Australia won for the first time in 2018 when Jordan Bruno went from being crowned Mr Gay Pride Australia to notching up the World crown.

“A big responsibility now to represent Australia and especially taking after Jordan and I’m not taking that lightly, I’m going to do my best and continue to work with everybody and hopefully make everyone proud,” Rad said.