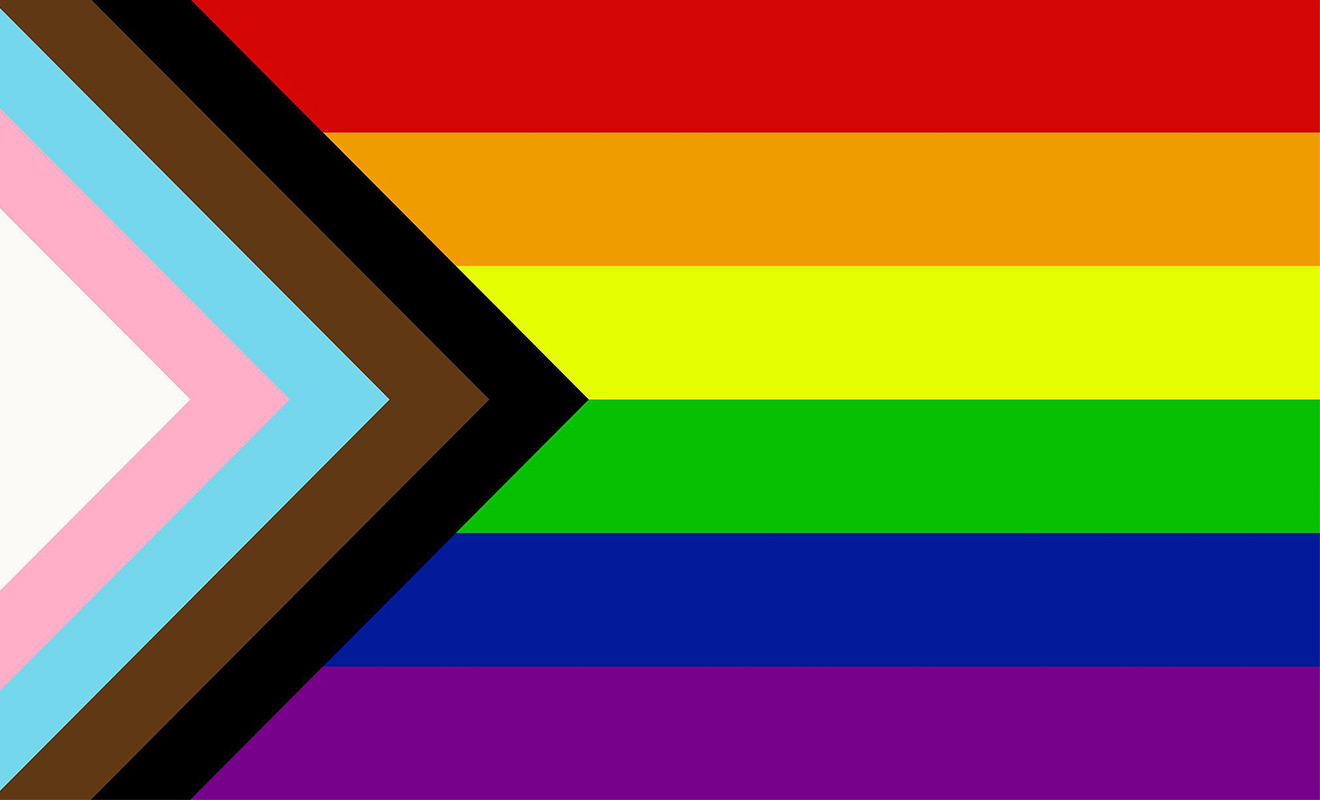 US designer, Daniel Quasar has launched a Kickstarter campaign to create and produce a new “progress”-focused design for the LGBT+ community flag.

According to a post on xyr Facebook – Quasar identifies as a ‘queer non-binary demiguy’ and prefers xe/xem/xyr pronouns – created the flag design last year around the time there was much debate about adding racial inclusive black and brown stripes to the flag.

“When the Pride flag was recreated in the last year to include both black/brown stripes, as well as the trans stripes, I felt there needed to be more thought put into the design and emphasis of the flag to give it more meaning.”

Xe then continues in the post to further describe the meaning of the flag:

‘The 6 stripe LGBT flag should be separated from the newer stripes because of their difference in meaning, as well as to shift focus and emphasis to what is important in our current community climate. The main section of the flag (background) includes the traditional 6 stripe LGBT flag as seen in its original form so as not to take away from its original meaning.

‘The trans flag stripes and marginalised community stripes were shifted to the Hoist of the flag and given a new arrow shape. The arrow points to the right to show forward movement, while being along the left edge shows that progress still needs to be made.

DNA Magazine: What have the responses to the flag redesign been like?

Daniel Quasar: The response has been all over the spectrum, from overwhelmingly positive to strikingly negative. I understand the nature of the internet is quick in its response and I’ve been doing my best to focus on the good that’s coming out of this.

It’s definitely been stressful, especially since I wasn’t expecting the huge impact. Overall, the growth of the Kickstarter campaign has shown me how much people feel positively towards what I am doing, and that is all that matters.

DNA: The LGBT+ community is ever growing, with a ‘reboot’ flag is there chance it may not be inclusive enough?

Daniel: As is the nature of our community, this flag is meant for this moment in time so of course I know it will change again. As we change, so too does our message and our needs. This is merely a supplemental flag for the current climate of our community.

A desire to spread a message that there is still work to be done in certain areas, even from within our own family.

DNA: Will there be personal creative licensing attached to the design, or is this your gift to the LGBT+ community?

Daniel: I am working out how that will work, I’m still figuring it out. I want to make sure that whatever is done is fair for everyone. I just haven’t figured out what that looks like yet.

The Kickstarter campaign has so fair raised close to $9k of it’s $14k goal with overwhelmed and happy with the number of people who support xyr design.