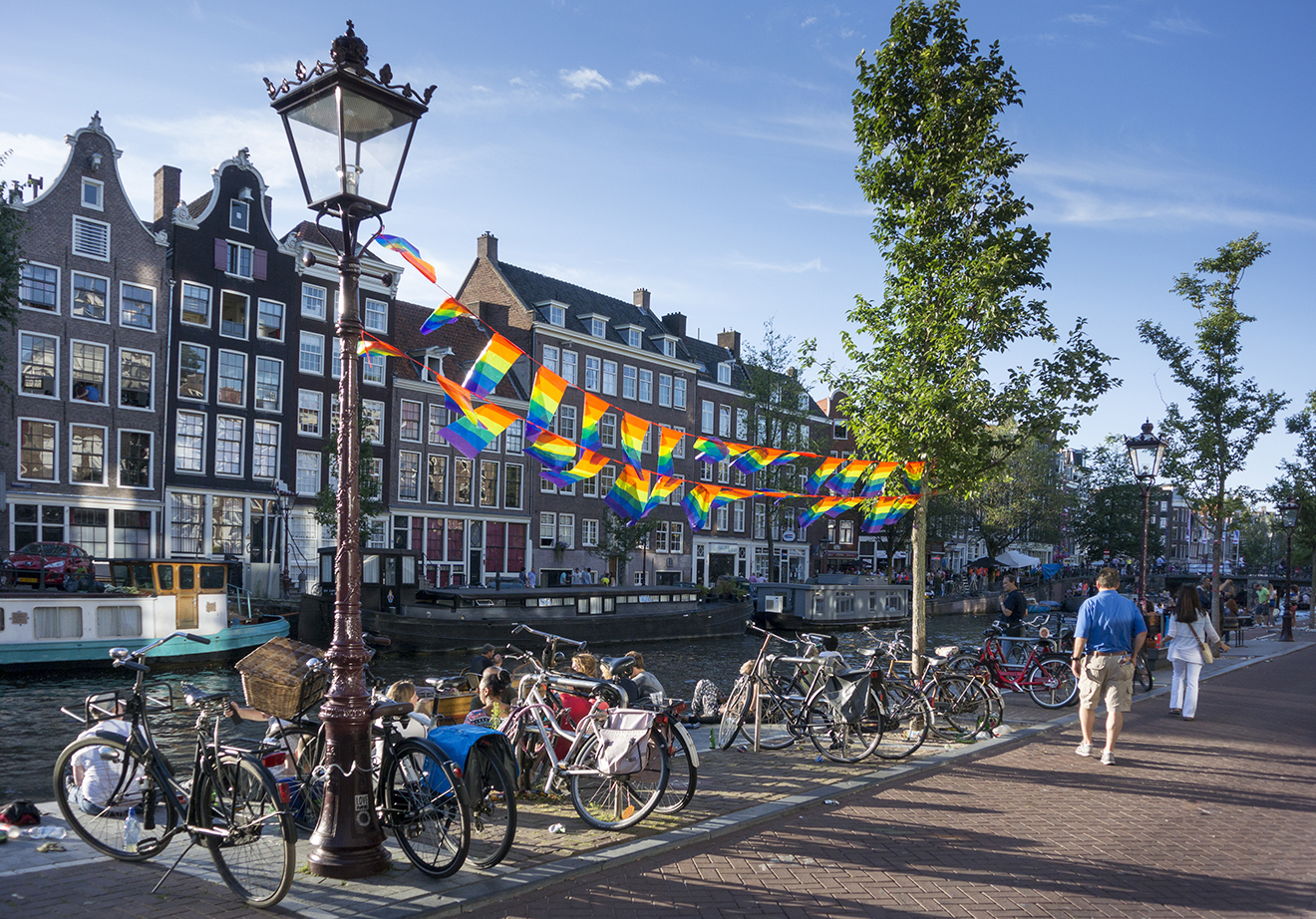 80 boats took part in the parade with representative from across the LGBTIQ community, the Dutch police, the military and even an undertaker.

The theme of Amsterdam Pride was: “Remember the past, create the future.”

“This year we are commemorating the Stonewall riots, which broke out in New York 50 years ago and form a decisive moment in the history of the LGBT-movement”, said Amsterdam Gay Pride director Lucien Spee.

Not to be outdone, Belfast also held its Pride festivities over the weekend. On Friday night a giant rainbow flag was delivered down Belfast Lough on a flotilla of boats blasting their horns to cheers from onlookers.

For the first time, the rainbow flag flew outside City Hall and Irish premier Leo Varadkar attended and mingled with crowds.

Unlike the rest of the UK, Northern Ireland has not legalised same-sex marriage.

Since January 2017 there has been no functioning government, causing Labour MPs, Stella Creasy and Conor McGinn, to table bill amendments to change the law to be in line with the rest of the UK.

The changes were approved in Parliament, meaning if a government has not been restored in Northern Ireland by October 21, same-sex marriage will be legalised.

If this happens, new laws regarding same-sex marriage will come into force by January 2020.