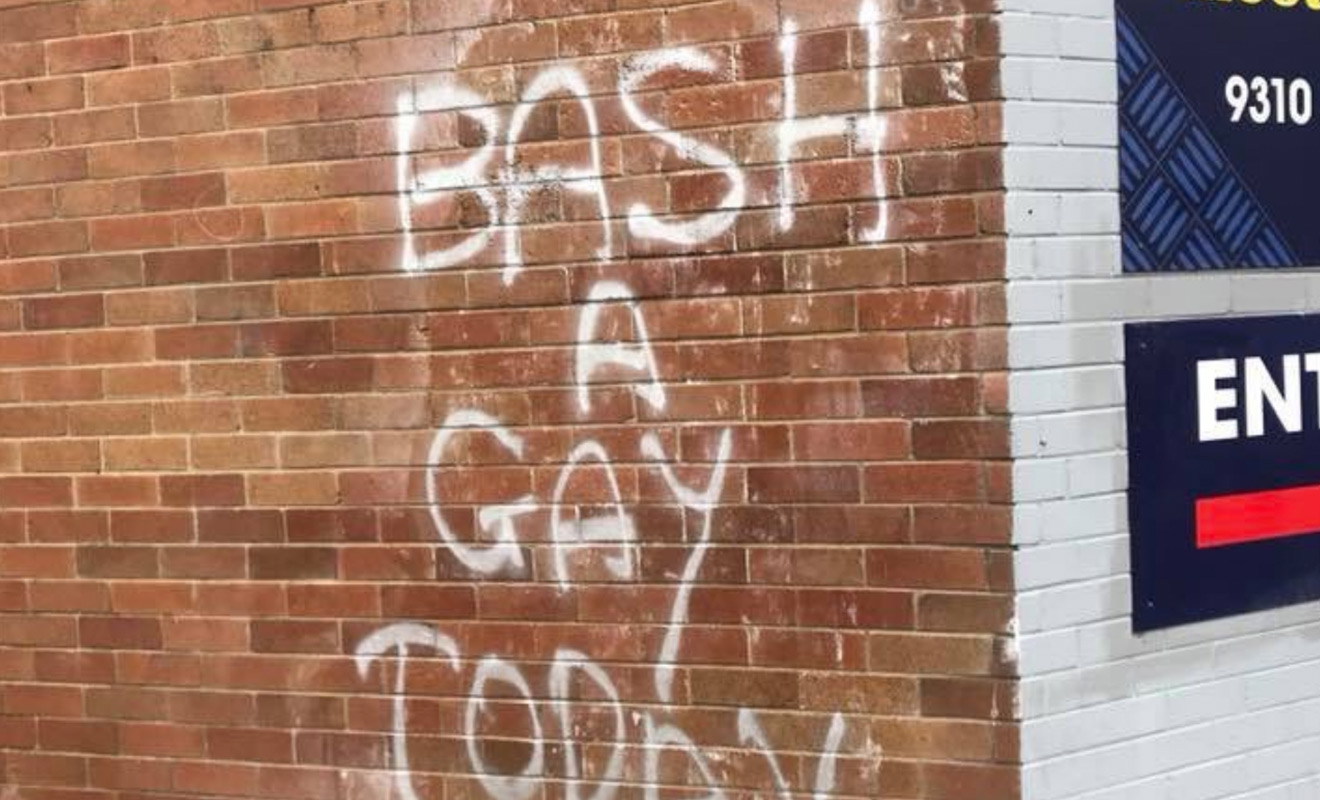 Graffiti in Sydney. Image via Twiter

New South Wales Police are searching for a man who was photographed spray painting a call for violence against gay people on a wall in Sydney’s inner west over the weekend.

Witnesses, Laura Hunter and April Long saw an older man crouched spray painting the wall and told media that the man said he had been “robbed by a gay man once” when confronted.

A NSW Police spokesman said officers from Redfern local area command are investigating the incident and called for anyone with more information to come forward.

I don’t think this bloke knows that his Sunday morning art work is going to make him famous pretty quickly. pic.twitter.com/YmTkrAfMFT