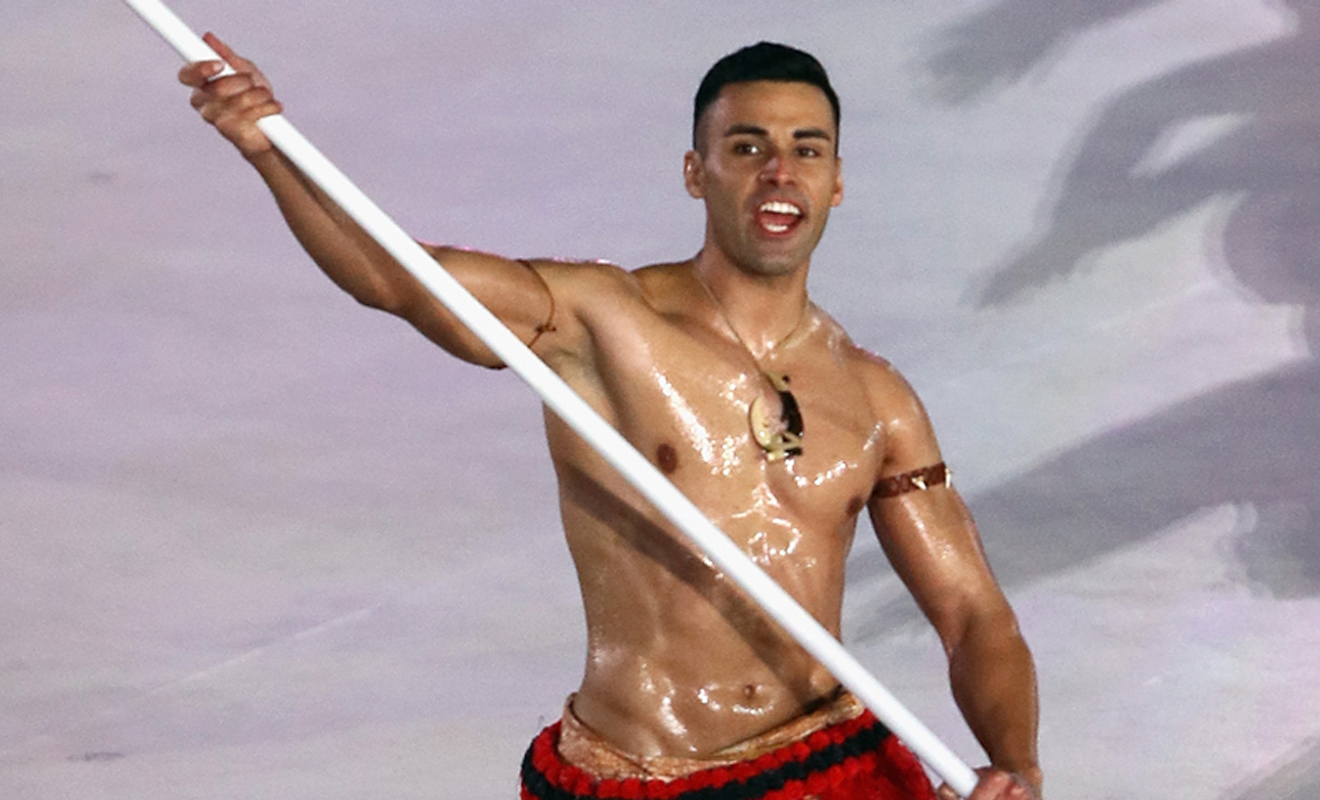 Pita Taufatofua became a global thirst trap after his shirtless appearance at the opening ceremony for the 2016 Olympics in Rio di Janeiro went viral. Braving the freezing cold temperatures at the opening ceremony of the Pyeongchang Winter Olympics, the 34-year-old Australian born Tongan cross-country skier, did it again to wild cheers from the crowd – and every living room watching the TV coverage.

After his grand entrance Taufatofua told the press:

“I won’t freeze. I am from Tonga. We sailed across the Pacific. This is nothing. It’s a little bit warmer being in Rio than in here … but anytime you get to represent your country is a good time.”

Taufatofua competed in taekwondo at the 2016 Olympics, at the South Korea Winter Olympics he will be competing in cross-country skiing. He is the first male athlete from the nation to ever qualify for the event as there is no snow in Tonga.

Speaking with CNN Taufatofua explained that after Rio, he wanted to find the “hardest possible sport” because he needed a new challenge:

“When you’ve got no snow, it’s really hard to learn a snow sport so we looked at all the different ways I could mimic being on snow without actually being on snow. We found roller skis, I’d strap planks of wood to my feet and run on the beach, just to try and find that balance point, and I’d watch a lot of YouTube and see what the professionals were doing, and I’d try and mimic that mentally in my head.”