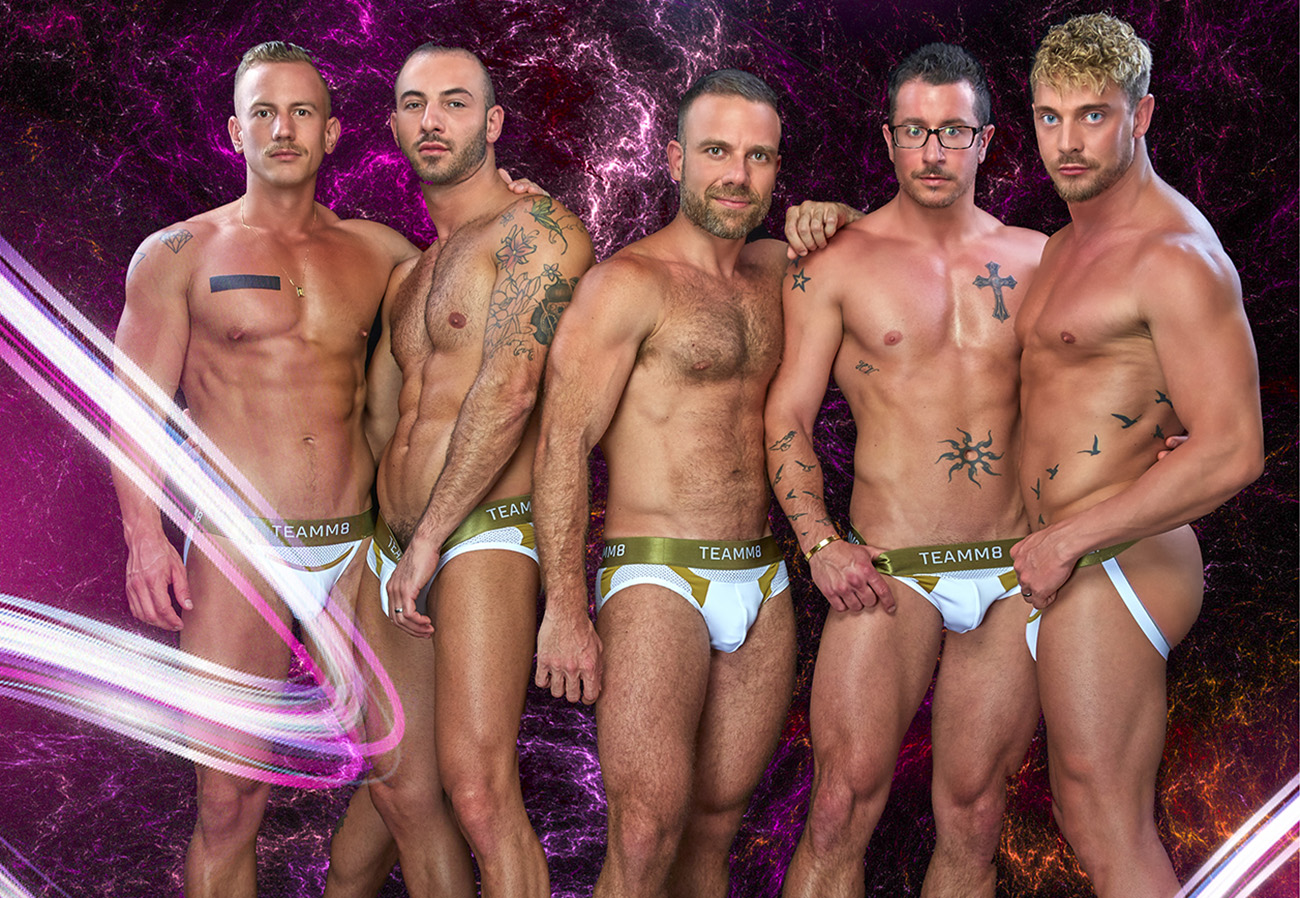 The party that follows the Sydney Mardi Gras parade is known as the main event but you can party all through the festival in 2019 with a range of circuit parties and other events coming to town.

Sydney’s ARQ nightclub in Darlinghurst in the middle of Sydney’s gay nightlife precinct is hosting Sydney’s Biggest Underwear Party on Thursday, February 28 from 9pm. Join some of the hottest men from around the world as you dance to tunes spun by DJ Dan De Leon (USA), DJ Jesus Montanez, DJ Bret Law, DJ Sacha Belle and more to be announced.

*Free pair of underwear when ticket is bought from Teamm8 store.

Tickets here. And available at Dailyjocks and Sax Fetish
From $39+BF TO $54+BF

For the first time since 2014 Australia’s premier and hottest event for men returns to Universal (The Shift) Featuring the sexiest and friendliest all male crowd performances on earth. Professional clothes check run by Sydney Convicts.

On Friday March 1 set sail with the POOF DOOF Boat Party from Wharf 9 at the King Street Wharf on the eastern shore of Sydney’s Darling Harbour aboard the Sydney Glass Island.

Five hundred Mardi Gras revellers will enjoy a four and a half hour cruise on the harbour while they dance to DJs and performers including Dan Murphy, Dom de Sousa, Sveta, Cunningpants, Jason Conti, Jonny Marsh, Mimi, Art Simone, and Coco Jumbo.

Organisers say Candyland will be the sweetest closing party of the Mardi Gras weekend finale and they expect the party to sell out so get yours here.

Also starting at 2pm, Apollo The Party comes to Sydney’s legendary Metro Theatre on George Street in the heart of Sydney’s CBD with the sounds of DJs Adam Love, Adam Cox, Ruby and Matt Bachl.

Organisers say a Mardi Gras celebration isn’t complete until you’ve tripped the light fantastic and rocketed through the fabulous, fantastical and fanciful world of Apollo.

At Darling Harbour waterside night club Home the Venue will be kicking off La Leche from 3pm.

The event’s organisers say La Leche will bring the finest circuit music on the planet and we are thrilled to welcome DJ/Producers Nacho Chapado (Spain) & Oscar Velazquez (Mexico) who will set fire to the dance floor with more DJs to be announced.

Then over at the Burdekin Hotel at the bottom of Oxford Street, the THICK ‘N’ JUICY party will be getting started at 4pm.

Famous for world-class entertainment, cheeky themes and awesome venue transformations, THICK ‘N’ JUICY want you to party with them!