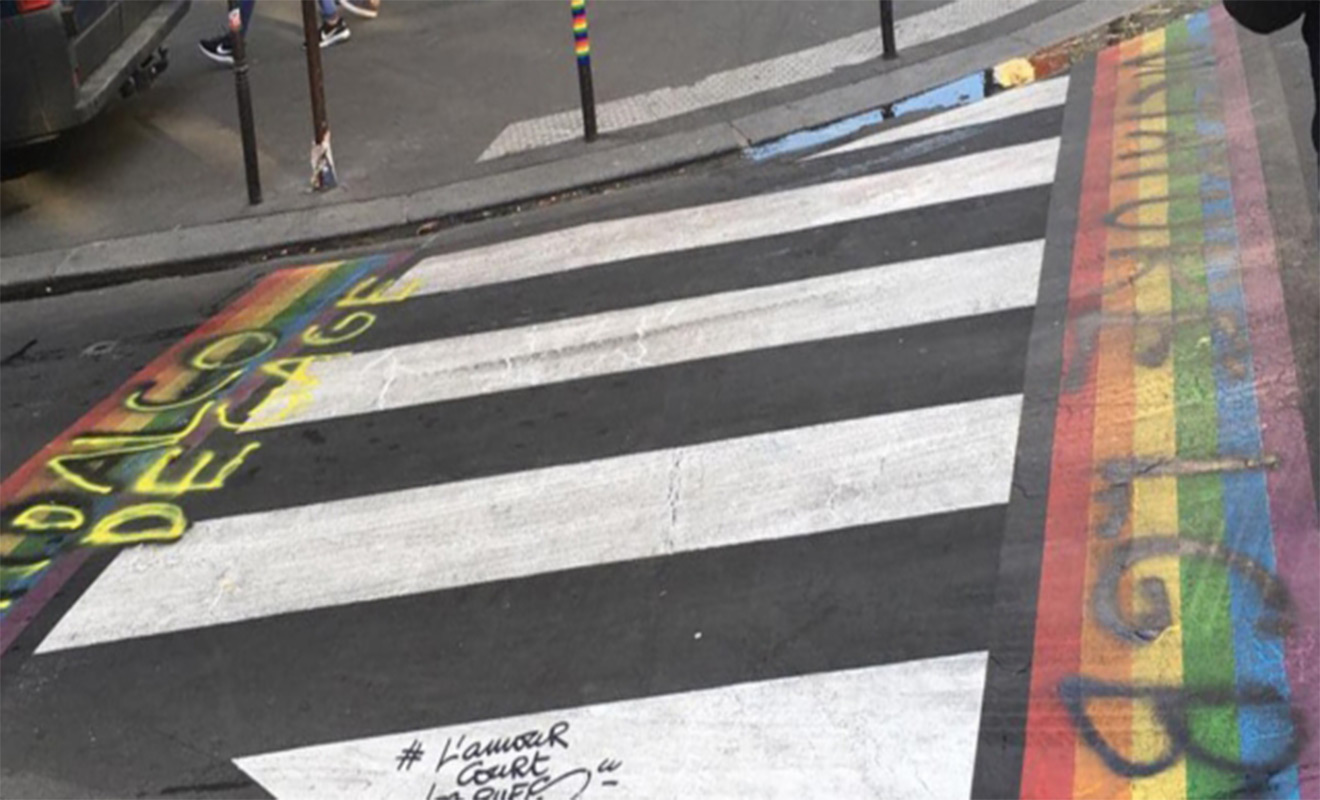 The crude graffiti “LGBT dictatorship” was written over the rainbow colours along with “Hidalgo dégag” which translates to “Hidalgo get out”, a direct message to Paris Mayor Anne Hidalgo.

This is the second time this week the pride rainbow pedestrian crossing has been vandalised with homophobic slogans.

Mayor Hidalgo has since declared that the rainbow crossing will become a permanent feature in the historic district of Le Marais in response.

“Last night the rainbow crosswalk in Marais has been vandalized again. This act of homophobia won’t go unpunished.

“Paris is a city of refuge that embraces the Republican values of freedom, equality and fraternity. In order for these values to be recorded forever, the rainbow pedestrian walkways created for Gay Pride will be permanent!”

As part of the announcement, two more pedestrian crossings will be painted with the rainbow colours.

The graffiti has since been removed.