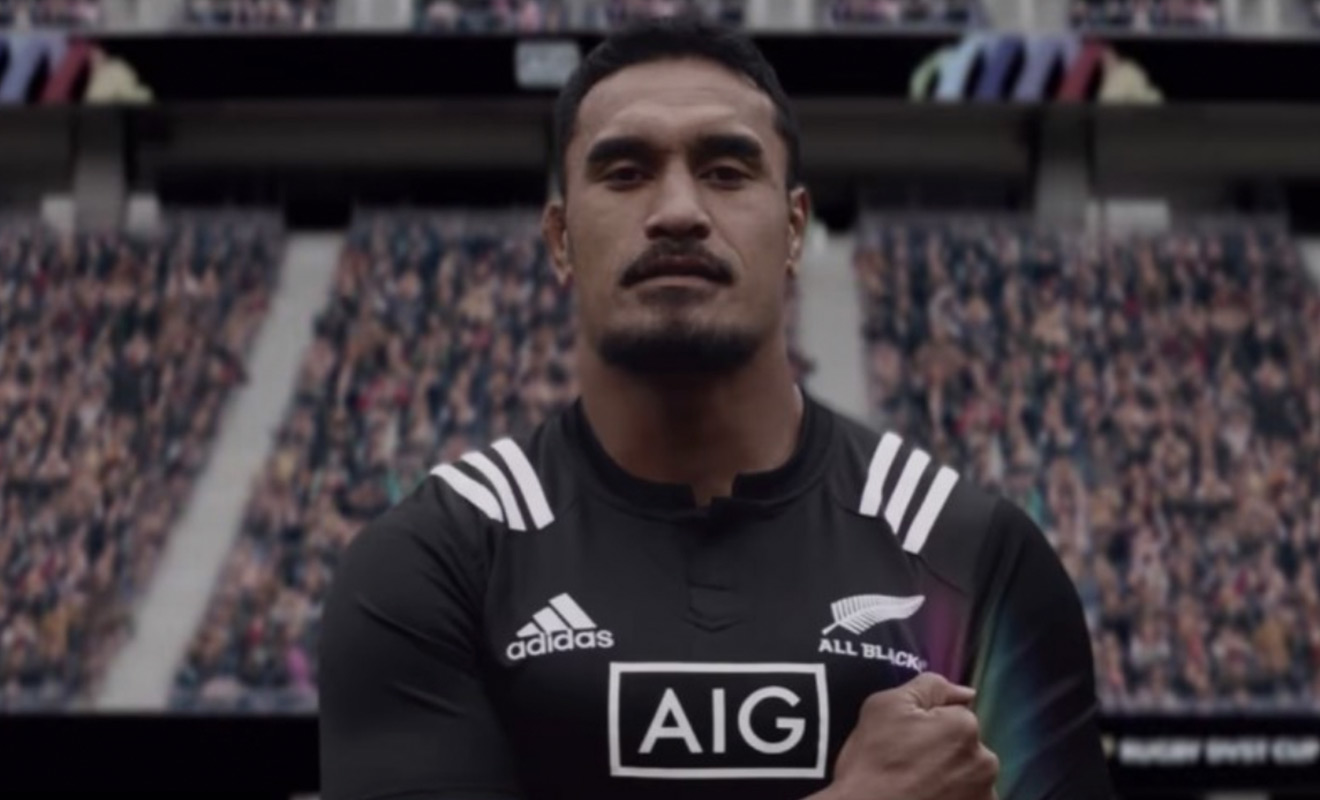 New Zealand’s All Blacks and Black Ferns have taken a stand for inclusiveness, diversity and LGBT support alongside their sponsor AIG Insurance with a change in their uniform.

The new uniform is an entirely new kind of fabric – black on the surface, but when stretched, reveals the colours of the rainbow.

A special dyeing technique was developed to create the “United Black Fabric”, a new symbol for AIG’s ‘Diversity Is Strength’ campaign to stand against discrimination and prejudice in any form.

The new uniform features in an advertising video for the company, showing members of New Zealand’s men’s and women’s senior rugby teams at a stadium in Japan with fans waving rainbow flags.

“The next battle is different,” the haunting voiceover says.

“The next enemy is truly formidable and deeply devious.

“It is discrimination – an enemy that cannot be fought alone and must be defeated together.

The All Blacks with their right hand stretch the left chest of their uniform revealing the hidden rainbow colours.

The timely release of this video comes after Australian rugby star Israel Folau sparked heated debate over his gay people would go to hell if they did not repent comment.

The All Blacks #diversityisstrength campaign will push to stop the injustice of discrimination on the basis of sexual orientation, gender, physical and mental abilities, race and nationality.