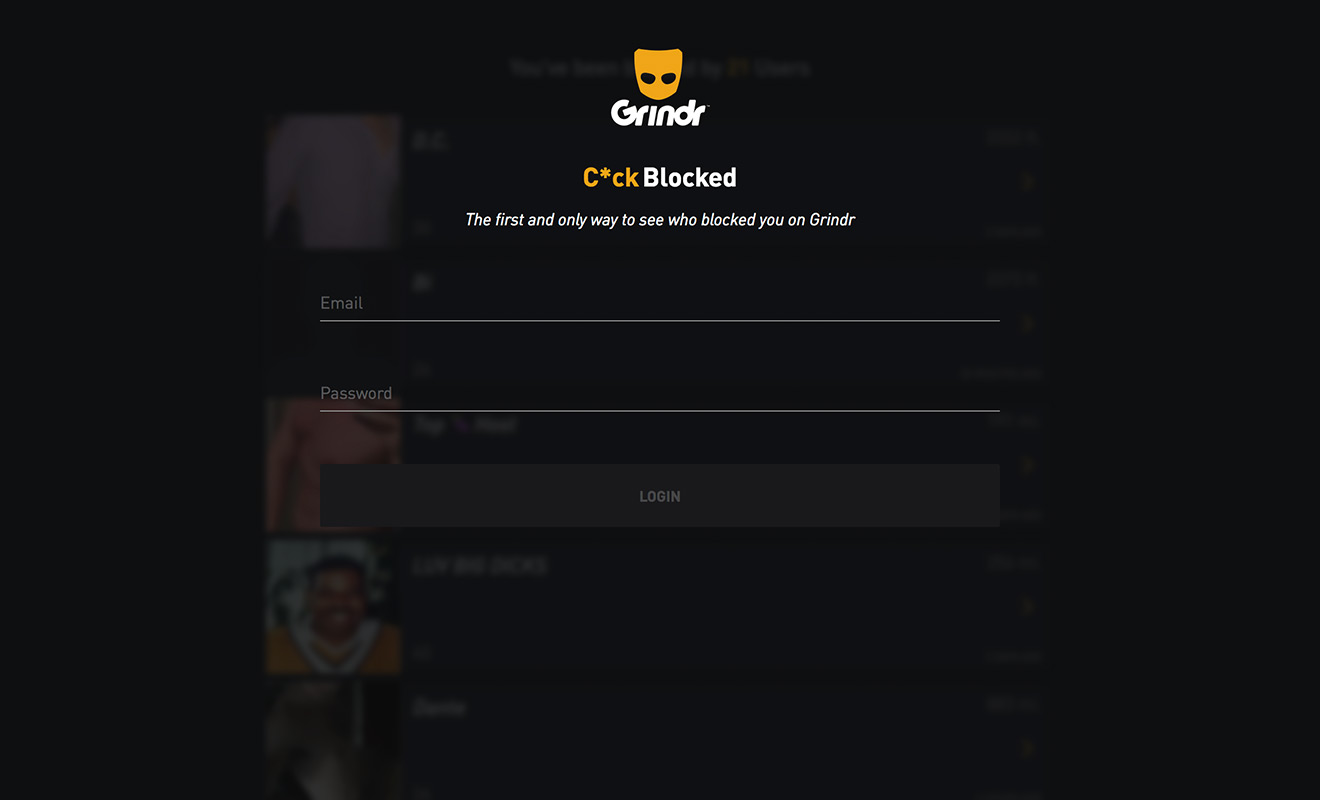 There’s always an app for that, now Grindr users who want to see everyone who has blocked them can. Tech developer Trever Faden has created a website called C*ckblocked.

Speaking with website Queerty, Faden explained that he “discovered that Grindr actually gives each user the profile IDs of all the users who blocked you on the app.They don’t display it anywhere on the actual app itself, but the data is there.

“So, I decided to build C*ckblocked, basically you can log in with your Grindr creds and it’ll show you all the users who blocked you on the app.”

Faden, a gay man, tested the program out on his own account and was surprised by whom had blocked him.

“Some guys were completely random–why’d they block me!? (I’m looking at you Plaid Shirt-clad “D.C. Guy”!) Others were people I had spoken to in the past. I even saw a friend of mine on there! That was an odd conversation to have.”

Faden predicts that the website functionality will eventually be shut down.

“I assume Grindr will shut it down within a week,” Trever says, “or patch the API I’m using so that it no longer displays the data, but I figure in the meantime, it’s interesting data that could spark some silly conversations.”