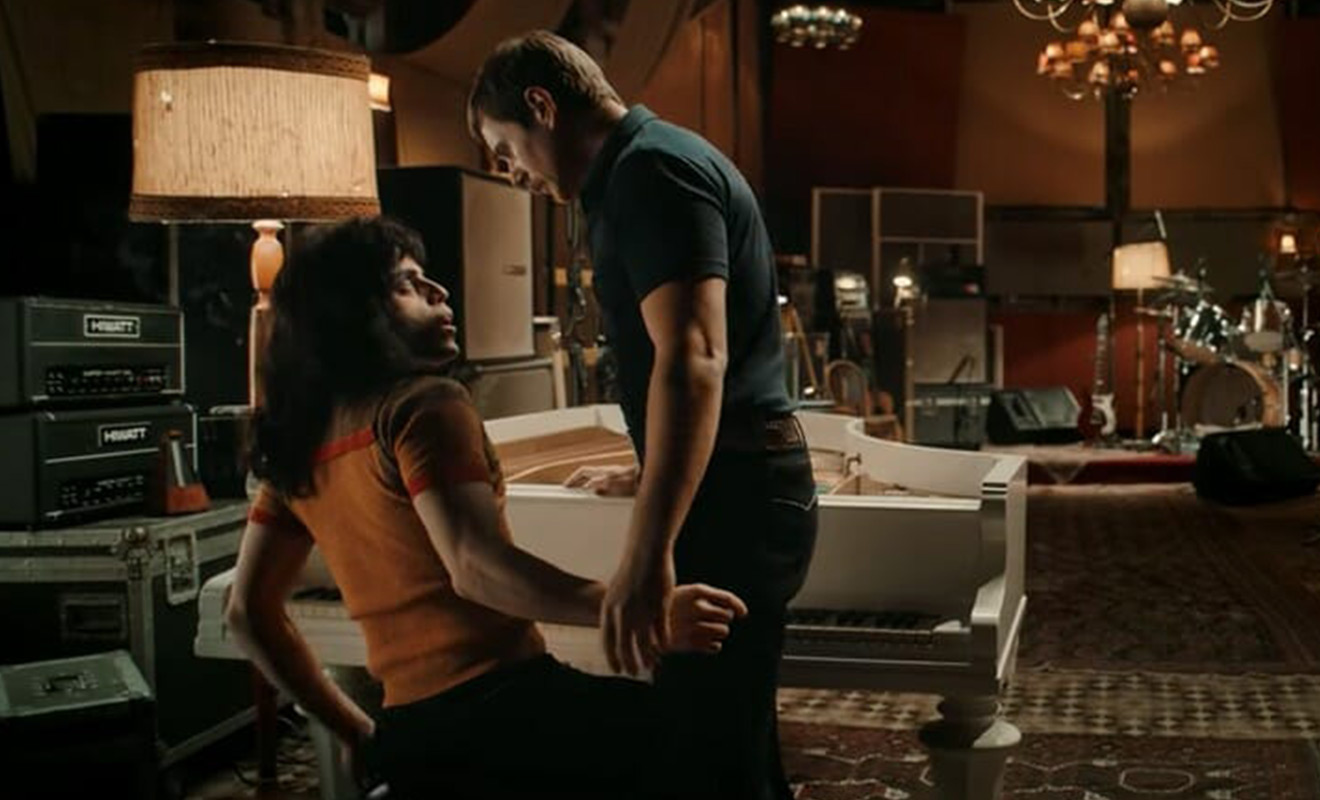 For those who cried foul that the first official movie trailer for the upcoming biopic Bohemian Rhapsody was ‘straight-washed’, fear not because the second trailer released this week is camp as and addresses Queen lead singer Freddie Mercury’s sexuality plus HIV.

“There’s only room in this band for one hysterical Queen,” actor Rami Malek who plays Freddy Mercury says to band mate Roger in the clip.

The 2 minute 30 clip also shows the media enquire about Mercury’s private life, an encounter with another man and the megastar questioning how long he has left in life, presumably in reference to living with HIV.

Watch the new clip below.