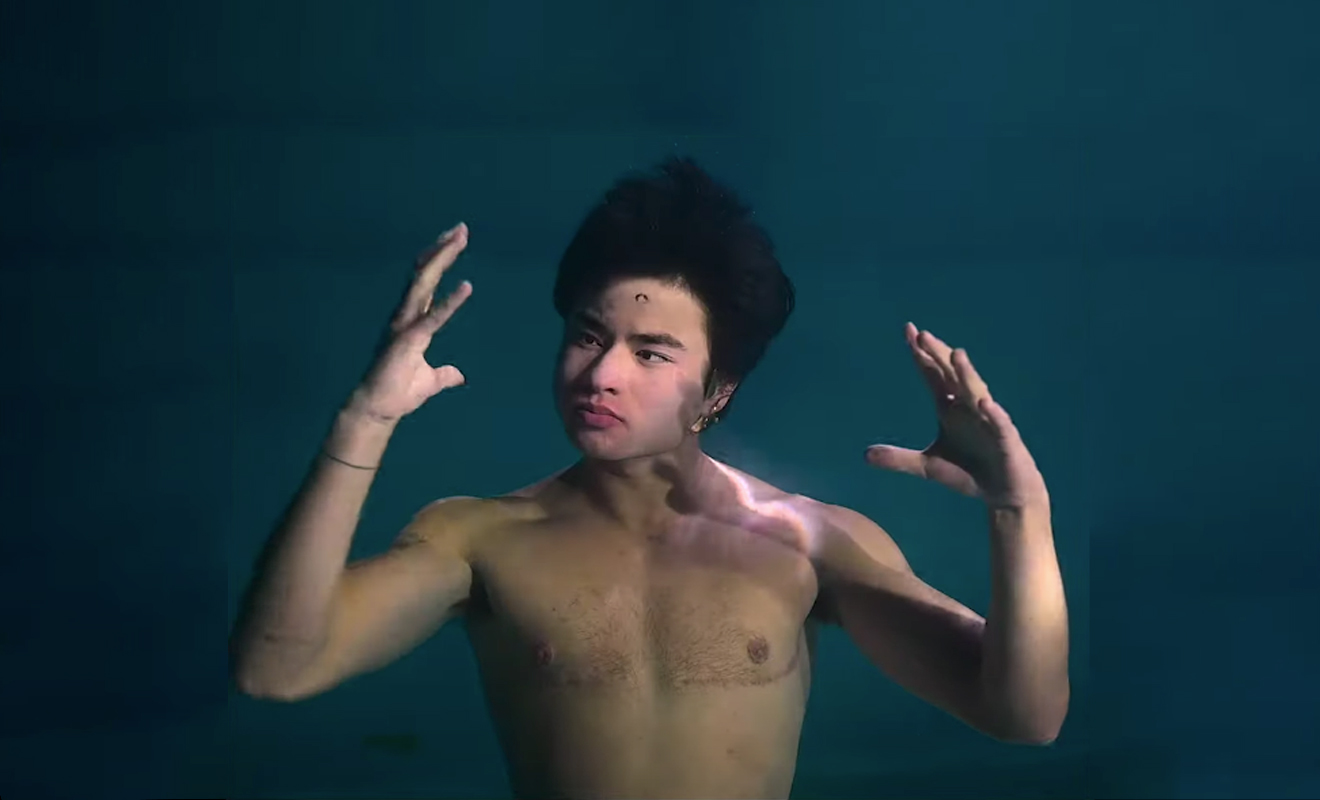 From Man's Film, The Beauty of Being Deaf (Chella Man/Screencapture via Youtube)

Chella Man, a model, artist and activist, has been revealed as the new face of YSL Beauty becoming the first trans man in this role, reports NY Daily News. Chella Man revealed his partnership with YSL Beauty as part of their Nu Collective skin and makeup range alongside other Gen Z influencers.

In a video posted to his instagram, Man celebrates his top surgery scars saying, “My scars are radiant, they show where I’ve been… top surgery allowed me to make my body a home, and my scars will always remind me of this liberation.”

“My scars are the things that make me who I am. They’re a privilege to bear. My scars are my signature,” he says.

The 22-year-old artist, is well known through his activist work and openness in sharing his life experiences online, as he also identifies as genderqueer, Jewish Chinese-American and lost his hearing at age 4.

This isn’t the first time Man has made history. He also became the first Deaf transgender model to sign to IMG Models in 2018, and was cast in DC’s digital series Titans, the next year. Man was cast as Jericho, a mute superhero who uses sign language to communicate with his teammates.

In an interview with CNN last month, Man discussed the lack of representation in mainstream media and having to become his, “own representation.” In his most recent art project, The Beauty Of Being Deaf, Man collaborated with fashion brand Private Policy to design and create flexible jewellery to accentuate and celebrate hearing aids and cochlear implants.

The jewellery was created alongside a short film that was shot underwater that Man said he has, “manifested since childhood.” In the short film, a number of other Deaf artists perform his poetry through sign language. Man said, “what’s more beautiful than the ability to communicate underwater? I never thought I would see the film come to life.”