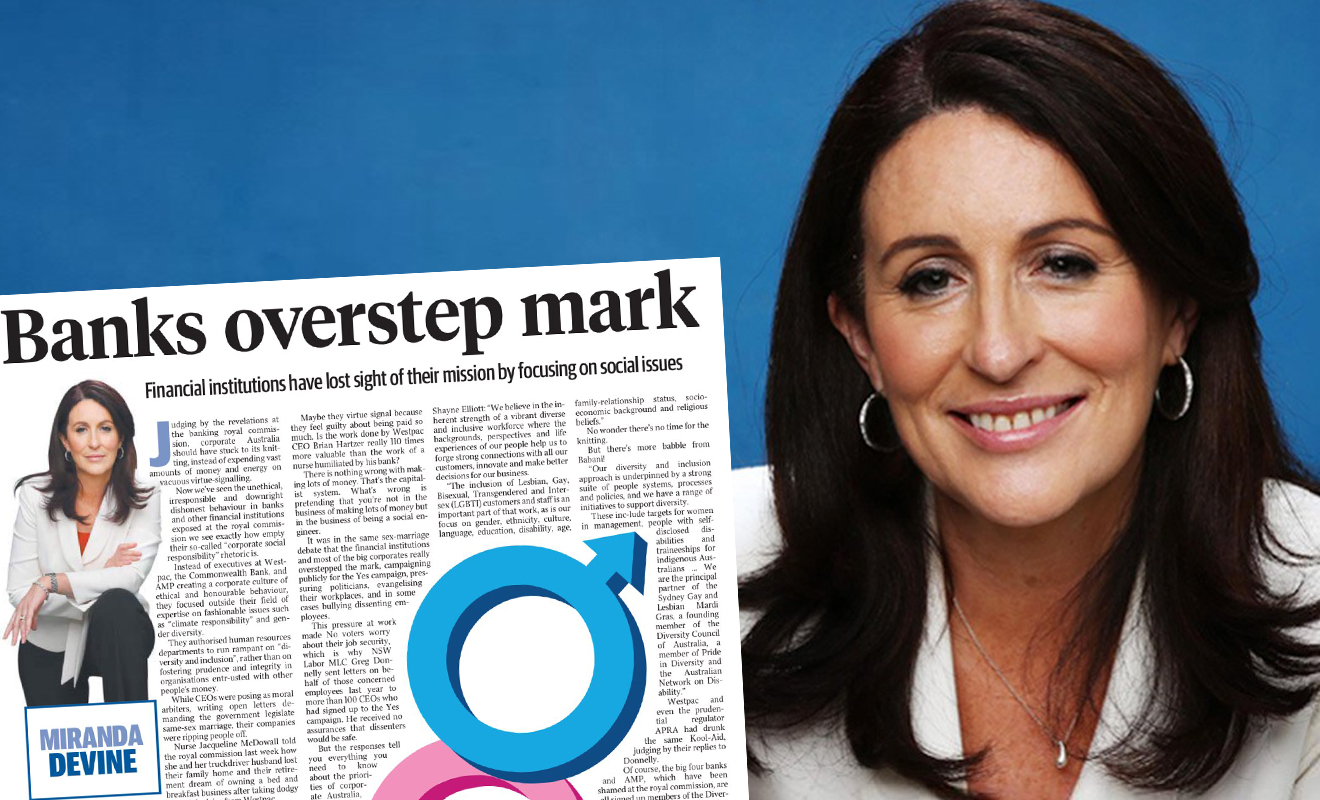 Controversial opinion writer, Miranda Devine has cited social issues and the LGBT community as the reason Australia’s major banks are “now seen as unethical, irresponsible and downright dishonest” as exposed in the current royal commission into banks.

“Instead of executives at Westpac, the Commonwealth Bank, and AMP creating corporate culture of ethical and honourable behaviour, they focused outside their field of expertise on fashionable issues such as ‘climate responsibility’ and gender diversity.” Devine wrote in an article published today.

The Daily Telegraph writer has long held issue with the LGBT community, regularly speaking out against issues like same-sex marriage and gender diversity to fill column space.

Devine attributes the failure of Australia’s major banks, as exposed in the royal commission, on CEOs “posing as moral arbiters” during the same-sex marriage debate.

Devine was one of the No campaign’s most vocal supporters. She accuses the bank CEOs of virtue signalling, social engineering, “overstepping the mark” and “bullying” employees who didn’t support the Yes vote at the time of the same-sex marriage debate in order to justify their guilt for being paid high salaries.

DNA has contacted the accused banks for comment and will update this article when they respond.