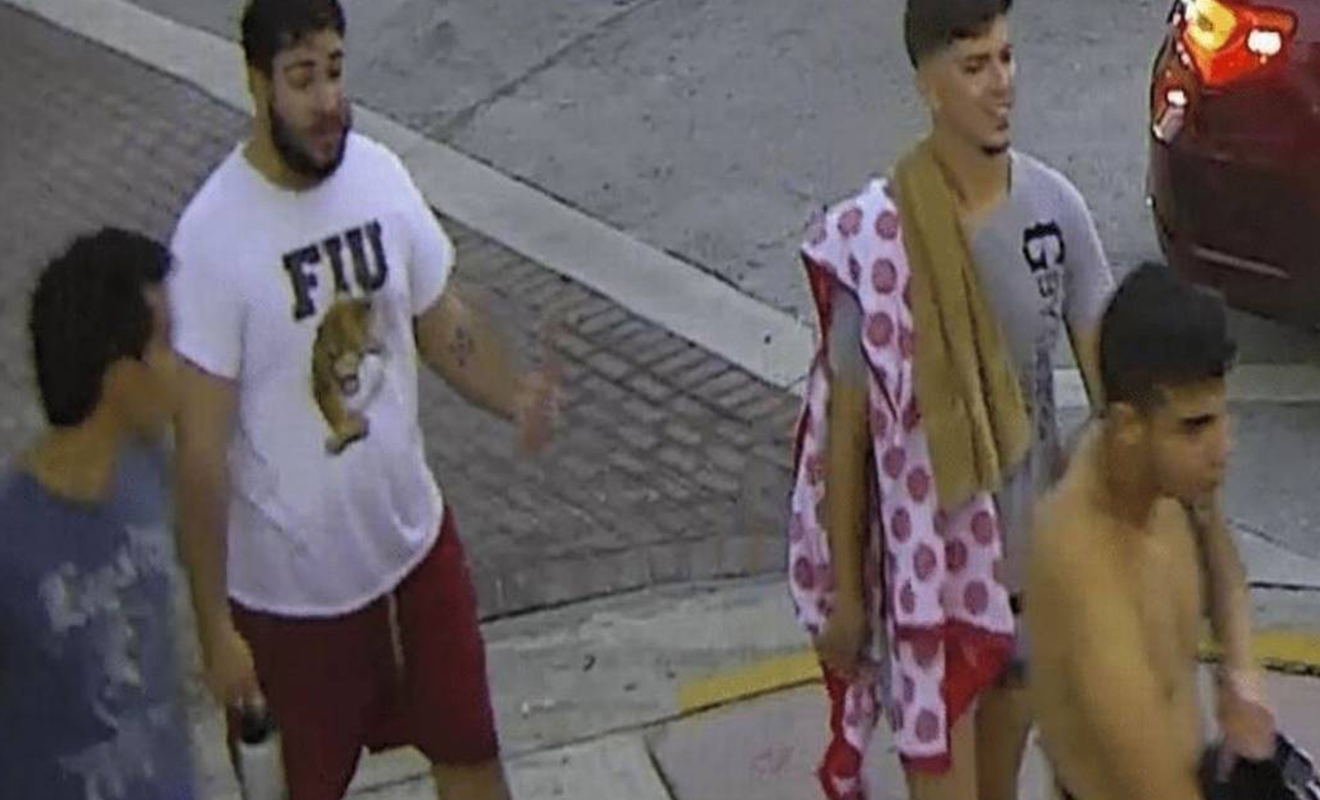 The search of four men alleged by Miami police to have been involved in the violent attack on gay couple, Rene Chalarca and Dmitry Logunov, and a man who tried to help them after the Miami Beach Gay Pride parade on Sunday, has seen the men turn themselves into police.

Police released video of the attack to the public with local media reporting that the men were subjected to Spanish gay slurs yelled at them during the attack.

“What you see on the video continues. And it continues once they are on the ground and they continue to be attacked and violently punched,” said Ernesto Rodriguez of Miami Beach Police.

Miami police have since confirmed that the four men who were sought in the assault surrendered through their attorney and were identified as Luis M. Alonso, Juan C. Lopez, Adonis Diaz and Pablo Reinaldo Romo.

Police said they anticipate felony charges for each of them.