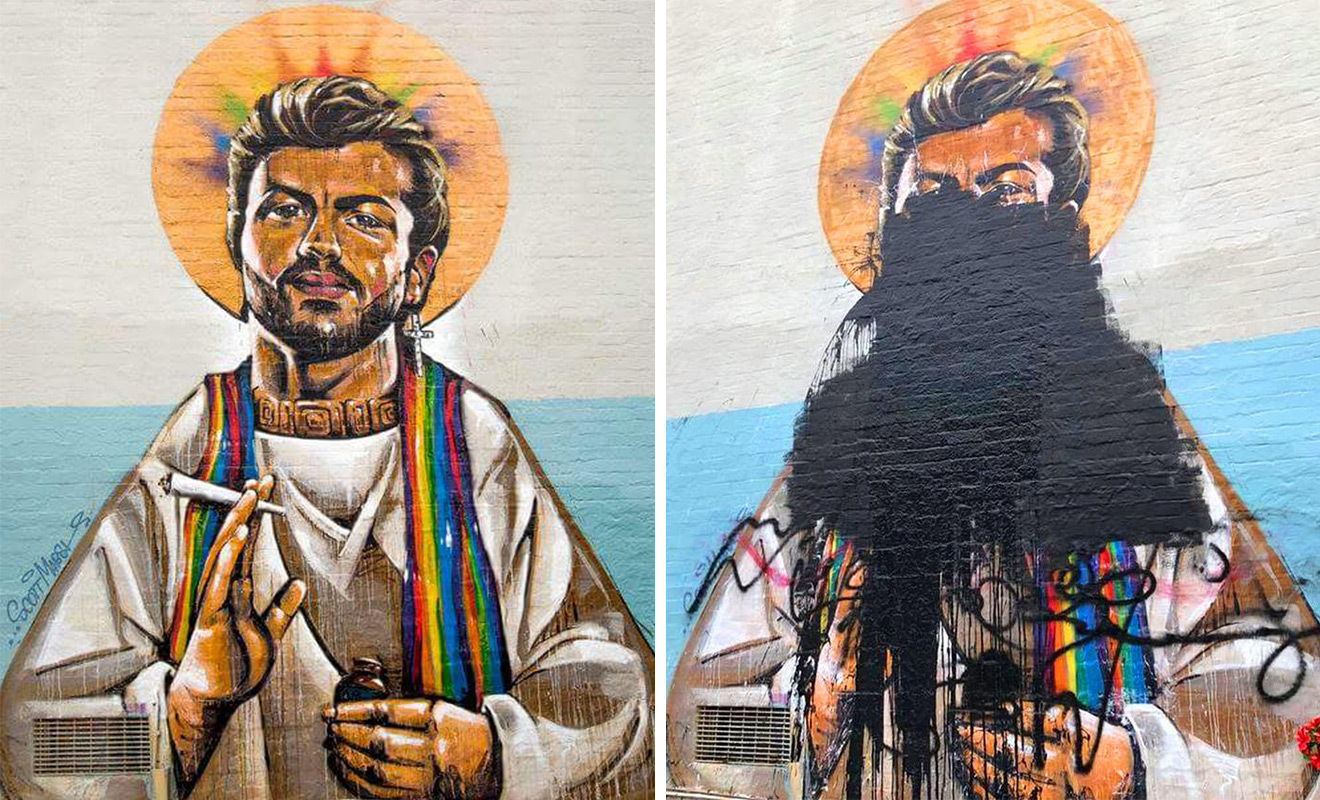 Not long after Australia voted ‘Yes’ for same-sex marriage in 2017, 24-year-old Ben Gittany was filmed painting over a mural of George Michael in the Sydney suburb of Erskineville.

At the time of the crime, Gittany was filmed saying that he was “defending my religion” as he covered the seven-metre tall mural with black paint.

This week, Gittany was found guilty of malicious damage and ordered to pay $14,000 and given 300 hours of community service for his crime by Magistrate Carolyn Huntsman in the Newtown Local Court.

In court, Gittany said that due to his Catholic faith, he believed the art was “offensive to me because it was a mural of Jesus holding drugs in full view of everyone.”

Magistrate Huntsman ruled Gittany’s religious beliefs was not a “reasonable excuse” for his offence.

“We are not a society that allows people to take the law into their own hands to assert their different point of view,” she said.

After the ruling, supporters of Gittany posted threatening messages to the magistrate and the courthouse in the Facebook Group ‘Christian Lives Matter’.