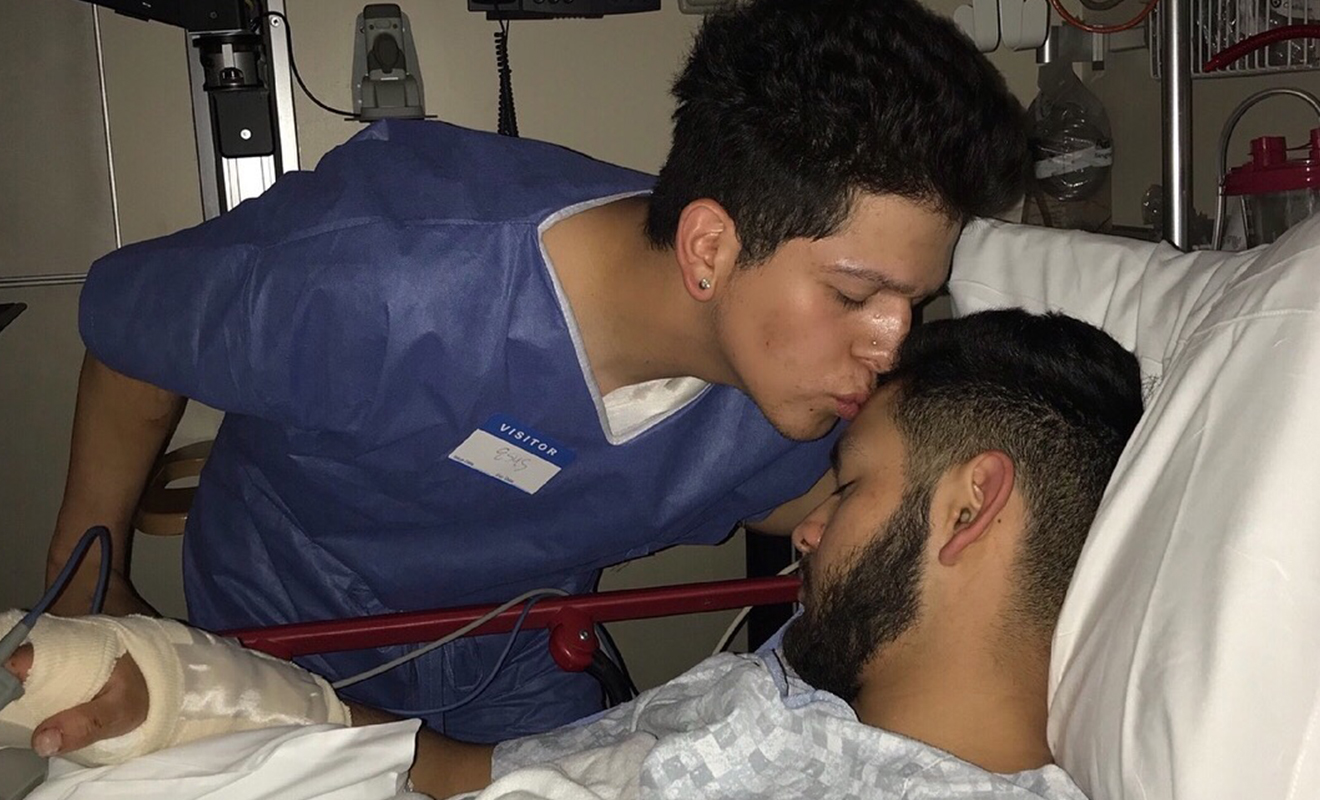 A man has been arrested and is currently being held for first-degree assault in relation to the stabbing of two gay men over the weekend.

NBC News reports that 24-year-old Dylan Payne is in custody for verbally abusing gay couple Christopher Giovanni Huizar, 19, and Gabriel Enrique Roman, 23 before attacking them with a knife.

The couple who were walking home hand-in-hand in Denver, Colorado when he said he heard a man yelling homophobic slurs. The couple reports the man shouted, “fuckin’ faggots” then stabbed Huizar in the neck.

Speaking with TV station KUSA, Roman said he tried to stop the attack and was stabbed in the hand and back.

The couple had set up a gofundme page to help cover their medical bills and raised more than their $5,000 goal in one day.