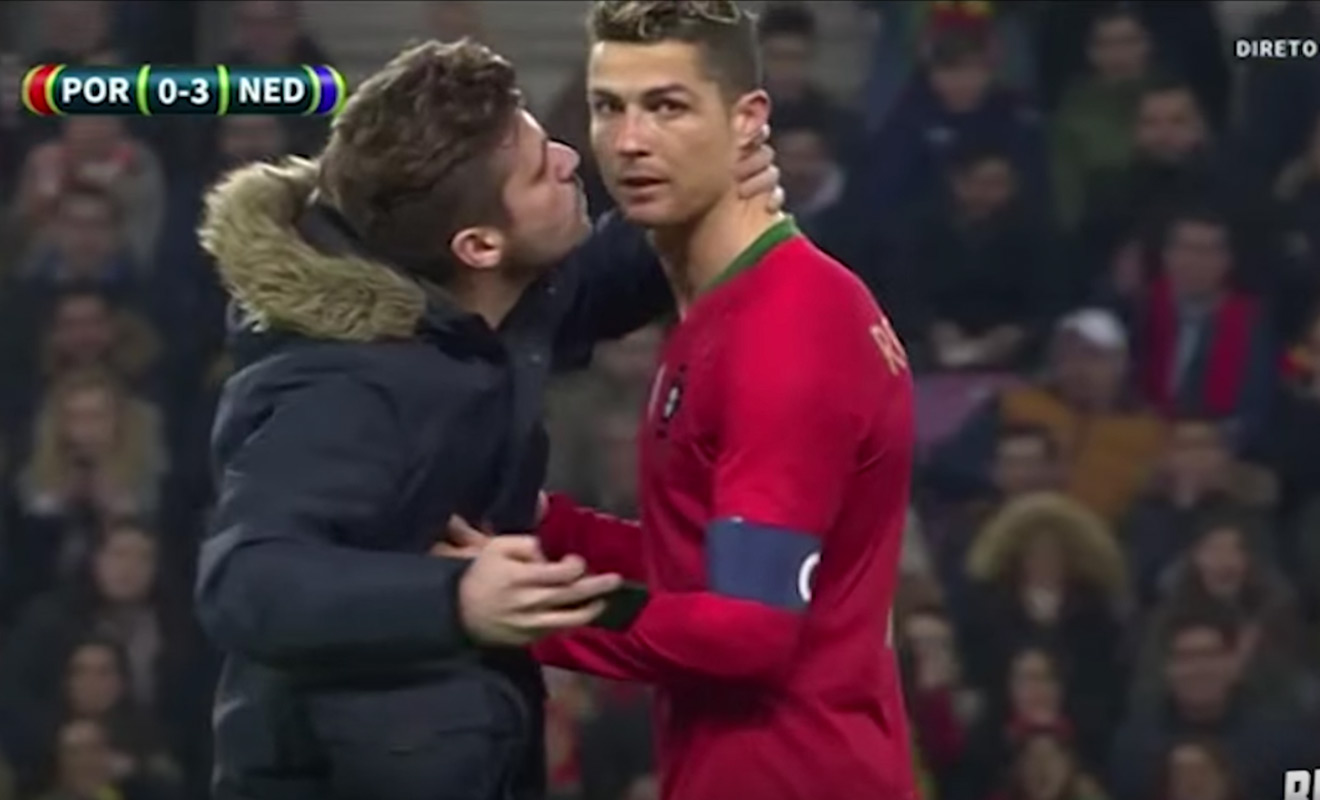 Hey, why not! Footage of a male football fan (living out most gay men’s dream) kissing Cristiano Ronaldo during an international match between Portugal and the Netherlands is circulating online.

The match held at Geneva’s Stade de Genève was interrupted several times by people running onto the field. Unfazed by the attention, Ronaldo can be seen shaking his head as security collect a second man trying to get close to the Real Madrid player.

The kiss was caught on camera and can be seen below: