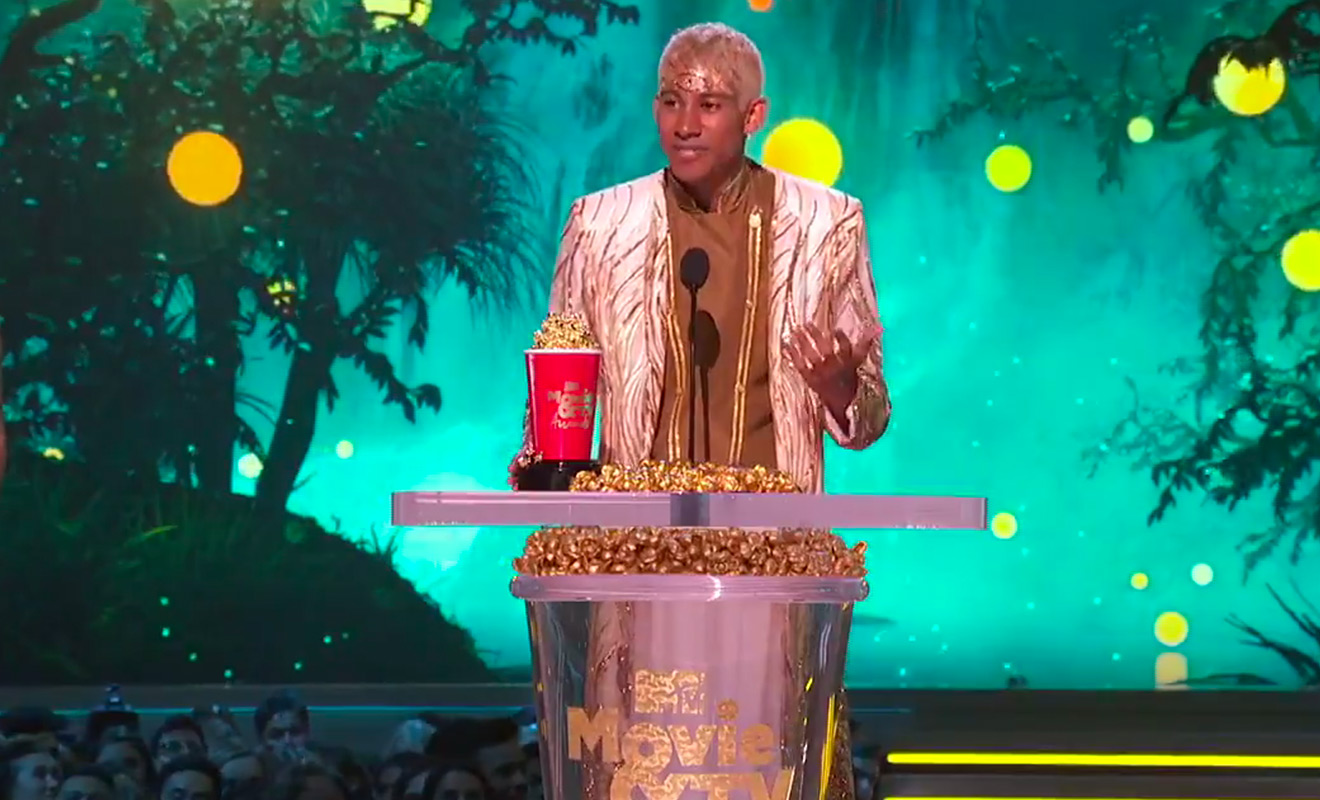 Accepting the Golden Popcorn for Best Kiss at the 2018 MTV Movie & TV Awards on Saturday night, actor Keiynan Lonsdale spoke to ever kid watching, “live your dreams” and “kiss the one that you love no matter what gender they are.”

The memorable kiss between Lonsdale and lead actor Nick Robinson – who could not make it to the award ceremony – took place towards the end of the film when the pair pashed on a Ferris wheel as friends cheered on.

Up against kiss scenes from Jane the Virgin, Ready Player One, Riverdale and Stranger Things. The coming-of-age film, ‘Love, Simon’ is the second gay kiss in a movie to win the award, Ashton Sanders and Jharrel Jerome’s kiss from Moonlight won last year.

Watch the speech below: