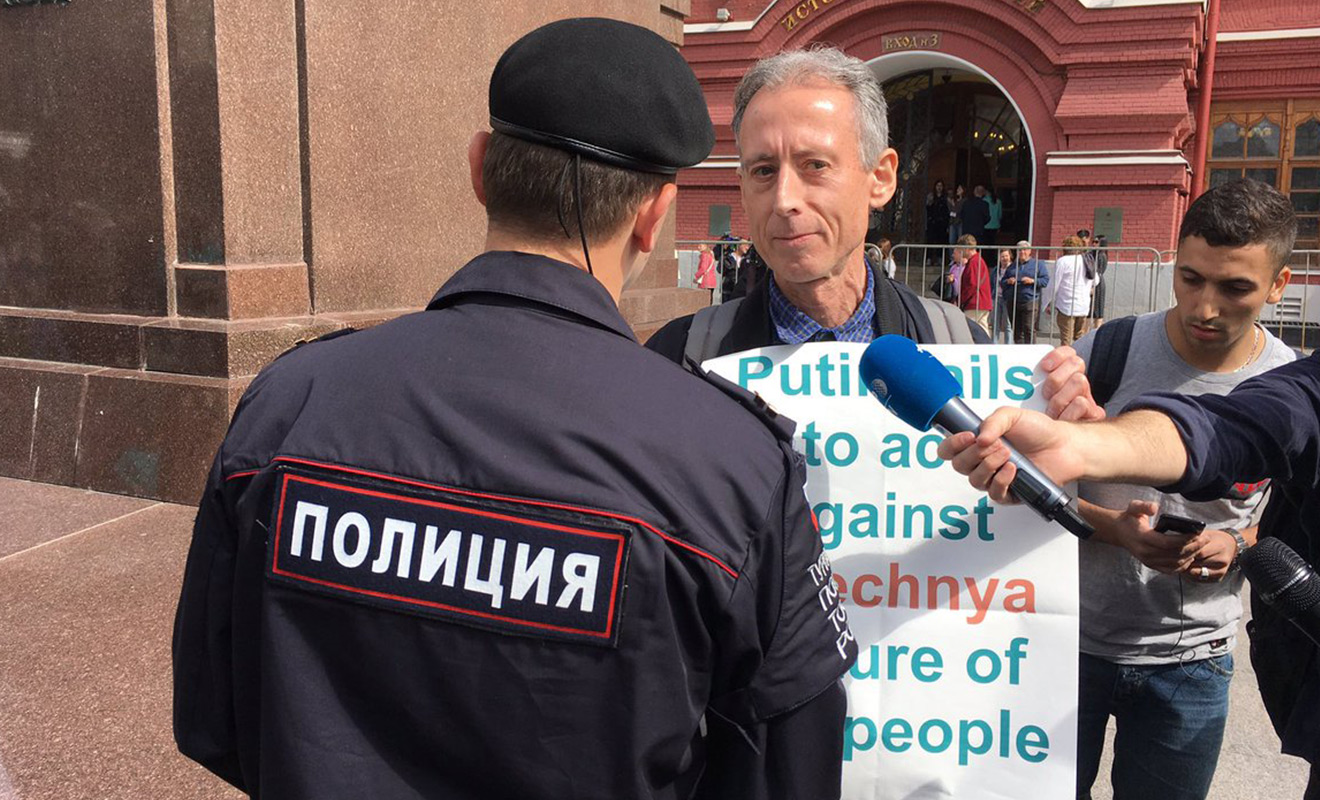 British LGBT rights activist campaigner Peter Tatchell has been arrested in Russia at the World Cup.

His one-man-protest took place at Moscow’s Red Square where he was apprehended by several police officers and taken to a police station for questioning before being released.

Russian police told Tatchell that according to Russian law it was illegal to hold such protests during the tournament.

Reuters reports that after a “long conversation”, Tatchell was allowed to walk to a nearby a patrol car where he was questioned before being driven away to a police station.

The Aussie born activist said: “I was exercising my lawful right to protest, under the Russian constitution, which guarantees freedom of expression and the right to protest.

“What I did, requires no permission from the authorities and the police.

“Getting arrested is standard for Russians who protest for LGBT rights or against corruption, economic injustice and Russia’s annexation of Crimea and its bombing of civilians in Syria.

“Unlike brave Russian protesters, I have the ‘protection’ of a British passport, which means I have been treated more leniently than they are.

“My fate was mild compared to what often happens to Russians who dare to challenge the Putin regime. I am awed by their courage.

“President Putin has failed to condemn and act against the homophobic witchhunts in Chechnya, which have seen scores of LGBT+ people arrested and tortured, with some even being killed.”

Free at last! Well I was only detained for 1hr40mins. Here is footage of my arrest. Solidarity with fellow LGBTs in Russia and Chechnya. #RainbowRussia and #WorldCup2018 video: https://t.co/ha6DalVVVm