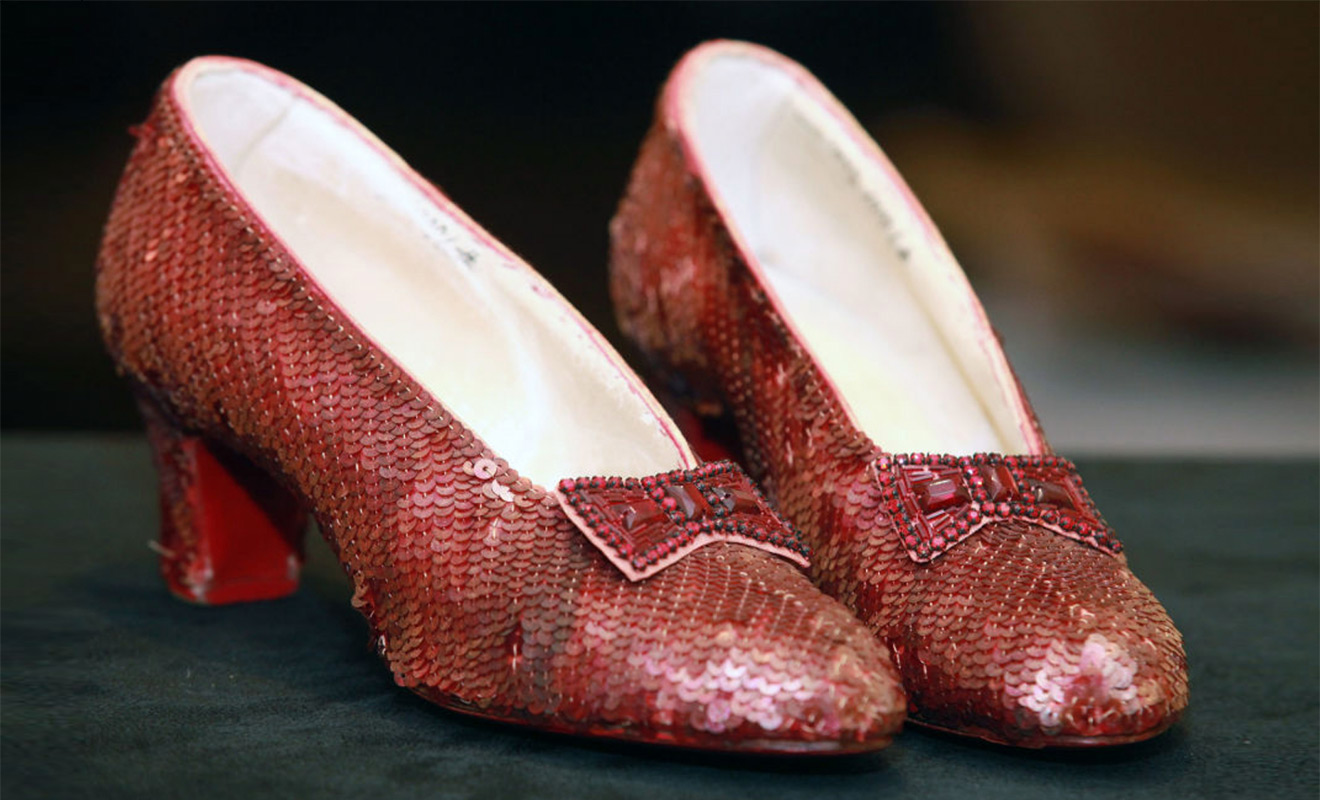 Stolen from the Grand Rapids Judy Garland Museum in August 2005, one of the four pairs of ruby slippers worn by Garland in the 1939 The Wizard Of Oz movie has been found by the FBI.

The shoes are believed to be one of the most valued props in movie history, at the time of the theft, the pair was insured for $USD 1 million, experts believe they could be worth twice that now.

The FBI has told media that after nearly a year-long investigation, the slippers were recovered in July during a sting operation in Minneapolis.

The slippers’ authenticity was verified by comparing them with another pair held at the Smithsonian’s American history museum in Washington DC.

No one has yet been arrested or charged for the theft, the FBI have “multiple suspects” and continue to investigate.

In 2005, an intruder broke into the museum at night through a window, it has been widely reported that no footprints or fingerprints were left behind by the thief. Despite the security alarm being triggered, a signal was not sent to the police, on top of this, the museum’s security camera was not working that night.

The three other pairs of ruby slippers that Garland wore in the film are held by the Academy of Motion Picture Arts & Sciences, the Smithsonian and a private collector.

Authorities reveal pair of iconic ruby red slippers worn in original “The Wizard of Oz” film, which were recovered after a years-long search.

The slippers were stolen in 2005 from the Judy Garland Museum in Grand Rapids, Minnesota. https://t.co/zZ7BBgDAQf pic.twitter.com/sXkF3vpEnR