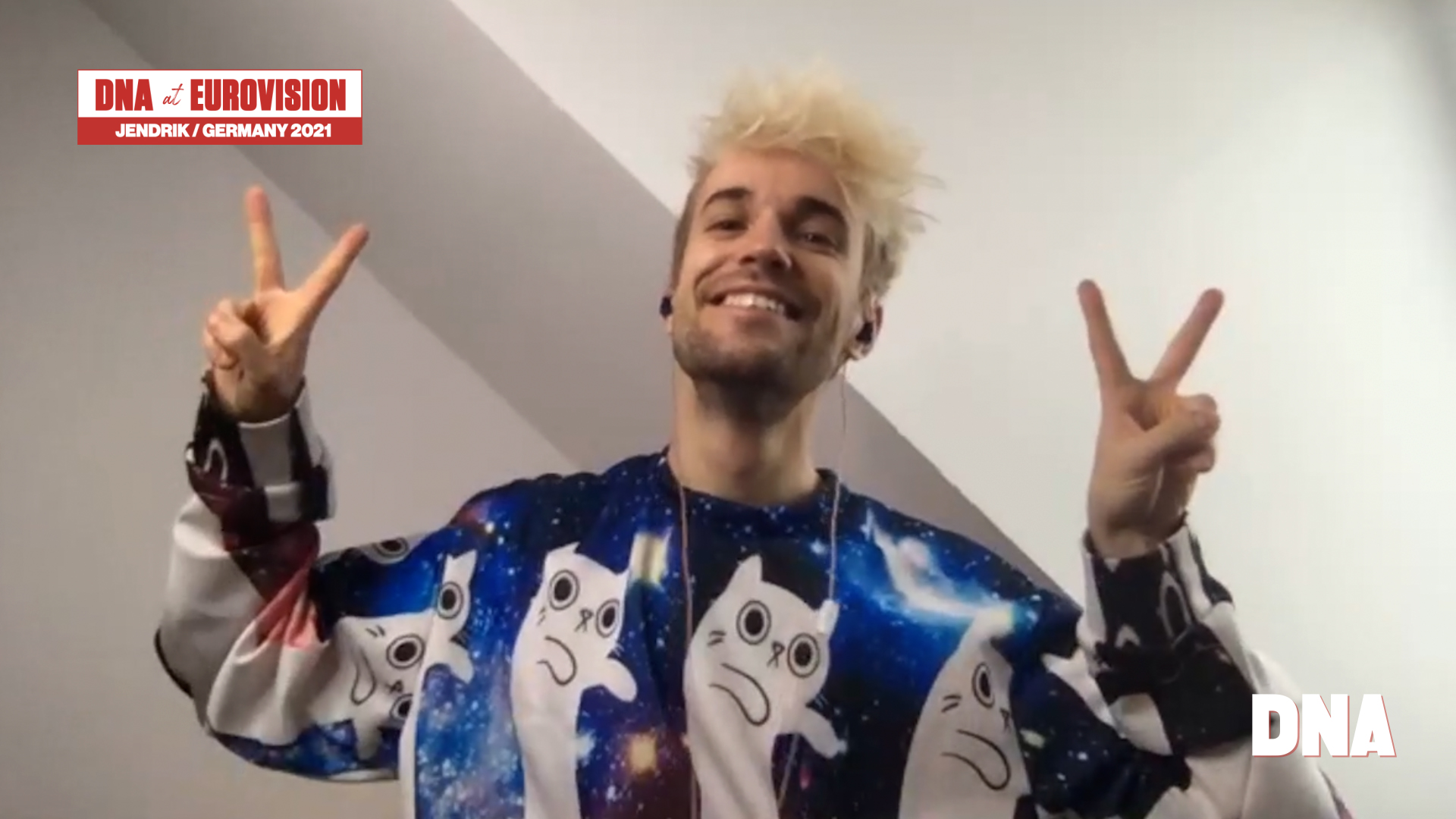 Very few people will be in attendance at Eurovision in The Netherlands this year, but we can still meet some of the artists over Zoom! In this exclusive video interview, Jendrik from Germany talks to DNA’s Eurovision expert, Cain Cooper…

Jendrik has been selected by Germany’s national broadcaster NDR to represent the country at the 2021 Eurovision Song Contest in Rotterdam. DNA’s resident Eurovision super-fan Cain caught his attention for 10 minutes to hear more about his whimsical entry I Don’t Feel Hate, which so far has inspired many people to confront their bullies.

“There’s two different types of hate,” Jendrik says. “For example, there’s the shallow hate, saying, ‘Oh your song sucks and your hair looks weird,’ and you can laugh at that and move on.

“Then there’s the other kind of hate, the disrespectful hate, the hurtful hate. Which is homophobia, which is racism, which is sexism, which is a religious hate. All those different kinds which I am trying to put into the music video and the stories. And there, I say, you should not ignore it. You should not laugh about it, you should act upon it.”

Not being a household name forced Jendrik to document the process of creating his colourful music video to the song on social media, hoping someone would notice. Funding, shooting and editing the video himself, with the help of his family and friends, Jendrik is realising his dream of being on stage at Eurovision.

In our interview, we also find out how he plans to spend his time within the COVID-safe delegation bubble during the two weeks in The Netherlands in May. The 65th Eurovision Song Contest will be broadcast live on SBS Australia 23rd May at 5am AEST (May 22nd at 9pm CEST). Give him your 12 points so he doesn’t have to alter the title of his song!

Watch the music video for I Don’t Feel Hate here: