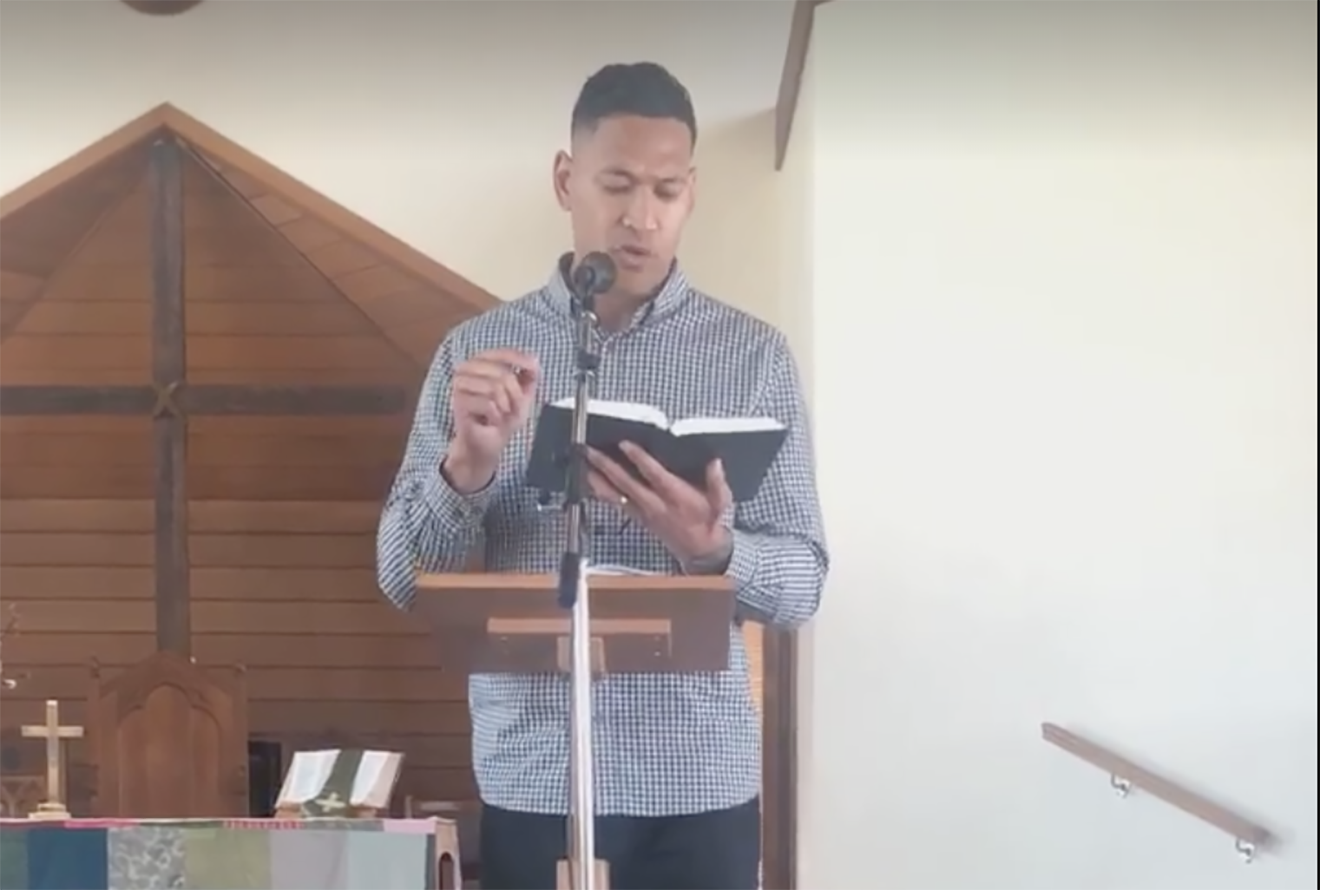 Taken from the Truth of Jesus Christ Church Facebook page

Israel Folau, the sacked Wallaby, blamed same-sex marriage and the legalisation of abortion in NSW for the bushfires and drought that are ravaging the Australian east coast during his sermon on Sunday.

In a video posted to Facebook, Folau said the timing of the bushfire crisis was not a coincidence but instead a taste of God’s judgement should nothing change.

“I’ve been looking around at the events that’s been happening in Australia, this past couple of weeks, with all the natural disasters, the bushfires and the droughts,” Folau said.

Folau then read from the Book of Isaiah in the Bible: “The earth is defiled by its people; they have disobeyed the laws, violated the statutes and broken the everlasting covenant. Therefore a curse consumes the earth; its people must bear their guilt. Therefore earth’s inhabitants are burned up, and very few are left.”

Folau links the passage to the twin disasters of bushfire and drought to the legalising of same-sex marriage and abortion.

“The events that have happened here in Australia, in the last couple of years – God’s word says for a man and a woman to be together … they’ve come and changed this law. Abortion, it’s OK now to murder, kill infants, unborn children,” Folau said.

Despite parts of Australia being in drought for the past seven years Folau says he believes the scripture is talking to Australia. “Look how rapid these bushfires these droughts, all these things have come in a short period of time. Do you think it’s a coincidence or not?

“God is speaking to you guys. Australia you need to repent and take these laws and turn it back to what is right,” Folau said.

Unsurprisingly, his comments haven’t gone down well with the Australian community with conservative radio host Allen Jones telling him to “button up”.

ABC has published how people can help donate to support fighting the bushfires.